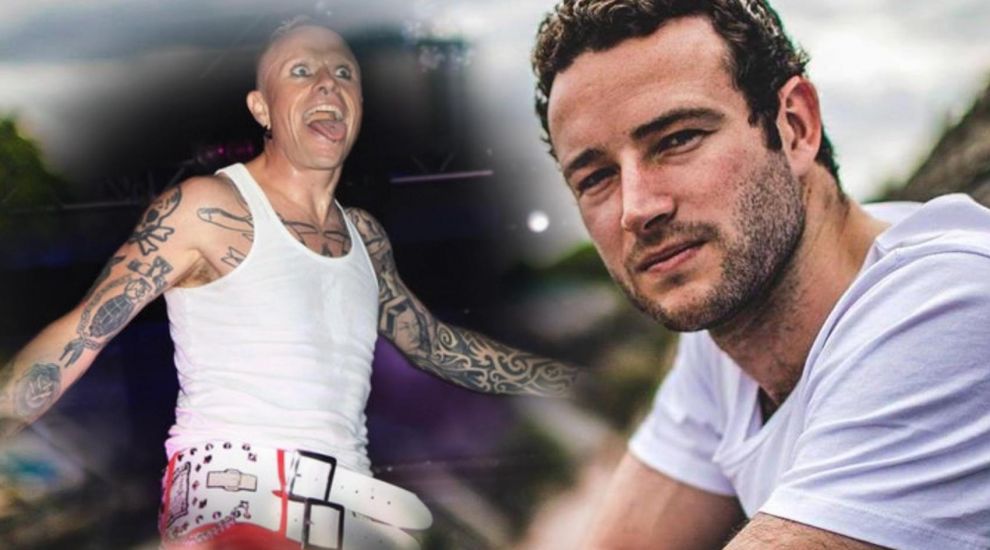 A local spoken word artist has penned a powerful poem tackling male suicide in tribute to Prodigy star Keith Flint, who was this week found dead in his home, in the hope that it will get other men to start talking about their problems.

The ‘Firestarter’ singer, who was famous for his wild haircuts, plentiful tattoos and contribution to the British electronic music scene throughout the 1990s, was discovered on Monday morning.

Friends of the 49-year-old later confirmed that he had taken his own life.

Video: 'Firestarter', one of the Prodigy's best known tracks.

The news, which sent shockwaves across the music community, inspired an elegy from Jersey-born wordsmith and mental health ambassador Christian Foley, who admits having previously personally struggled with his psychological wellbeing.

Touching on themes of drug use, alcoholism and suicide, the rapper's poem brings to the fore the often buried subjects of male fragility and mental health struggles – issues which, when not talked about or dealt with, can have tragic consequences.

It references other famous male musicians who have taken their own lives, including Linkin Park singer-songwriter Chester Bennington and rapper Mac Miller.

Speaking about the meaning behind the lyrics, Christian told Express: "I was walking home thinking about the word "prodigy" and what it implies. It's all about talent and potential. Every man seems to have the potential to self destruct. What is about us, in particular, that lends itself to ending our lives? It must be at least partly rooted in our beliefs of what it is to be a man, 'a strong, silent man'."

He continued: "Keith Flint's story is personal to me, as a musician, but also as a man, who previously felt that I couldn't admit, from fear of judgement, how weak I was, how much I needed help - and that philosophy is a dangerous one - it has killed many, and nearly did me."

According to the Office of National Statistics, around three quarters of suicides in Great Britain are committed by men.

It’s not the first time the rapper has sought to get tough on the male mental health taboo.

A track released last year, ‘Talk’, aimed to encourage more men to discuss their own experiences and emotions more openly.

Christian's debut album 'Excommunication', which was released last month, is strongly centred around the theme too. Its second track, 'Boys', explores the topic in depth.

Former Jersey Live organiser Warren Holt, who brought the Prodigy to Jersey in 2008, also paid tribute to the Prodigy's frontman.

He said he was “absolutely gutted” to learn of his death, adding: “Keith Flint was a unique man and music pioneer. I am very proud to have booked The Prodigy in 2008, for many this was the best ever live performance in the Channel Islands. Sincere condolences to family and friends, and may peace be with you, Keith Flint.”