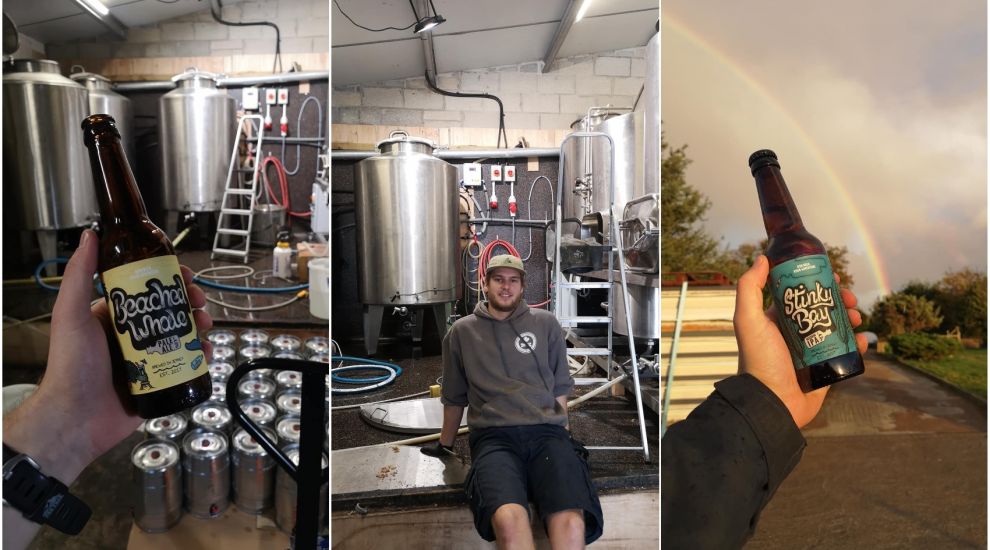 The Stinky Bay team has shared with Express how they made a success of one of their wildest years yet, and how their next brew's name may jokily combine news and booze.

Though pubs have been closed on-and-off throughout the lockdowns and restrictions of the past year, locally brewed beer has never been far out of reach, thanks to delivery services from breweries such as Stinky Bay Brewing Co.

For Matt Topman, who initially founded the brewery four years ago with friend Digby Ibbotson, despite the many uncertainties of 2020, it proved to be the year he finally had the certainty that the beer had found a place in the hearts of islanders.

As he gears up for hospitality reopening, and a potential new raft of Stinky branded drinks and specials, Express spoke to Matt about Stinky Bay’s rise from a home brewing project into the full blown local brewery it is today… 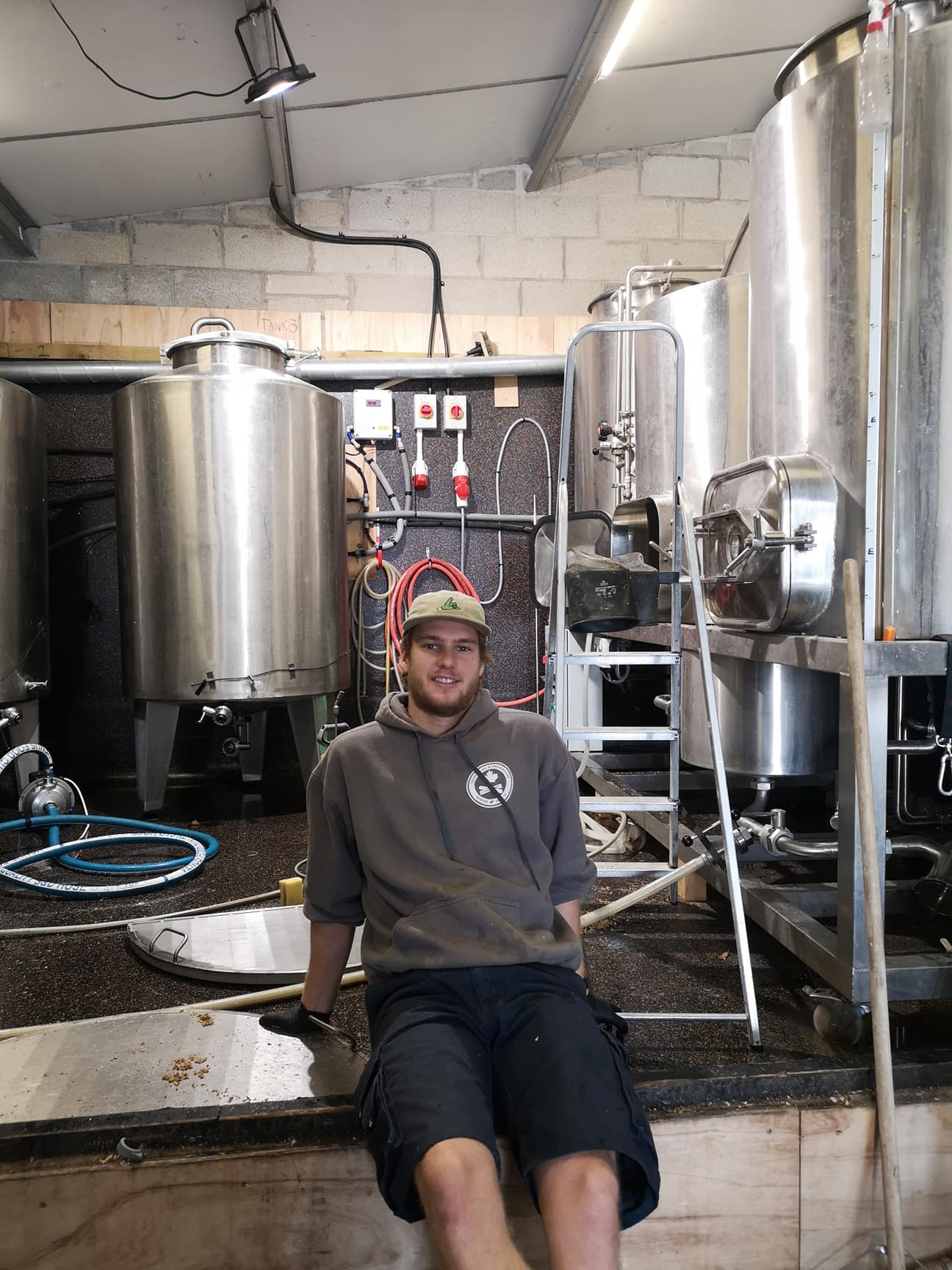 Pictured: Matt Topman founded the Stinky Bay brewery alongside friend, Digby Ibbotson, back in 2017. Though his partner has now moved on from the business, Matt continues to manage it in true local fashion: “with a little help from family and friends.”

Though the company has technically been running for four years, having started up in 2017, Matt said he felt it was more like two, with the first two years spent trialling brews and feeling out demand.

“In the first year we started off really small, essentially with large home brewing equipment just to get a feel to see if there was room to start a brewery in Jersey… and then we changed over, bought in new kit," he explained. "We had some issues of getting the kit etcetera, so we essentially lost the rest of that year.

“So 2019 was really our first year coming into it with the capacity to produce a reasonable amount with a stable customer base – demand was definitely excellent, we ran out towards the end of summer.”

Then in 2020, a proverbial storm that doesn’t need any introduction hit the bay, along with the whole island. The pandemic, however, presented surprises for the team at Stinky Bay after a rocky start to the year.

“We along with everyone else thought, ‘Let’s weather the storm'... Beer takes time to ferment and package and bottle, so we’ve got to think sometimes a couple of months ahead," said Matt. 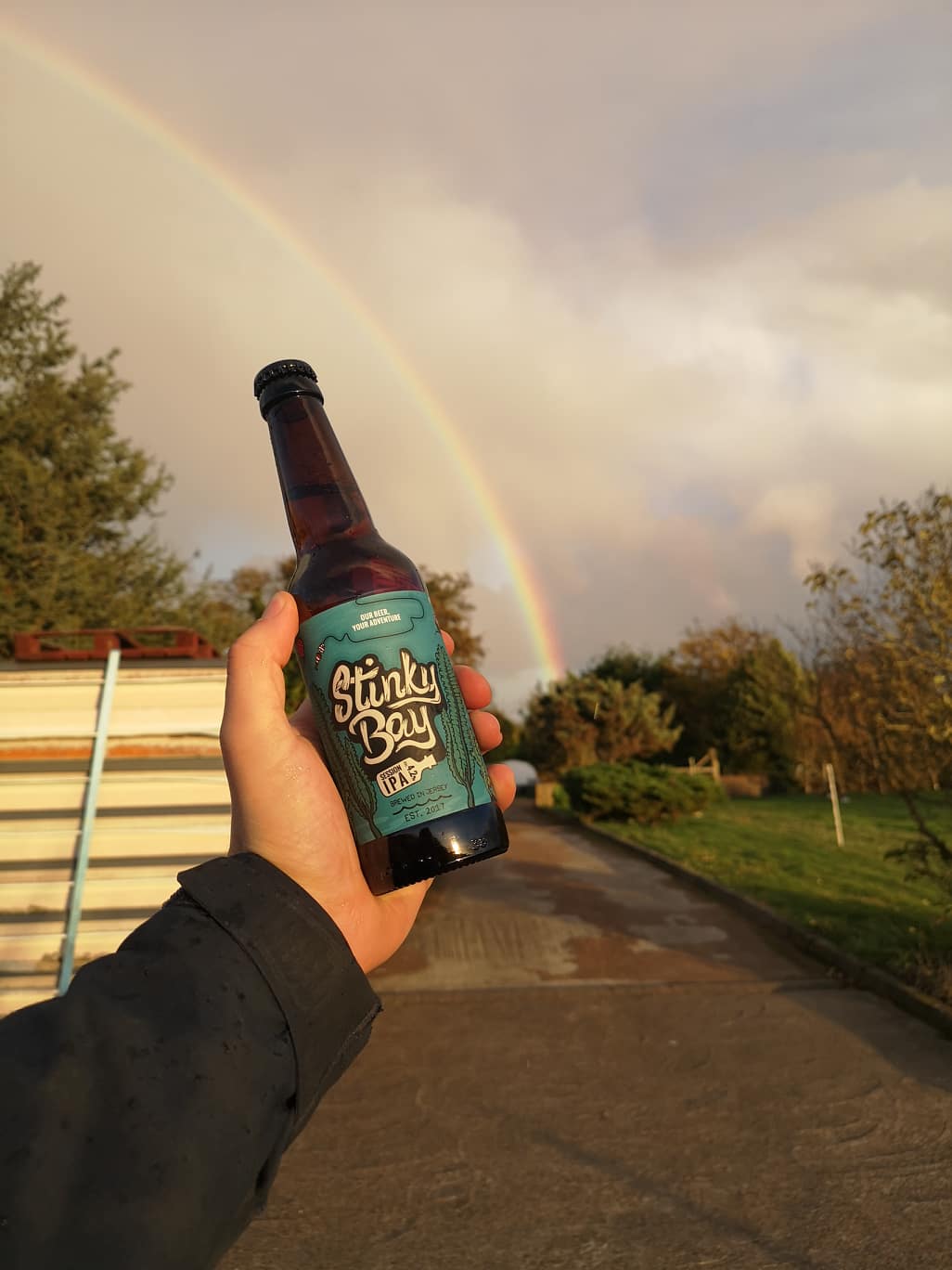 Pictured: Matt said that the highlight of 2020 was getting to know his customer base that bit better through deliveries.

“We cancelled absolutely everything, thinking all restaurants and pubs are now shut indefinitely… and pretty quickly, within a fortnight, we realised people are still drinking, they’re just drinking at home – in some cases, they were drinking a lot more!”

Indeed, as breweries across the island turned to bottled beer to package all the beer they had fermenting, Stinky found people’s thirst was still as strong as ever, even if they couldn’t go to the pub.

Describing how “blindsided” they were by the response when the brewery offered a home delivery service, Matt describe the months that followed as very successful in terms of demand.

“The whole summer was nuts,” he said. “At one point we actually ran out of 330ml glass and so we just had to go into 500 ml bottles just to be able to package the beer somehow!”

Despite the summer boost though, the sudden ‘lockdown lite’ in December gave the business, along with the island’s hospitality industry, another knock.

In particular, because beer in the brewery’s larger kegs meant for taps in pubs and restaurants won’t go into a bottle, much of the brew prepared for Christmas was forced to sit there, potentially going to waste.

VIDEO: Part of Stinky Bay's ethos is the encouragement of outdoor activity.

Even with this setback, which he added should hopefully be resolved with the opening of hospitality again, the deliveries once more became “a silver lining,” turning 2020 into perhaps the “highlight” of Matt’s whole Stinky Bay experience.

This was because it gave Matt a chance to get to know his customer-base first hand, and understand what they enjoyed about the beer, making him realise that it was now “the local drink for a lot of people.”

“The variety of people’s taste is pretty awesome to know,” he explained. “We’ve got three different beers [Stinky Bay IPA, Beached Whale Pale Ale, and Shipwrecked NEIPA] that we bottle regularly, and you just couldn’t pin which ones people drink – some people will say this one is the best beer in the world, but others will say I don’t like that one as much.”

Even with these regular beers all being firm favourites with his customer base, Matt said he wants to see some new brews come later on this year, even teasing one in development right now, though he’s keeping details under wraps now.

“At the moment we’re doing a bit of pre-summer stock building, but hopefully in the next month we’re brewing a new beer which will be ready a few weeks after that… the guys are working on some artwork.” 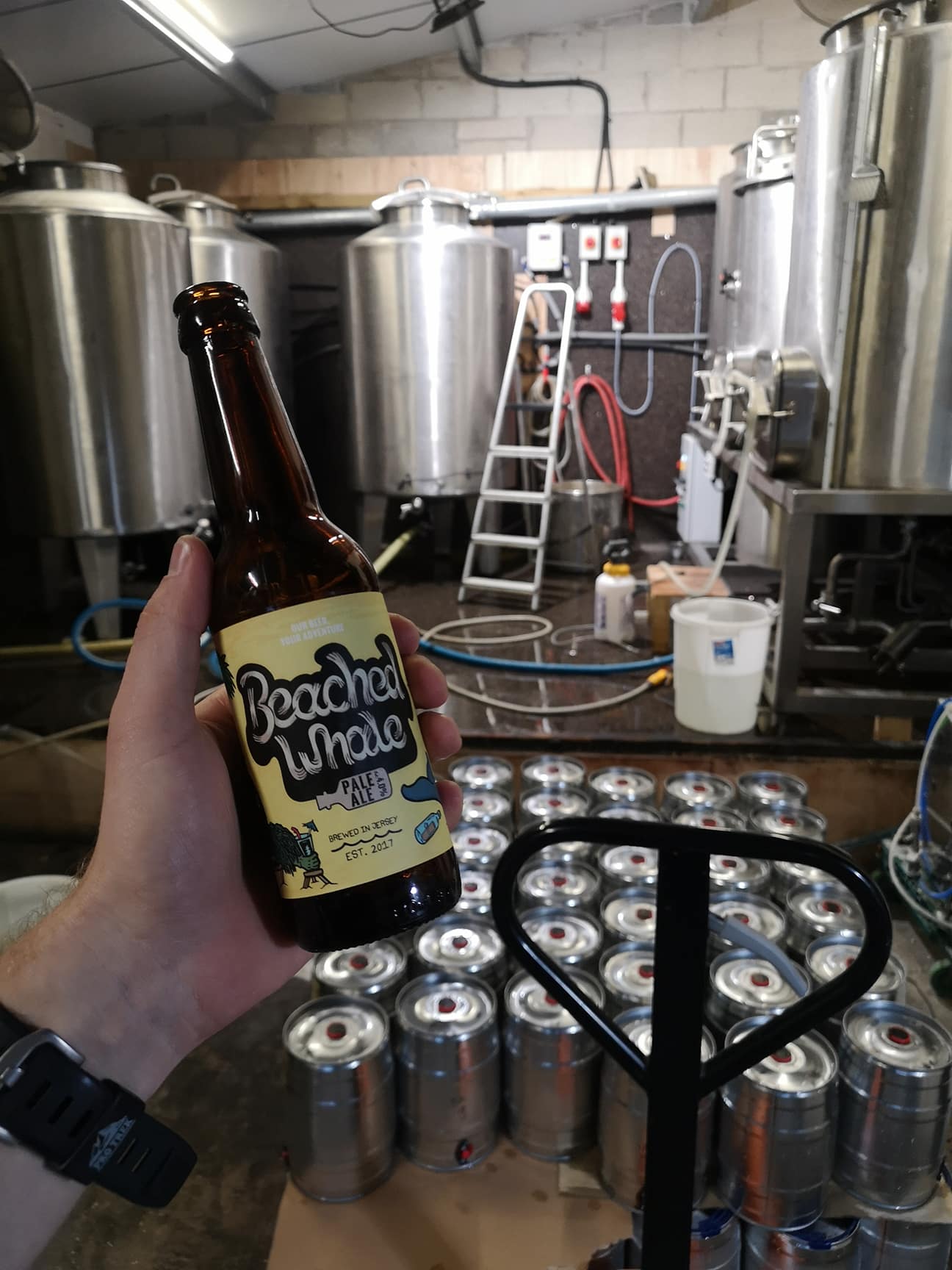 Pictured: Stinky Bay's Beached Whale is one of three variations of beer that the brewery currently sells.

He said that the capacity for more new variations and specials would come with the reopening of pubs, where the brewery can create small batches, as opposed to the large volume necessary when producing bottled beer.

With this capacity and the company’s locally oriented slant, would Matt ever even considering doing some local news-related beer? One Express reader suggested 'Figurative Kitchen' in the spirit of Brewdog's 'Barnard Castle Eye Test', while Matt himself dreamt up ‘Knot a Single Tree’.

“There’s no shortage of material from the last year to do a beer poking fun of things,” he laughed, adding that he had doubts about whether there would be many “that Trading Standards would agree to!”

Trading Standards aside, he added that for when pubs did reopen, the themes of the beers would certainly be jubilant, remarking: “I think some celebration brews of some kind or another might be in order.”

Looking out across the bay to the future, Matt outlined how the business’s local heart was what would remain central to its plans.

“We don’t have huge plans of taking over the world or becoming the next Heineken,” he explained.“Brewing fine beer and spreading the joy - it’s all about that.”

As part of those plans, Matt wants to increase the charity work the brewery are doing - at the moment, they have set up their ‘1% For Good’ initiative, whereby 1% of all funds (1p for every £1), go towards something good, whether that be a charity, or a fundraiser, such as local man Patryk Kucza’s journey around the world to support Durrell, or just “everyday good deeds.”

Equally, in Stinky’s style of “adventure,” he is hoping, once covid restrictions ease, to establish a project to encourage young people to get outdoors, and do group activities.

Remarking that he felt the business was now “hitting its stride” after four years of pushing, he wanted to emphasise that at its heart, Stinky will always return to a simple love of beer and community.

“We just want to promote that sense of adventure and enjoying the little things.”