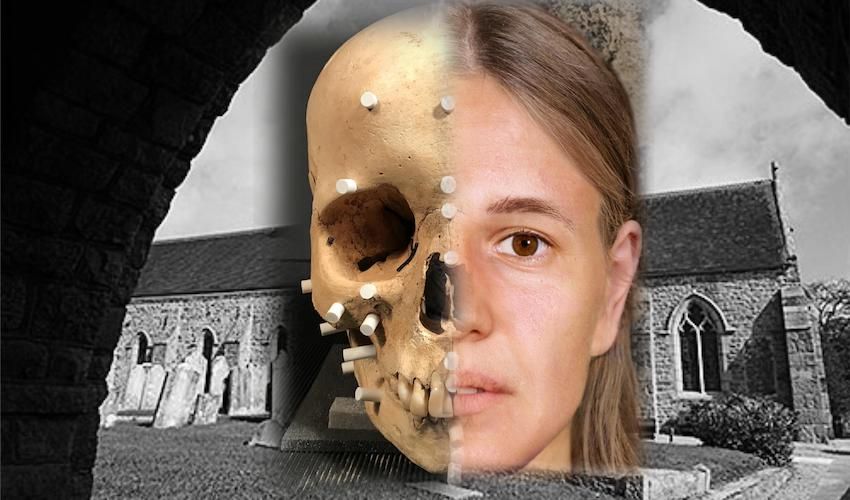 A medieval Jersey teenager, whose skull was discovered at a local church, has been brought back to life by a pioneering collaboration of archaeology and technology.

An impression of how the young girl, whose remains were buried in the grounds of St. Lawrence's Church, would have looked before she died aged just 15 has been generated through the work of a local osteology specialist and a forensic artist.

Following a forensic facial reconstruction, which aims to show what a deceased person would have looked like when they were alive, it’s now possible to come face-to-face with the medieval teen, referred to only by the designation 'SK43'.

This is thanks to the work of freelance osteologist Rosalind Le Quesne, who conducted an examination of the girl’s remains, which were dug up as part of a controversial exhumation of the medieval burial ground in order to add an extension to St. Lawrence’s Church.

Pictured: Move the slider across to compare the skull of the teenager to the artist's impression of her face when she was alive (Rosalind Le Quesne/Tim Widden).

The teenager’s body was one of around 50 others to have been exhumed, and Rosalind says that “each skeleton is being cleaned, stabilised and examined and a report will be written about them as a population” before they are returned to the cemetery for reinterment.

Explaining her role in the reconstruction to Express on a previous occasion, Rosalind said: “My role is to estimate this individual's ancestry, sex, age and build, and then apply tissue depth markers over the facial bones where the muscles would have been so the forensic artist can draw in the soft tissues of the face.”

Once these markers were in place, the skull was then photographed and 3D-scanned to provide a basis for forensic artist Tim Widden to create his impression of the teenager.

Rosalind also kept a video diary of her involvement with the project.

Video: Rosalind's video diary of her involvement with the project. (Facebook/Underground)

The artist has worked on age progressions to estimate what missing persons would look like as they age, as well as analysing photos of the Duke and Duchess of Sussex as children ahead of the birth of their first baby to predict what their son or daughter might look like.

Now the results of her work are in, Rosalind described how unexpectedly moving it was to look 'SK43' in the eyes.

“I was surprised at how emotional l felt seeing her face, and quite sad that she died at such a young age. It was a strange feeling because I've only ever worked with the remains of people who died a very long-time ago, who I would never have seen in life. It's much easier to disconnect when working with historical skeletons," she said.

Despite having examined many skeletal remains either through her own archaeological service ‘Underground’ or her freelance work, this was Rosalind’s first forensic facial reconstruction.

Pictured: The teenager's remains was one of 50 skeletons excavated as part of works to St. Lawrence Church.

However, she said that she would “love to” work on another one in the future and she’s grateful to those who sponsored the project as well as the artist and Jersey Heritage for “all working together to make this happen".

Indeed, several organisations involved with the Church renovations – Gallaher Architects, John Warrener Ltd., Ross Gower Associates – have funded this archaeological project in partnership with Jersey Heritage, Société Jersiaise and Underground, working alongside the Church and the Parish of St. Lawrence.

When asked about the significance of engaging with the island’s historical and archaeological offering in this way, Rosalind replied: “It's always important to look to the past to understand and explore Jersey's history, and this is a really good example of using an archaeological case to develop new skills and technology to apply in the future to modern forensic cases if needed.”

IN PICTURES: Come face-to-face with the young girl... 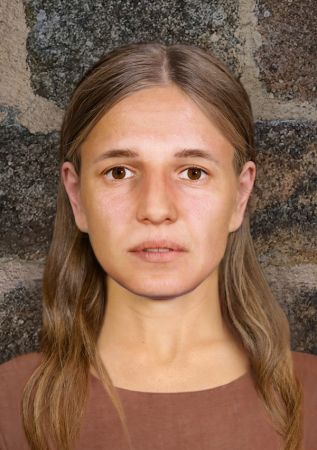 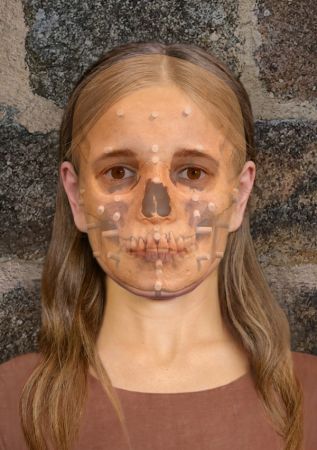 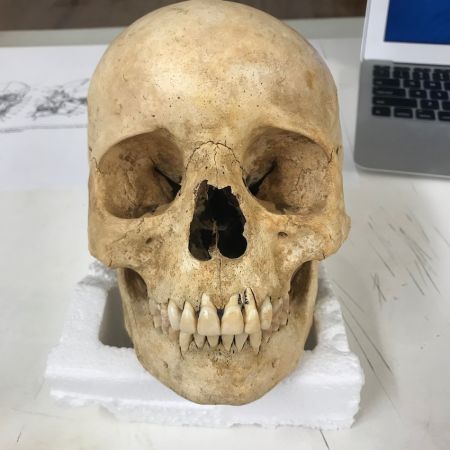