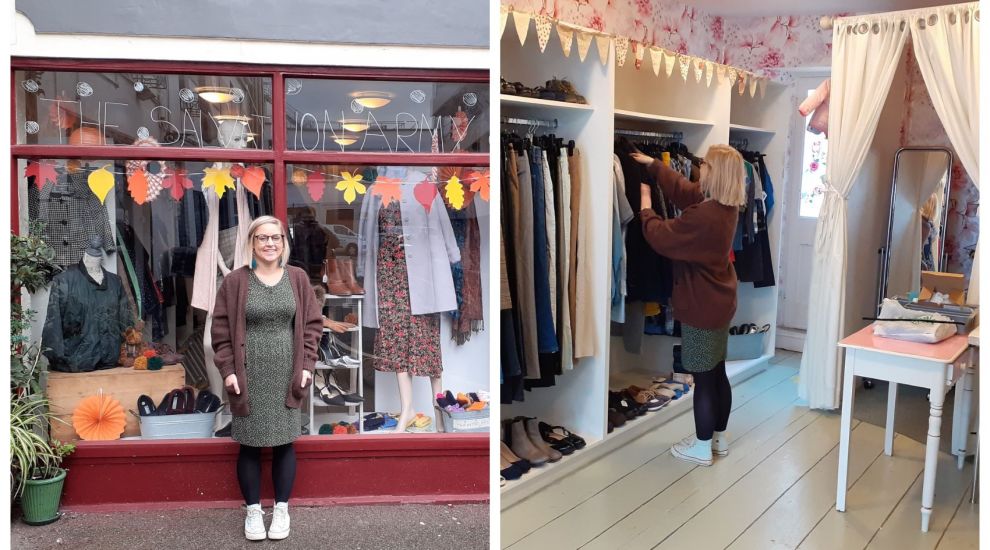 The Salvation Army is opening a new pop up shop next week, promising both a space for islanders to rummage through clothing and have a chat on the side.

The pop-up Minden Place store was created after a crack in the wall of the main Salvation Army building meant its charity shop couldn’t open.

Using space that had previously been used to store food bank supplies, the Army has spent the past week railing its clothes in, doing plenty of heavy lifting, and cleaning up the wallpaper to turn the space into a Christmassy treasure trove of clothes and festive treats.

Video: A look around the new store.

"We decided that it would be a really good opportunity to make use of this space, get the volunteers back in and do a pop up show between now and Christmas, so we can at least sell some of the stock rather than it just sat in an empty shop that’s not being used," she told Express.

Among the items on offer are winter coats, Doc Martens, children’s clothing and an array of Christmas goodies.

“We do not charge massive money here at the Salvation Army,” Emily explained, “So most items are between £1, £2, £3 - you won’t find much that’s more than a fiver! We really keep our costs low so we know that people in Jersey can afford nice clothes.”

The money raised will be going towards the Salvation Army’s efforts to support islanders facing hardship, such as their café, which provides free soup on a daily basis, as well as helping with miscellaneous needs like clothing and bedding. 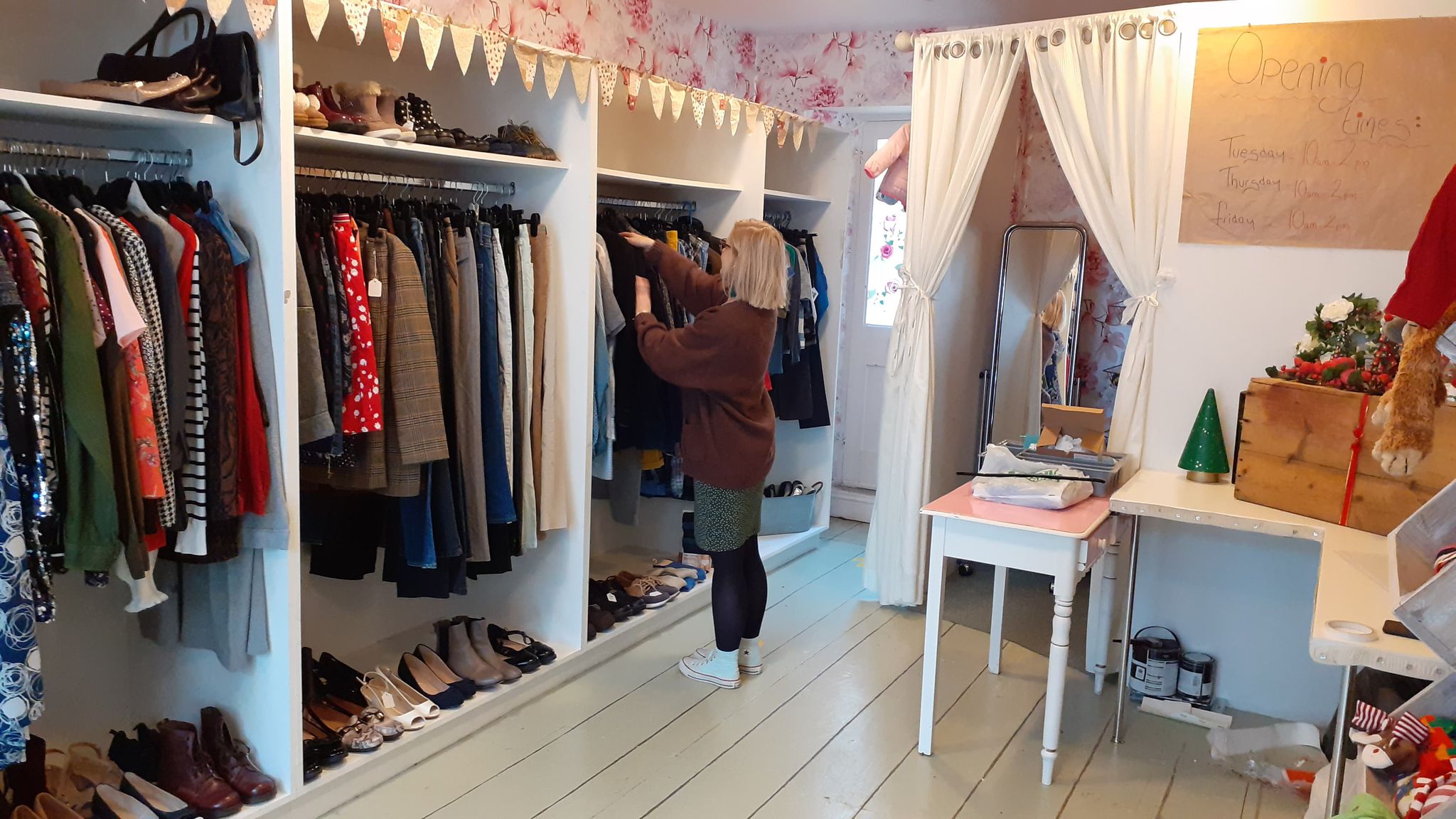 Pictured: Before the clothes were moved in, the shop's shelves were used entirely as food storage.

It will also support the charity as they gear up for their Christmas period.

However, as Emily noted, it may look slightly different this year: "Originally, we wanted to have Christmas Day lunch because we do that every year, but obviously with the tighter restrictions we’re seeing that might just be deliveries or we still might try and have groups of 20 in the café.”

It’s that community spirit that drives the new pop-up shop too, with volunteers at the heart of the operation. “We try and run the shop not only as a shop, but as a space where people can come and have a chat,” Emily added.

“Even if you’re not necessarily out to buy something but just want a friendly face to talk to, we’re always here.”

The Salvation Army Pop-Up shop will open in Minden Place on Tuesday 24 November at 10:00.

GALLERY: A sneak peek of what's in store... 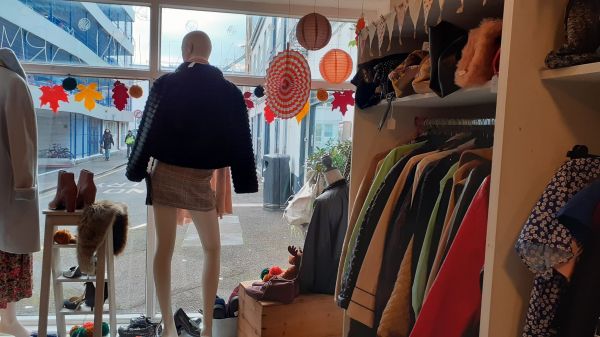 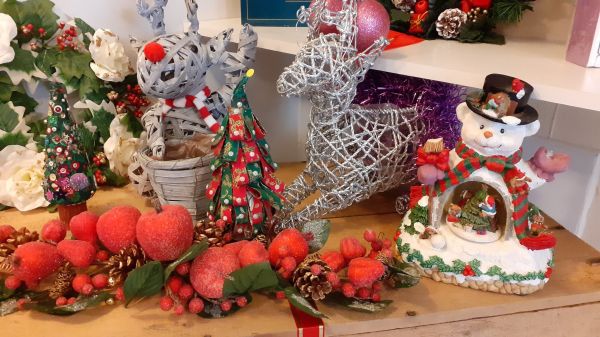 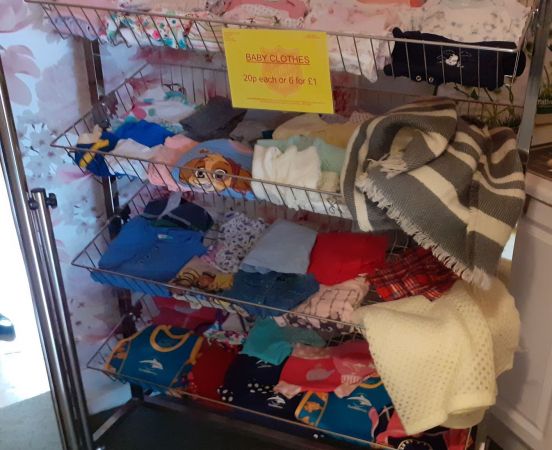 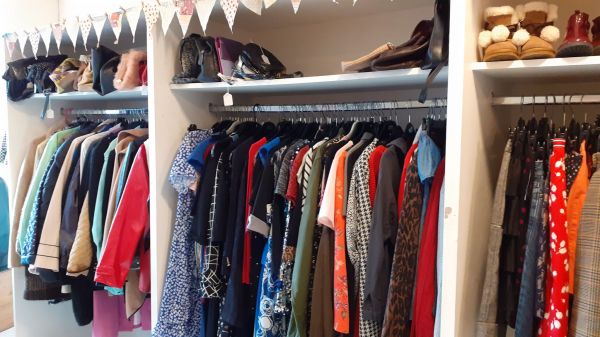 Posted by Keith Marsh on Nov 23rd, 2020
Congratulations to all involved, I hope you make plenty of profit for your exceptional good works.
To place a comment please login Login »