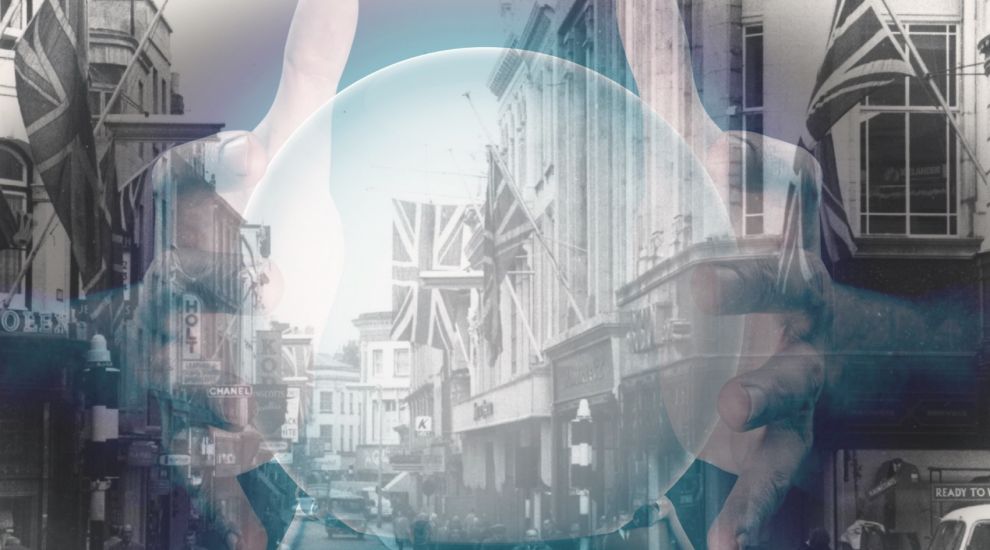 The building at 4, King Street housed the business of Burtons from the 1920s up to the recent past. However, while clothes were being sold downstairs, there was a business of a more mystical nature being run upstairs.

In the 1936 Jersey Directory and Express Almanac, the Jersey Publishing Company is also listed as operating from the property. An article from Jersey Life in November 1938 gives clues as to what this company did.

The article mentions that the second floor of Montague Burton’s shop at 4, King Street had previously been the office of the Jersey Publishing Company Limited and the Studios of Professor El Tanah. 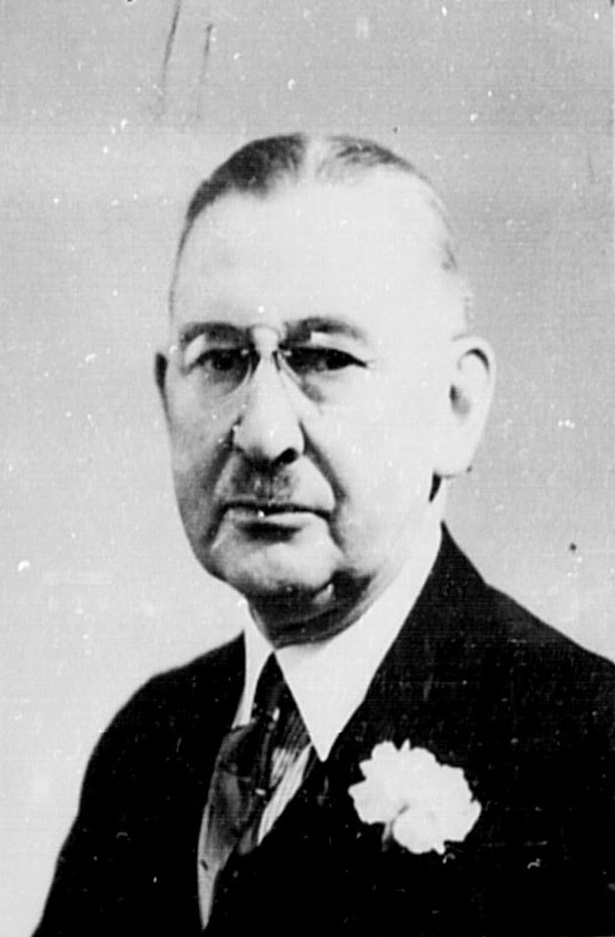 It went on to say that everyone must be aware of the name of Professor El Tanah as his advertisements regularly appeared in broadcast on Radio Luxembourg and in the pages of any publications that would accept them.

By the time of the article, however, the company was no longer running, having been taken over by the authorities, and the previous administrator William Francis Mitchell replaced.

Further research reveals that Professor El Tanah was actually the name of a made-up astrologer, who used to send out personal horoscopes to people around the world from the offices at 4, King Street.

The article says that up to 70 men and women were employed at one time in the office, addressing envelopes, folding promotion material, bundling the envelopes and taking them to the Post Office daily to be sent around the world. 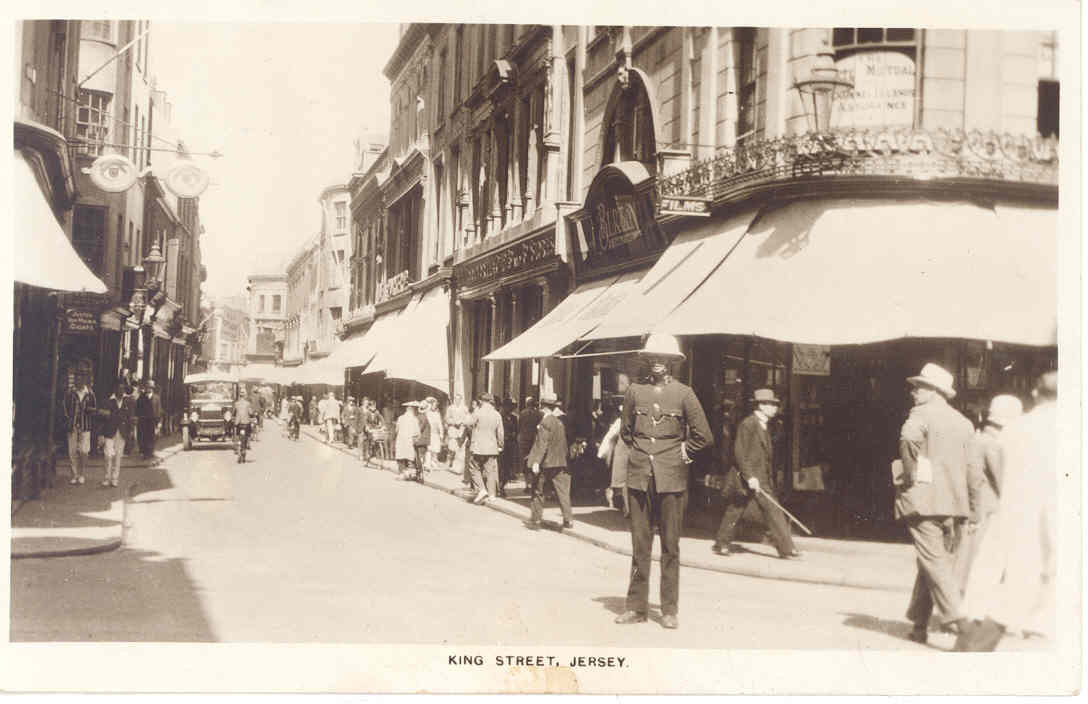 Pictured: The second floor of Montague Burton's shop at 4, King Street operated as the office of the Jersey Publishing Company Limited and the Studios of Professor El Tanah. (Jersey Heritage)

Apparently, Mitchell not only advertised in the media but also bought ‘sucker’ lists of people who had fallen for similar schemes in the past and he sent out literature to them as well.

In the early broadcasts from Radio Luxembourg, listeners were asked to send 3d to cover postage and packaging for a free horoscope. Later, personal horoscopes were offered at £1 a time. The article estimates that since the office was opened it had made over £100,000.

The chief administrator of the company was an intriguing figure. Mitchell’s Aliens Registration card reveals that he was born in Woodstock, Canada, on 9 July 1869. His profession was listed as an ‘amusement caterer’ and he arrived in the UK in 1912.

The back of his card recounts various incidents where he had been in trouble with the UK authorities, including selling intoxicants without a licence, contravening the paper Restriction Order, running a music and dancing hall without a licence, failing to notify change of address and travelling, falsely, as a British subject. 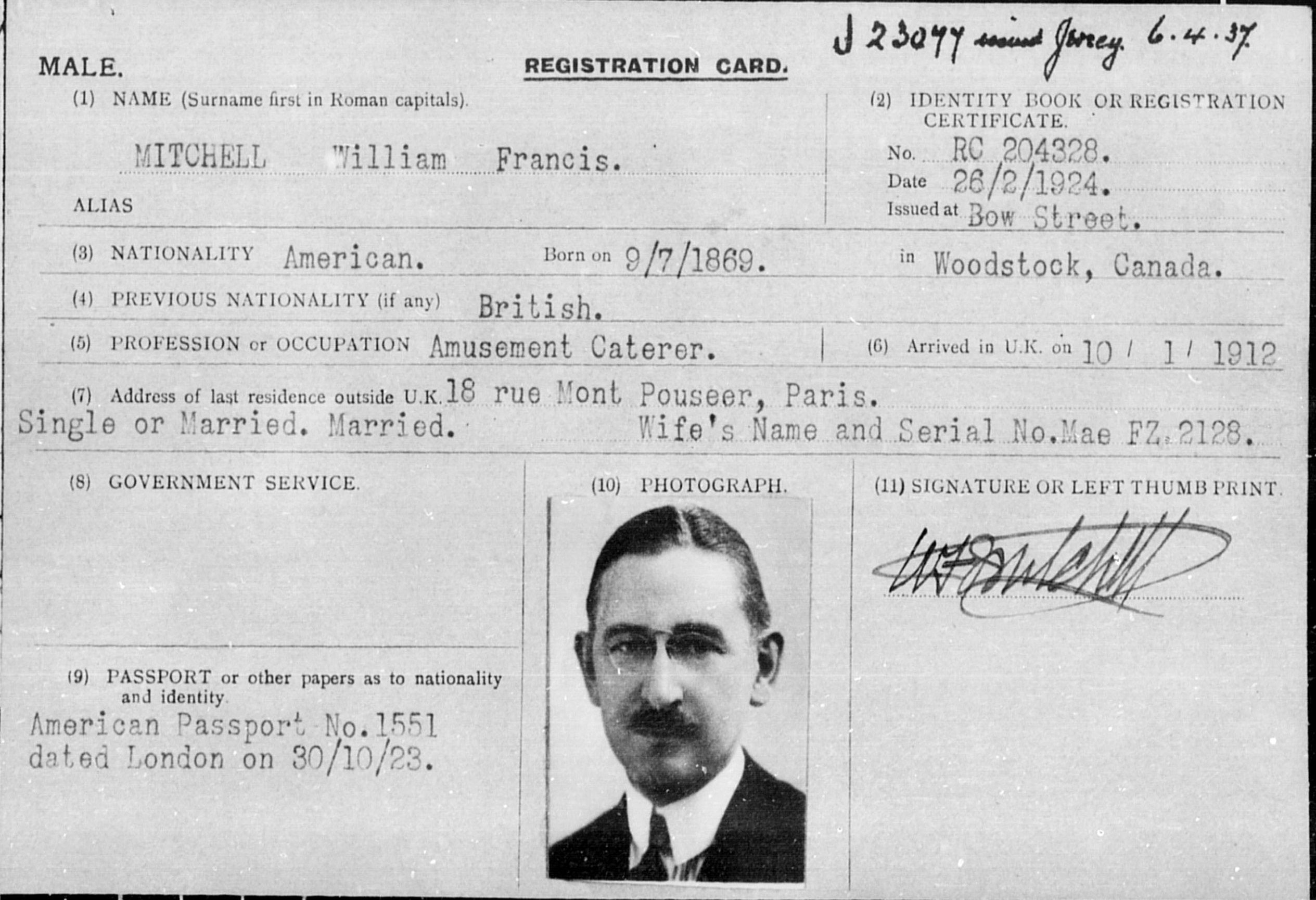 CLICK TO ENLARGE: Mitchell appeared in the Royal Court in 1937 for failing to declare himself under the Aliens Registration Act, and was fined £100. (Jersey Heritage)

It seems that he moved to the Island in the mid-1930s. As an American citizen (although he was born in Canada, he naturalised as an American citizen in 1905) he should have registered with the Aliens Office, but he failed to do this. Consequently, he can be seen in the Royal Court in 1937 for failing to declare himself under the Aliens Registration Act.

The Attorney General sought permission to deport Mitchell as an undesirable alien. Mitchell’s Advocate argued that it was not within the purview of the Island to deport Mitchell but only to provide a recommendation to the Secretary of State.

The Attorney General pushed on, saying: “In this case he found malice in this man. He only repeated that he considered the accused was a most undesirable alien who had flouted the laws of the land.” The Court decided to fine Mitchell £100 but not to deport him.

Interestingly, the Evening Post ran a story on 6 April, the day after the judgment, saying that although the paper couldn’t comment on the decision, it was now free to reveal that William Francis Mitchell was the man behind exalted mystic and astrologer El Tanah, who “had been exposed in these columns on several occasions”. If there weren’t mechanisms to deal with this individual then the authorities should introduce them, said the paper. 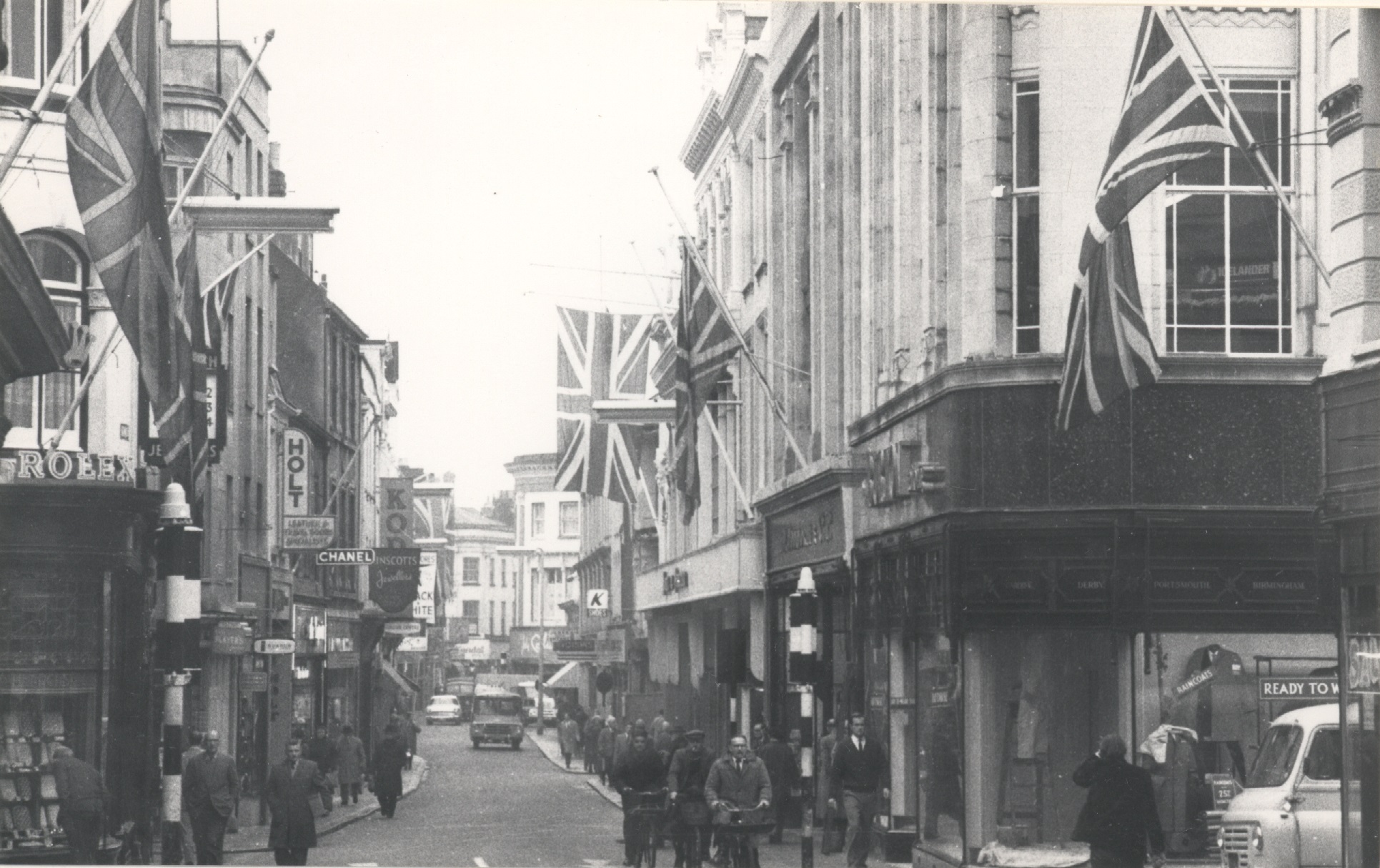 Pictured: By 1937's Almanac, the Jersey Publishing Company was no longer mentioned as being situated at 4, King Street.

At the time Mitchell was fighting on dual fronts as another company that he was Chief Administrator for, Futuristic Lighting Limited, was being taken through the courts by investors and staff for various business malpractices.

He and the company secretary, Edith Marie Horath, were accused of not running the company in a regular or satisfactory manner, that the investors and shareholders were denied access to the books and that goods owned by the company were transferred to Mitchell and Horath’s property at Villa des Fleurs, Beaumont. Inspectors were appointed to look into the dealings of the company.

Mitchell and Horath continued to appear in court over various civil claims relating to the Lighting Company. Evidently this helped Mitchell decide to leave the Island. By the following year’s almanac, the Jersey Publishing Company was not mentioned as being situated at 4, King Street. There also exists a card relating to William Francis Mitchell travelling with Horath to America and landing in New York in October 1938. Whether Professor El Tanah predicted this future is entirely unknown.

This article, put together by Senior Archivist Stuart Nicolle, only touches on some of the stories of King Street.

To find out more, sign up for Jersey Archive’s free online talk at 19:30 on Wednesday, 20 October by CLICKING HERE.

You can also catch up on previous talks in the 'What's your town's story?' series HERE.

Posted by Keith Marsh on Oct 18th, 2021
A great article and wonderful old photos. The Attorney General and the Court really did not like Mitchell, a £ 100 fine in 1937 was one heck of an amount of money.
To place a comment please login Login »