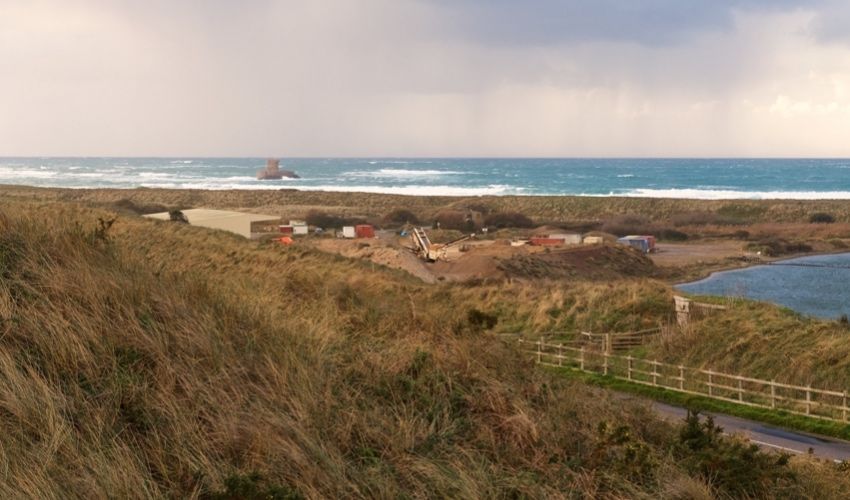 The first part of a detailed study to determine the impact of a manmade chemical on water supplies in St. Ouen’s Bay and Pont Marquet is nearing completion, with water sampling due to start next year.

The next stage of the Government-run programme will be to conduct quarterly tests of water sources in areas of known contamination, to get a deeper understand of, for instance, where the chemical is, how it is moving and the extent of contamination.

A year’s worth of quarterly results will be enough to start to draw some conclusions, which could have a significant impact on where Jersey sources its drinking water in future.

The Environment Department is continuing this ‘hydrogeological’ study to determine the extent of the ‘PFAS’ contamination, particularly in the west of the island. Three test boreholes will be drilled, which will provide data alongside existing boreholes and other test sites.

PFAS is the collective name for a family of synthetic chemicals that were developed from the 1930s due to their ability to repel water, heat and fuel.

One of the family, called PFOS, was an ingredient of firefighting foam sprayed at the Airport.

Some residents living close to the Airport believe their health has suffered through drinking water contaminated with the chemical. 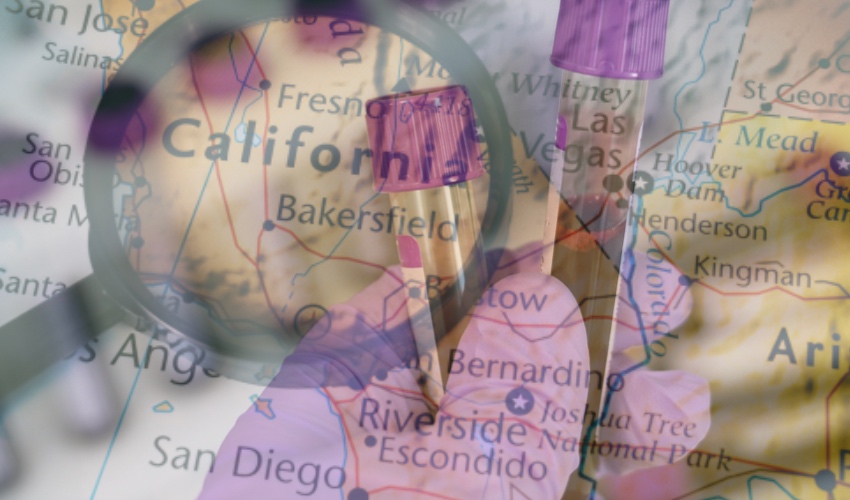 Pictured: Around 70 islanders have recently had their blood tested for PFAS using a laboratory in California.

In response, the Government has established a blood-testing programme and a panel of scientific experts, although it cannot seek damages from the manufacturer of the foam, 3M, having signed a ‘deed of settlement’ with the US chemical giant in 2004, in exchange for a £2.6m pay-out.

In parallel, however, it is also testing water supplies in an effort to better understand the impact of PFAS on the environment.

The findings of the study will have particular relevance to Jersey Water, which relies on boreholes in St. Ouen’s Bay to feed water into the mains network.

With known contamination, the States-majority-owned company has been forced to greatly reduce extraction from the Bay and its Pont Marquet catchment alongside the Railway Walk.

Jersey Water has said this remains a threat to the island’s long-term water security and has urged the Government to complete the study as soon as possible.

Meanwhile, it continues to pump some PFAS-contaminated water into Val de la Mare, where it is blended with clean sources so that mains drinking water has only trace amounts of the chemical, which the company says falls well within international standards.

The presence of PFAS also has an impact on the future of the sand quarry in the middle of the bay, which will be restored at the end of its working life.

Giving a progress report, Jody Robert, who is responsible for water and air quality at the Environment Department, said that the science of PFAS testing was moving quickly, and from initially testing for just two members of the family, the department was now testing for 47.

He said: “We are nearing the end of Phase 1, which has been a desk study and gap analysis.

“We need to devise a ‘conceptual site model’, which takes in a whole range of factors, including where previous tests were taken, was it from shale or sand, where is the PFAS going, how good is the existing data and where are the gaps?

“We are on course to begin quarterly monitoring next year, and we need 12 months of sampling to properly begin to understand behaviour.

“We will send the results to our expert partner Arcadis, who are carrying out research into PFAS across the world and worked with Guernsey on the remediation work at their airport.”

Head of Land Resource Management Tim du Feu added: “We are at the front edge of emerging science, and opinion is still being developed.

“It is early days, and it is dangerous to rely on individual results when there is no back story, but we are getting there.

“The output at the end of the study will be such things as the size of the plume, what it is doing and how the level of any contamination changes over time.

“It is not linear because we are dealing with 47 different types of PFAS, and their chemical behaviour can be quite different.

“The big question is, of course, what do we do once we have the answers?”

Dr du Feu added that his department was carrying out a variety of tests including pesticides, nitrates, air quality and sea lettuce, which all took time and resources.

He said the department was currently developing a PFAS-specific website to keep islanders informed of its work. In addition to testing in St Ouen’s Bay and Pont Marquet, the department now tests for the 47 PFAS chemicals as part of its historic groundwater testing programme of boreholes around the island.

The results from this should be available by the end of this year.

Ports of Jersey is also testing for PFAS around the Airport and regularly updates the department on its work.

However, a former senior executive at the Airport, who lives in St. Ouen's Bay, has said that a hydrogeological study is not the right kind of testing for Jersey.

Dr du Feu is a member of an ‘Officer Technical Group’ which meets monthly to discuss PFAS. It includes representatives from Environmental Health, Regulation and Protection, and Jersey Water.

Residents who have had their blood tested for PFAS have been invited to a meeting next week to hear about what happens next with their results, which have recently returned from a laboratory in California.

Chief Minister Kristina Moore and Health Minister Karen Wilson are due to attend the meeting on Thursday.