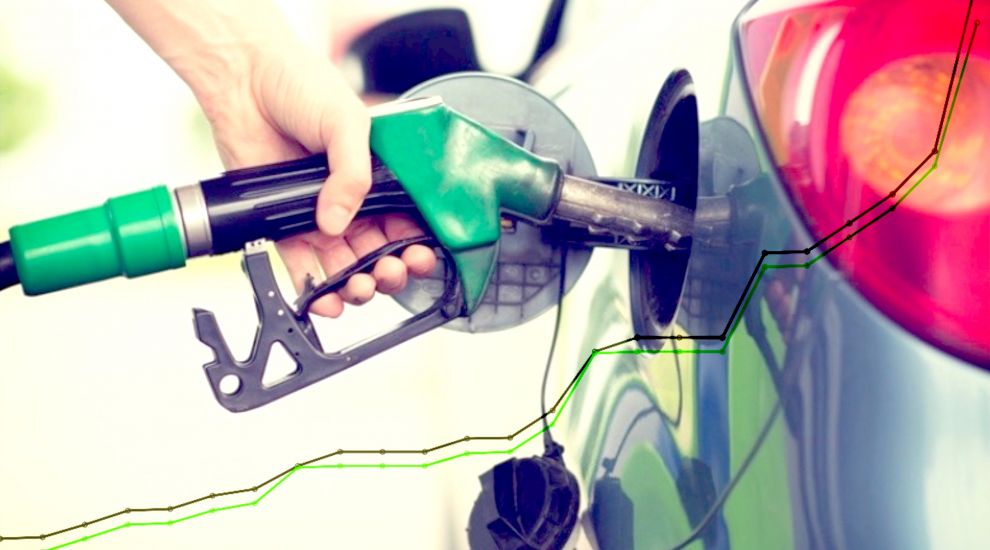 Pressure is mounting on the Government to cut fuel duty and help local motorists struggling with record pump price rises, with a senior Minister now calling for a 10p per litre reduction.

Since Russia’s invasion of Ukraine, petrol and diesel prices have risen sharply in Jersey.

To help hard-hit islanders, the Jersey Consumer Council this week called on the Chief Minister to urgently reduce the duty on motor fuel by 9p per litre at the till.

But now External Relations Minister, Senator Ian Gorst, has suggested going further with a cut of 10p before the June election. 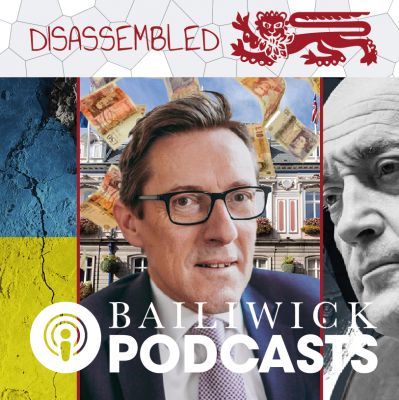 CLICK TO LISTEN: Senator Gorst told Politics Disassembled that he would cut fuel duty by 10p.

Asked which taxes he would cut after declaring he would do so in his election candidacy announcement, Senator Gorst told Express’s Politics Disassembled podcast: “I’m not sure we should be waiting for the election, I would reduce fuel duty.

“We’ve got a really growing cost of living crisis which is caused by all sorts of things but really exacerbated by the war in Ukraine and we’re only just seeing the start of what might happen around supply chains and cost of food and fuel, particularly if Europe then makes a decision to wean itself off Russian oil and gas.”

The amount is double the 5p cut proposal of UK Chancellor Rishi Sunak, which the RAC complained would only take costs “back to where they were just over a week ago.”

While local fuel prices have risen particularly sharply in recent weeks following the outbreak of war in Ukraine, there has been a trend of growth over the past year – in April 2021, petrol and diesel stood at 111.9 and 113.9 pence per litre respectively in Jersey.

Islanders have also reported struggling with food and heating bills in recent months, with increasing numbers turning to food banks and charities for support. 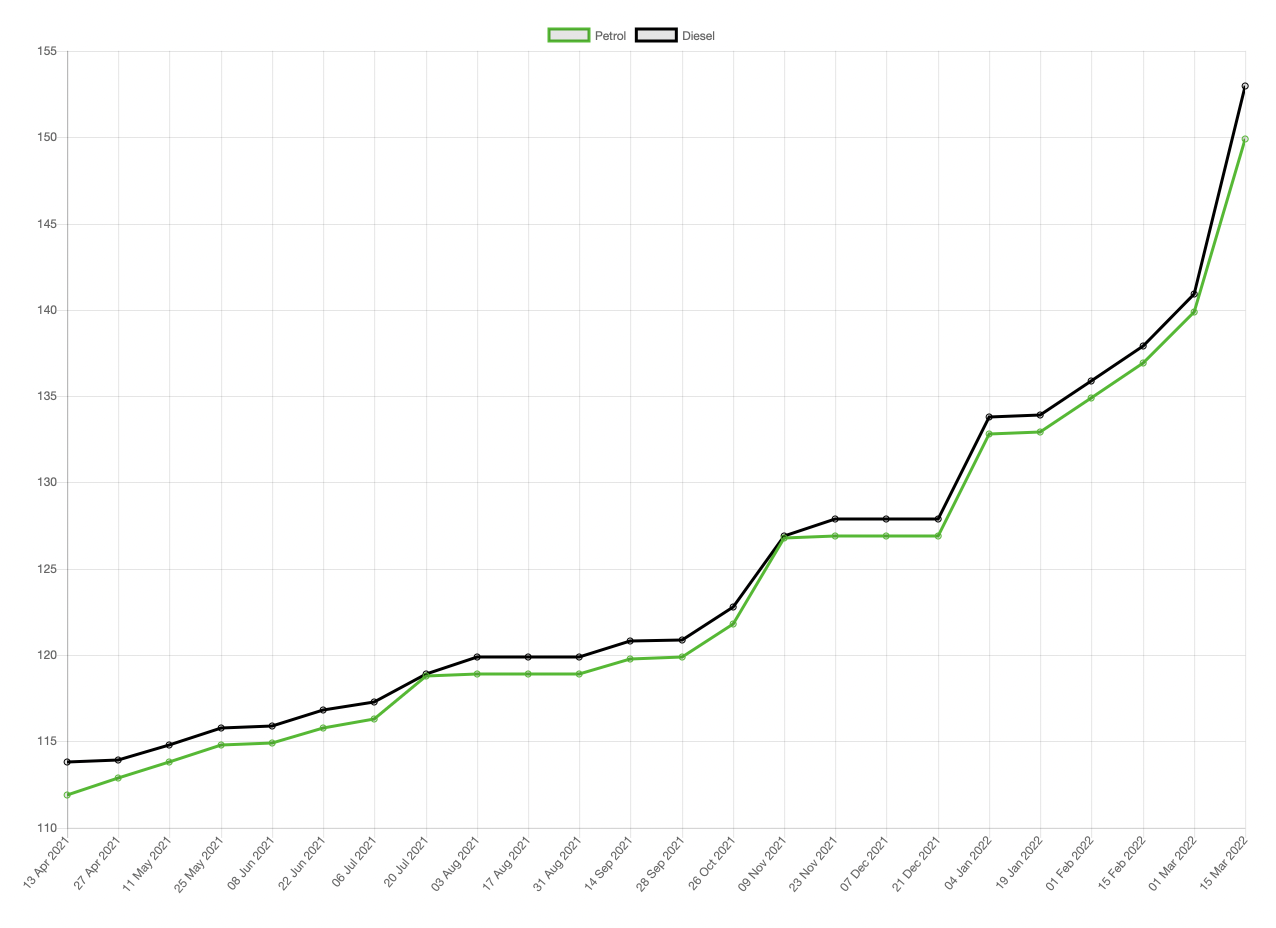 Pictured: How fuel prices have changed over the past year. (Jersey Consumer Council)

Senator Kristina Moore, meanwhile, is calling for the Community Costs Bonus to be increased by 8% to support islanders with the cost of living and extending it to help more people.

Supporting that call is Senator Tracey Vallois, who is suggesting extending that eligibility for two years, with a review to be undertaken six months before the expiry to decide if it needs to be extended further based on global circumstances at the time.

Amid growing pressures on islanders, the Inflation Strategy Group – a panel of Ministers responsible for setting policies for dealing with inflation chaired by Senator Lyndon Farnham – is due to meet on 28 March.

Express revealed this week that, despite the challenges of Brexit and the pandemic, the group had not come together or produced any new work since January 2020.

In a statement approved by Senator Farnham, the Government this week thanked the Consumer Council for their suggestions, which they said would be “considered by the relevant departments.”

Posted by Keith Marsh on Mar 26th, 2022
It is all very well States members calling for lower taxes etc., but without knowing the cost of such moves, how can such loss of income be recovered.
Jersey is not awash with "spare cash" and indeed cannot afford increased borrowing.
To place a comment please login Login »

Spotted one of these around town? Here’s what they’re for