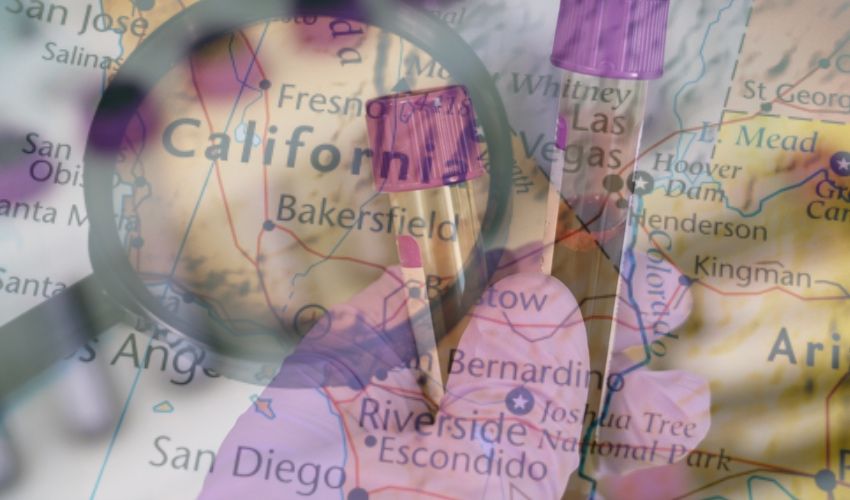 The levels of a manmade chemical in the blood of islanders who were part of Government-sponsored testing programme are “truly shocking”, a campaigner has said.

With the acquiescence of those involved, Sarah Simon has collated the results of 54 of the 72 people who volunteered to have a blood sample sent to California.

Their blood was tested for several compounds which belong to a family of manmade carbon chains collectively called PFAS.

The results have been shared individually with those in the programme but have not been released collectively by the Government.

To be eligible, they had to meet certain criteria, including living in known areas of contamination between certain dates, regularly drinking from a borehole and having a symptom associated with PFAS ingestion.

When the results were shared with those islanders in October, via their GPs, Director of Public Health Professor Peter Bradley said: “We are seeing that, as expected, some residents have higher levels of PFAS in their blood than you would expect.”

He added that research into the impact of PFAS on health were still at an early stage so the Government could not yet offer specific medical advice to those affected.

Miss Simon had subsequently compiled the results and included them, anonymously, in a report she has written on the PFAS threat she firmly believes Jersey faces. 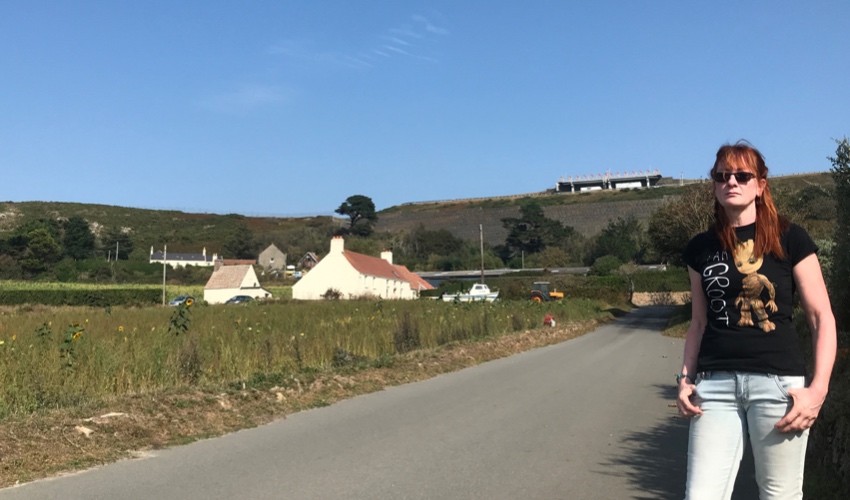 Pictured: Sarah Simon believes her own health has been impacted by drinking water contaminated by PFAS.

The residents were tested for a number of PFAS, including PFOS, which was an ingredient of firefighting foam sprayed at the Airport until the early 90s. Ms Simon has added together the test results for each compound to give an overall PFAS reading per individual.

Although there is no official safe limit for PFAS in blood in Jersey, in Germany it is 5,000 parts per trillion for PFOS.

The vast majority of residents in the programme have suffered health conditions associated with PFAS ingestion, according to Miss Simon’s research. These include thyroid and autoimmune problems, kidney stones and various cancers.

Miss Simon said: “After years of campaigning by St Ouen’s Bay residents, the Government this year agreed to test the blood of certain islanders for its PFAS content, based on conditions they deemed relevant and without conducting an island-wide control group for comparison. The results are truly shocking.

“For two years, I read every epidemiological clinical study I could find on how PFAS affects the human body. I combined this knowledge with residents’ medical records and reached the same conclusion that microbiologists reach: PFAS affects every cell in the human body resulting in potentially causing a multitude of different diseases.

“My latest report imparts knowledge in a way that I hope educates those who do not know how PFAS affects the human body; providing the clearest knowledge that I could find and present it in such a way that helps humanity. PFAS can be drastically reduced in the human body with simple treatments, I know because I have done it.” 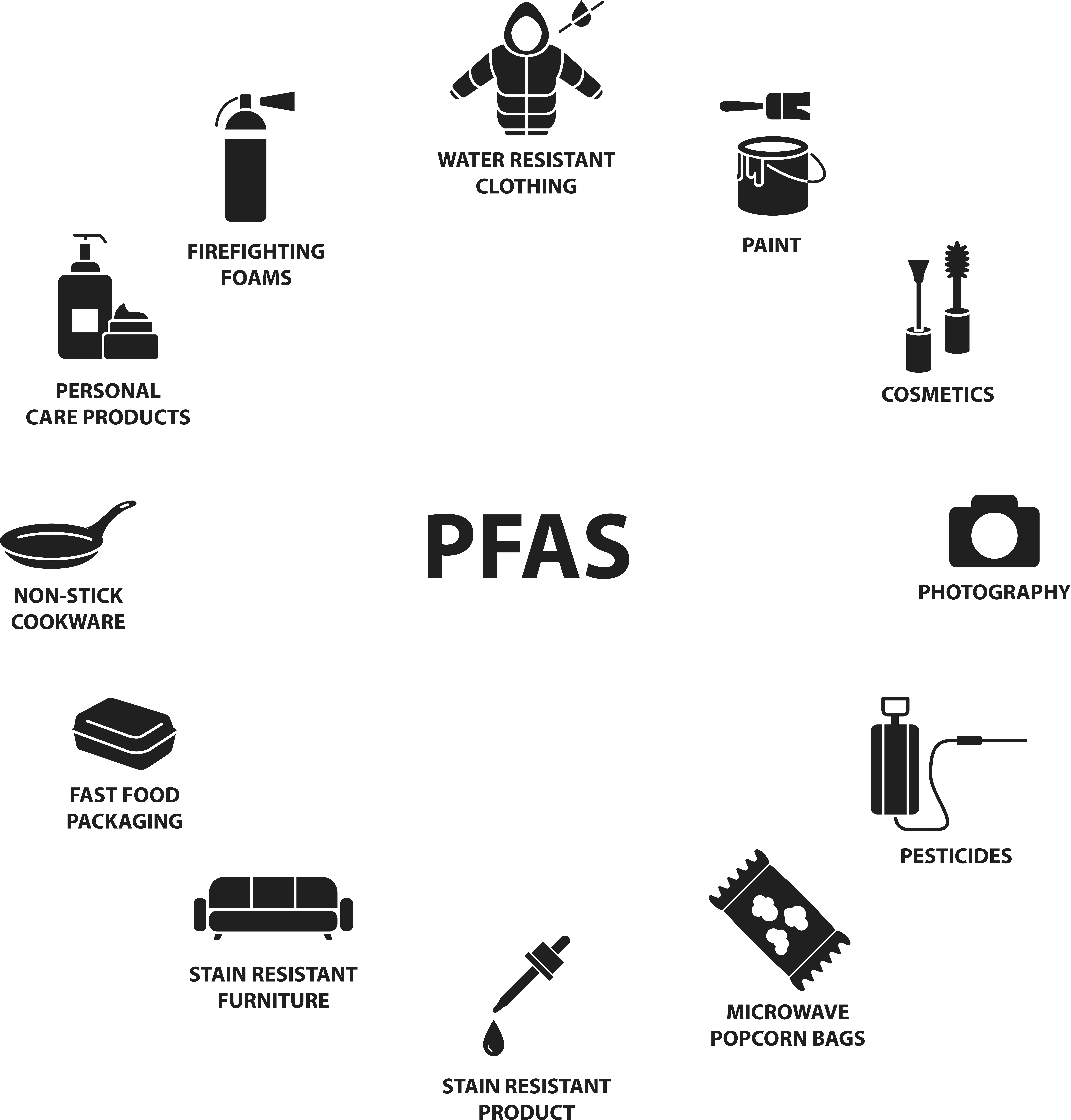 Pictured: PFAS was used in the manufacture of many products because of its ability to repel heat, oil and water.

The Government is setting up an advisory scientific panel to keep track of the growing number of scientific studies that are being undertaken to investigate the effects of PFAS.

Professor Bradley said: “There is not an internationally accepted way of interpreting the results of PFAS blood testing. It is therefore extremely difficult to define a safe limit for the level of these chemicals in a sample of blood.”

He added: “We are still in the early stages for the setup of the PFAS and Health scientific panel which will be an important resource for both members of our community and colleagues within the Government of Jersey.

“The Chief Minister and Minister for Health and Social Services will be asked to agree the terms of reference and process for open and transparent recruitment of the panel members.

"It is clear that further understanding is required to support those who are affected by the PFAS levels found in their blood and to provide a greater level of information to members of our community, therefore we will be asking the PFAS and Health scientific panel to support us with this.

“Islanders who have had their blood tested are meeting with the Chief Minister, the Minister for Health and Social Services, and Public Health colleagues in early December and I can assure them that we remain committed to maintaining an open dialogue and ongoing support to those who are affected.”

Miss Simon argues that that there is enough evidence to prove that PFAS is harmful to human health, with it causing, among other things, higher levels of cholesterol and problems regulating levels of calcium in the body, she claims.

In parallel to the Government testing the blood of islanders, it is also testing water supplies in known areas of contamination. The Environment Department is currently carrying out a study of surface and ground water in St Ouen’s Bay and the Pont Marquet area of St. Brelade.

Posted by Steven Simon on Nov 24th, 2022
As somebody who is affected by this after my bloods being tested. With way above the normal levels accepted by recognised bodies around the globe.
Also having medical conditions linked to ingesting PFAS through a borehole for many years polluted by the government.
It might be nice to of been invited to the said meeting in the article. I know nothing about meeting with Chief minister or others happening early in December?
This saga just goes on and on. Like it has for decades now.
To place a comment please login Login »