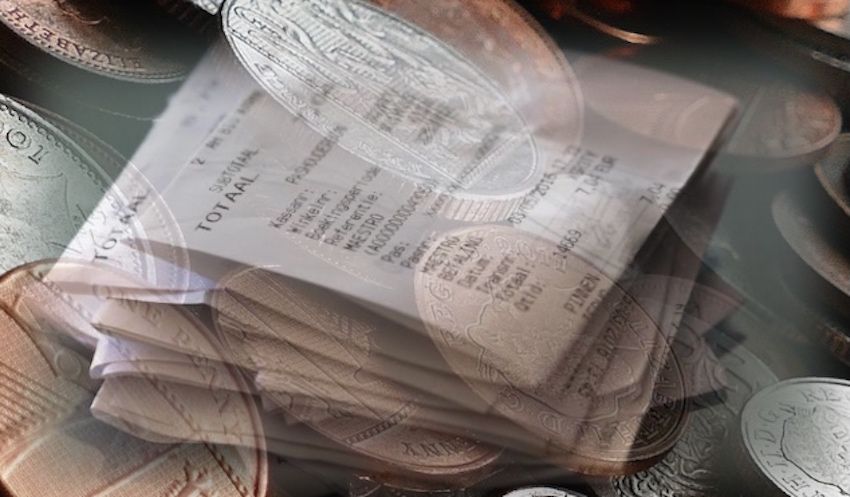 The 20% rate of tax is not “sacrosanct” – but should not be changed without “careful” consideration and consultation, according to the Treasury Minister.

Deputy Ian Gorst was speaking during a debate on an amendment by Reform leader Deputy Sam Mézec to the Government’s proposed mini-budget to deal with the cost of living crisis.

Instead, under his plan, all taxpayers would have fallen under the marginal relief system, with the basic rate reduced from 26% to 25%.

This, he argued, would "see the tax liability reduce for tens of thousands of islanders", while "those who earn the most will be required to pay slightly more." The proposal was defeated.

While the Treasury Minister spoke against Deputy Mézec's amendment, which he said would "tear up one of the pillars of our economic stability", he said that looking at changing the tax system in future was not beyond the realms of possibility. 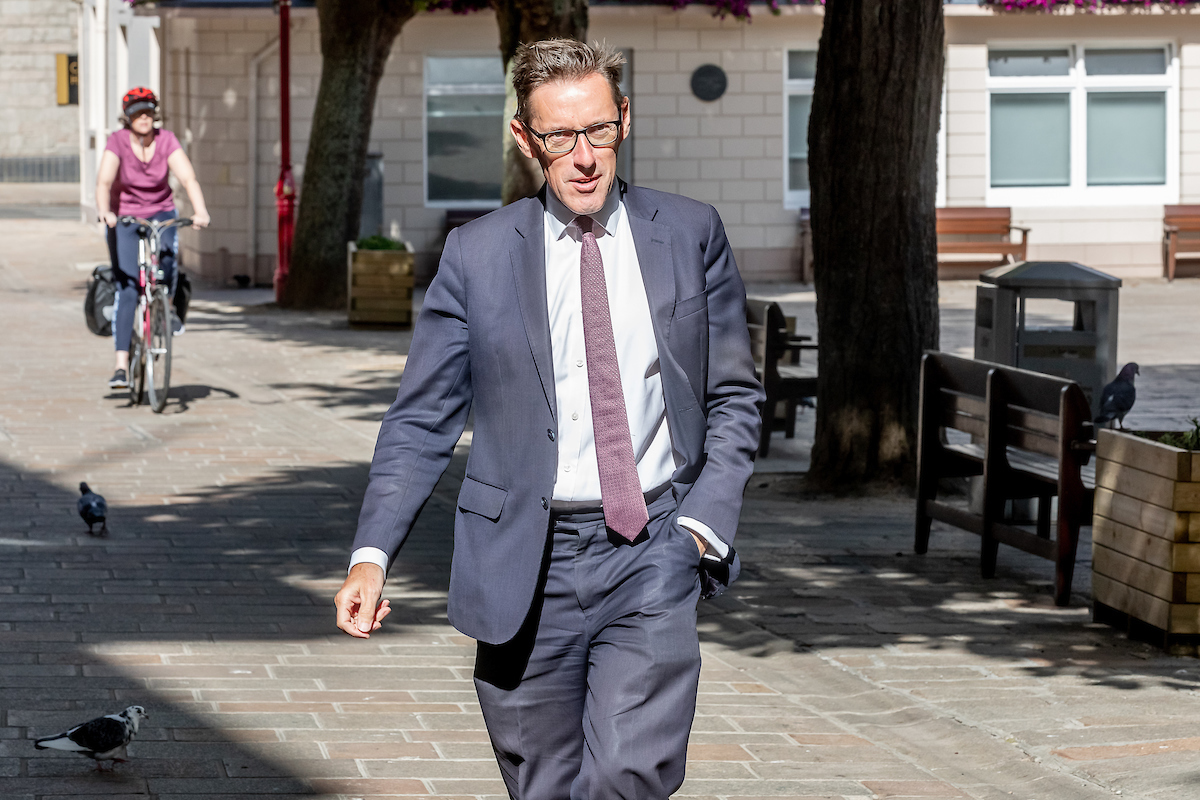 Pictured: The Treasury Minister said the island's tax regime was one of the "pillars of our economic stability."

"Is the standard 20% rate of income tax sacrosanct? No, I don't believe it is sacrosanct but what it does is provide great certainty for taxpayers and it is a fundamental pillar of our successful and stable income tax system and our wider economy, and this stability at a time of global economic instability, uncertainty and volatility is not something that I believe Members should support in this exceptional budget without appropriate consultation," Deputy Gorst said.

Headline measures in the mini-budget include a 12% increase in income tax thresholds from 1 January, and a three-month 2% reduction in Social Security contributions on the employee, or self-employed, side.

Defending the existing measures in the mini-budget, Deputy Gorst continued: "We have very generous thresholds and I believe it is right to increase these thresholds and change the policy upon which we would normally increase thresholds, as we are proposing here in a timely, targeted and temporary way – that is the right way to put money back into islanders' pockets, not ripping up the very basis of the stability of our tax system."

If there is appetite for a review of potential changes to the income tax system, "then let us do that carefully, let us do that proportionally and in consultation with all the stakeholders in our community, understanding the unintended consequences, understanding the potential benefits," Deputy Gorst said, "but not on the back of a mini-budget, which is using the existing mechanisms to deliver much needed financial benefit to islanders."

Reform's Deputy Montfort Tadier noted that Deputy Gorst's speech appeared to mark a change in approach towards the '20 means 20' policy, with previous Governments having been clear that it was "sacrosanct". 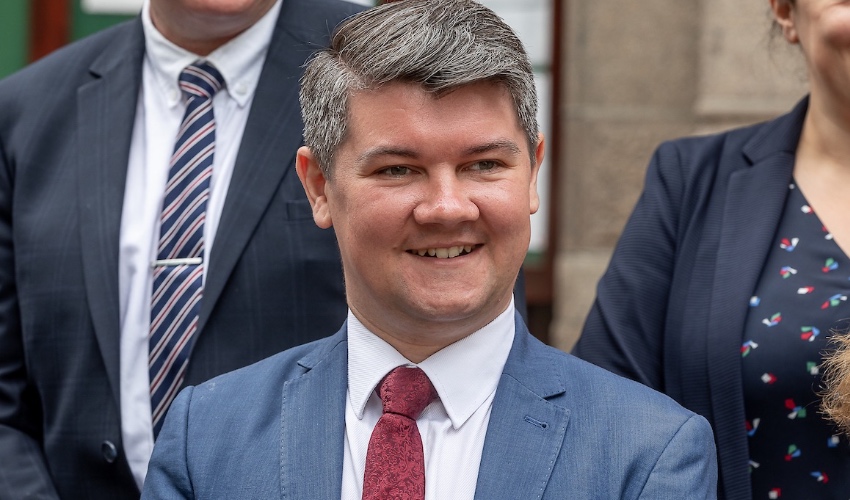 He argued that, contrary to Deputy Gorst's protestations, that the proposal was "basic and uncomplicated". He also suggested that, while Deputy Gorst spoke of consultation, the Government he was part of appeared to have done little consultation prior to scrapping the Overdale hospital project.

Deputy Max Andrews said he would be supporting Deputy Mézec's proposal, which he described as a "reasonable" step in assisting islanders "in terms of increasing their net income." Going on to label himself a "social democrat", he urged Members to be clearer about where they stand politically and whether that influenced their voting perspective on this matter and others.

Agreeing with the Treasury Minister, Constable Richard Vibert equally labelled the island's current tax system as a "fundamental pillar" of the island's economy, expressing concerns that any changes to the regime would attract "considerable negative publicity for the island" and may "deter" businesses from moving here, which could result in job losses.

Deputy Alex Curtis said that he'd like to think that any review of the island's tax structure would occur outside of a mini-budget debate – and that it would also have regard to the role of high-value residents.

Deputy Ozouf praised Deputy Andrews' perspective as "thoughtful", but, amid discussion of political ideologies, cautioned against seeking a "big nation solution" for a small island. "We do need a new vision for Jersey," he said, but noted that a proposal that is "long-term" in its outlook, such as Deputy Mézec's, could not be "sensibly" had within such a short timescale.

Reform Deputies Lyndsey Feltham and Tom Coles both described Deputy Mézec's suggestion as the long-term solution the island needed, with the former saying it would put "more money into the pockets of those who need it most" and respond to the struggles of "'Middle Jersey'".

Chief Minister Deputy Kristina Moore said that her Council had considered reducing the marginal rate to 25%.

However, she explained: "We would like to be able to move the marginal rate yet further down to ensure that 'Middle Jersey' is paying an appropriate amount in taxation and having their pockets protected... But, Sir, it was concluded after careful consideration that for the purposes of the mini-budget, it would be simpler and fairer to approach this by increasing tax allowances rather than reducing the marginal rate."

Deputy Kirsten Morel said it was inappropriate to debate such a fundamental change without island-wide consultation.

"...Is it prudent as a responsible States Member to fundamentally change Jersey's tax system without anyone really knowing about it?" he said, later adding: "I think it couldn't be a less prudent move if we tried."

Concluding the debate, Deputy Mézec said it was a somewhat "unpatriotic" argument to suggest that businesses and islanders might leave simply due to a change in the tax system.

He also said he would second Deputy Curtis, should he wish to bring any proposition seeking to suspend or even abolish the high-value-residency regime, noting that he had previously served on the committee that considered applications and thought the system "dreadful".

Responding to the calls for more consultation on such a change, Deputy Mézec said that he felt the place to determine whether there was appetite was "at the ballot box". His proposal was a point in the manifesto of Reform Jersey, and 10 States Members were elected "on the basis of that document", he said.

Closing, he said introducing his proposals would actually reduce the cost of income tax measures proposed to be in force next year from £34m to £22m, putting less pressure on public finances to find potential cuts elsewhere.

The proposal was ultimately defeated with just 11 votes in favour.

Deputy Mézec's colleague, Deputy Lyndsey Feltham was, however, successful in securing access to the Community Costs Bonus for 6,000 more households.

The States Assembly has voted to APPROVE Deputy @lyndsayfeltham’s amendment to the Mini Budget, as amended by the Council of Ministers. https://t.co/DuPjE5sKjZ

The debate on the mini budget continues this afternoon.

FOCUS: The bid to scrap '20 means 20'... and other big budget battlegrounds

FOCUS: Mini budget... "reasonable" or "inadequate" for the island's poorest?

Gov ‘to consider’ cost of living support for students

Posted by Martin on Sep 21st, 2022
20% tax means you work Monday to pay your tax ( 20% of a 5 day week ) & then we have Social Security Payments, mortgages, food - essentials which likely add up to 90% of SOME peoples entire income so any undue & even small increases can put some well into the mire & they may think why bother - go to the Parade gardens with a bottle in a brown paper bag = no worries no responsibilities AND then a cost to the rest of us??
Posted by John Henwood on Sep 21st, 2022
If by Income Tax the government means tax on income, then it's already 23%. They will tell you the additional 3% is not income tax, but a Long Term Care levy, but it's levied on income, so it's income tax. Let's stop pretending that Income Tax is still 20% - be honest about it.
Posted by Scott Mills on Sep 23rd, 2022
This 20%, helps the finance industry pay no TAX!!!! lovely playing field isn't it. Yet this tax regime only favours the rich and less beautiful people of the island. 20% for someone on £30k, is a huge chunk compared £300k. Yes the amount is more, but what's left is a very unfair ratio. Many modern countries have tax bands. 0-10k no tax, 10-20k 10 % etc......but that would be a fairer tax balance. Fair in Jersey...along with competition...not a chance
To place a comment please login Login »