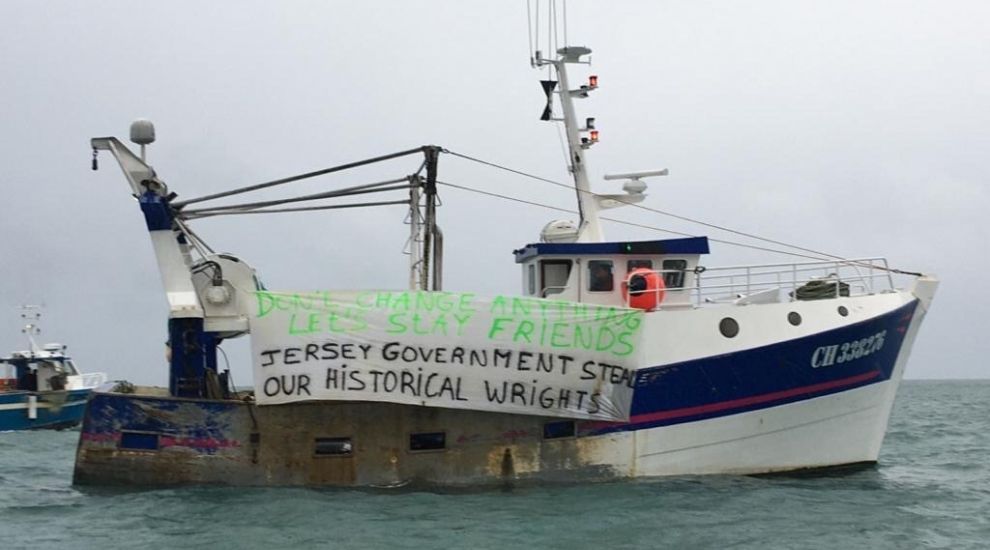 France and the UK have said they’re ready to dig their heels in during a crunch fishing row meeting today that could dictate whether Jersey gets hit with sanctions.

Brexit Minister Lord David Frost will today be meeting French European Affairs Minister Clement Beaune – with whom he had a Twitter spat earlier in the week – in Paris to find a solution to the row over post-Brexit fishing licences.

Elysée spokesperson Gabriel Attal warned after a cabinet meeting yesterday that “all options” remain “on the table” when it comes to sanctions, while a Downing Street spokesperson was last night quoted by the Guardian as saying that Lord Frost would simply “reaffirm our existing position” during today's rendezvous.

Responding to Jersey’s decision not to grant around one quarter of licence applications, France threatened to step up inspections and block Jersey fishers from landing their catch at its ports from Tuesday if it did not get all the licences it requested - a move described as “disproportionate” by Jersey Ministers.

But President Macron confirmed on Monday night that France would temporarily hold fire to allow talks to continue.

Since then, Jersey officials, and some from Guernsey, have been meeting virtually with their UK and French counterparts each day to find a solution to the row.

Video: The Elysée spokesperson explains that possible sanctions are still on the table - but that France won't make a move until it has spoken to the European Commission on Friday following tomorrow's crunch meeting with Lord Frost.

The island has always maintained that the dispute is a technical rather than political one, and that it will provide licences to any vessels able to provide evidence they have fished in the island’s territorial waters for at least 10 days in any of the past three years.

Jersey Ministers revealed this week that they had even purchased commercial data in a bid to plug gaps in the information they had received from France and unblock talks.

France’s Maritime Minister, Annick Girardin, confirmed on Tuesday that discussions now centred around 13 boats and whether their owners acquired the right to work in local waters in vessels that have since been replaced.

She also said she wanted a “precise calendar to tackle all the other topics, such as temporary licences and technical measures.”

Following his meeting with Lord Frost today, M. Beaune will be attending the European Commission in Brussels to discuss the next steps – including any potential retaliatory measures, should the France-UK meeting result in a standoff.

M. Attal said yesterday afternoon: “I would remind you that this is first and foremost a European issue and therefore the meeting with the European Commission will be very important and we must wait [before putting any sanctions in place].”

The European Commission did not respond to repeated questions from Express on whether it endorsed the sanctions initially announced by France, and whether they had been approached beforehand about them.

Denying that she was making "a lot of noise over a few licences" in the Senate this week, Mme. Girardin said that the dispute was about defending the "right" to fish, and recognising the families and workers on land supported by every fisherman.

Video: Mme. Girardin speaking about the licensing row in the Senate.

On Tuesday, Prime Minister Boris Johnson downplayed the fishing dispute when asked about it at a COP26 press conference in Glasgow, which French President Emmanuel Macron reportedly left prematurely.

Mr Johnson told a reporter: “On our relations with France, I really renew what I’ve said before: we are working very closely with our French friends and partners on the things that matter most to the people of the world, which is tackling climate change and reducing CO2.

“By comparison with that hugely important issue, the ones you mention are vanishingly unimportant, but since you ask whether the UK has changed its position on the fishing issue, the answer is no.”

Despite statements from the UK and France suggesting an inflexible stance on both sides, the European Commission nonetheless struck a more optimistic tone at a press conference yesterday.

“These talks have allowed us to chart the way forward on several aspects and created a positive dynamic aiming at a solution,” spokesperson Tim McPhie said.

Video: The European Commission was more optimistic about the ongoing talks.

He later added: “The talks in these past few days have allowed for a better understanding of outstanding issues which have been impeding quicker process, and we hope that the positive engagement on all sides will soon translate into concrete results.”

Posted by Martin on Nov 4th, 2021
GROSSLY unfair for JERSEY to potentially get hit with sanctions for deciding what to do with JERSEY waters!

It seems that Brexit has been one cock up after another even & especially affecting those who have nothing to do with it!
Posted by Roy Dean on Nov 5th, 2021
No one is stopping anyone Fishing