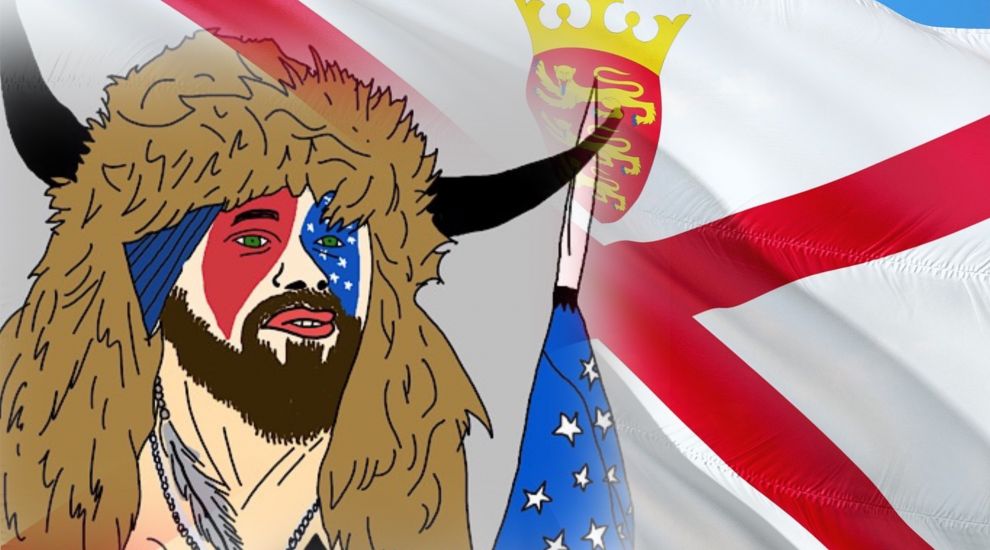 Polls have revealed that 20% of the Jersey electorate still believe in the far-fetched theories of ‘Les-Q Anon’ - a group fighting for a change of leadership around Red Houses.

The group says that these health professionals, who all have low cholesterol, and eat baby carrots, have secretly taken over the parish Roads Committee.

They allege that the powerful paediatricians have infiltrated the very highest tiers of Jersey society, from the top ranks of the Jersey Field Squadron to the St Brelade’s WI.

The baby-carrot-eating medics arranged to “steal” the 2018 election in St Brelade No 2, according to Les-Q Anon, with the plot hatched at a meeting in a basement of the local chippie, a scandal that became known as “Burger-gate”.

Les-Q Anon say that, through subterfuge and cunning, the tyrannical coterie ensured that the turnout in the district was only 46.40% and 12 people spoiled their papers.

This prevented Les-Q Anon’s own preferred candidate, Donald de la Tromp, from getting in, despite his zero recorded votes.

Les-Q Anon communicate with other ‘District 2 Patriots’ via Ouen-chan, a dark-web message board developed in the north-west of the island.

On the platform, they have alleged a Jersey Senator has been videoed talking about Population, Parking and Planning Policies. This so-called “P-tape” is rumoured to show the politician working hard delivering on his election promises - but no such evidence has ever been found so it has been dismissed as fake news.

Its leader - dubbed ‘Q Le-Braye-Man’ often wears Jersey Cow horns and carries a cabbage stick. He was last seen waving the parish flag - a curly fish - after storming Communicare, until asked politely to leave by the caretaker, last January.

He was claiming that the nefarious sect had infiltrated the ‘deep States’ down in Town.

Commenting on the Les-Q Anon theories, one parishioner, 94-year-old Wilbur Quénault, said: “The last thing Jersey needs is to be influenced by the unfounded conspiracy-based and hate-filled politics of other jurisdictions.

“If there’s one thing I’ve learned in my long life, it’s that cock-up trumps conspiracy 99.9% of the time.”

WARNING: This is definitely made-up nonsense…honestly.