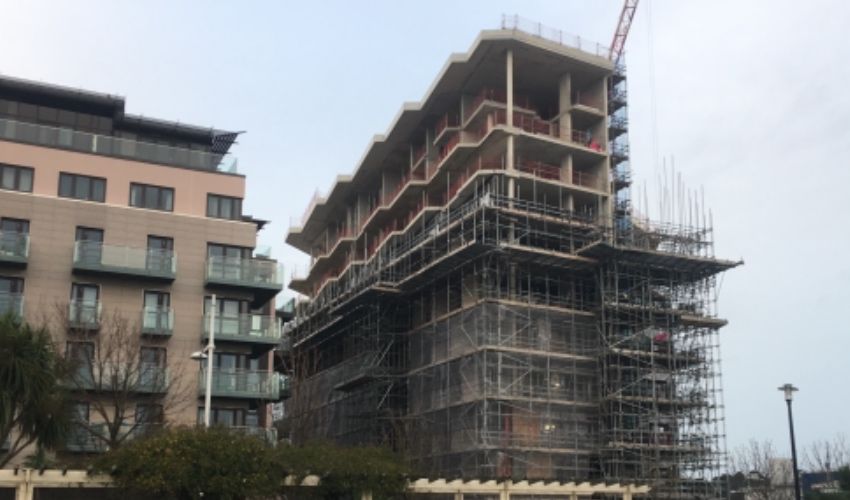 Without anyone apparently noticing, the French have taken one of their promised “retaliatory measures” against Jersey in response to the fishing crisis.

In a covert operation conducted over a number of months, French agents posing as construction workers have added at least three storeys to the Horizon development on the Waterfront, creating a giant block of flats which no one was expecting.

The Gallic subterfuge was recently spotted by friends Hedley Pedley and Roy Troy, who were visiting Fort Regent for their booster jabs.

Hedley explained: “There we were, coming out of the Fort, when Roy suddenly looked out over the Harbour, pointed his recently jabbed arm westwards and exclaimed: “Arrrrr Byyyy Criiii, when did that concrete behemoth suddenly emerge?

“We thought that Castle Quay and the Radisson stood out like sore arms down there but this new development dwarfs them both. How’d that happen?

”It‘s so big that you can’t even see the Radisson now, which I guess is a small mercy.” 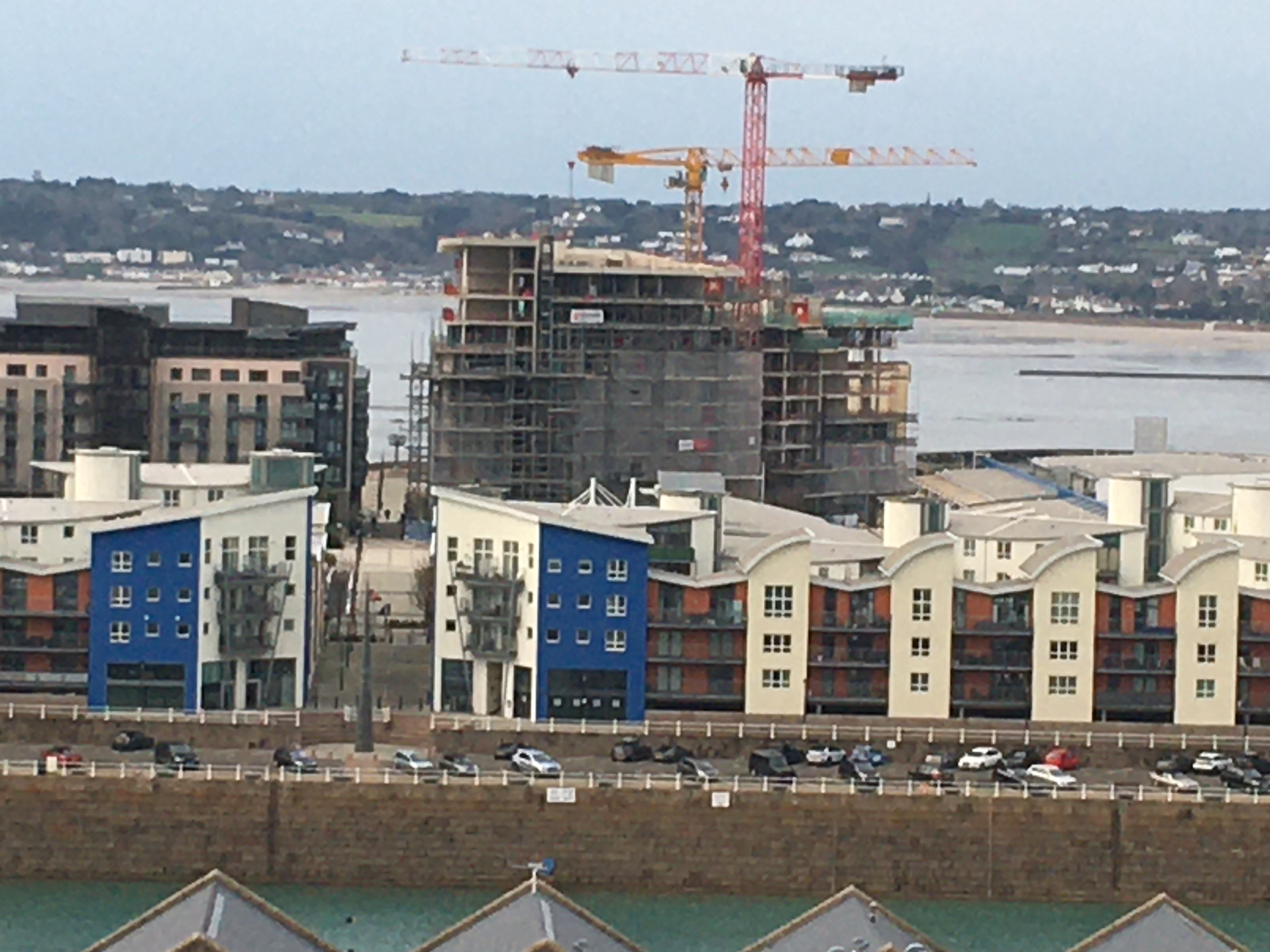 Pictured: Hedley and Roy’s view from the Fort after getting their boosters this week.

It later transpired that the flats were supposed to follow the Government’s policy of “tall buildings over eight storeys will only be supported in exceptional circumstances” but the French had secretly added floors as part of a plot to destabilise the island.

A Government spokeswoman said: “After failing to cut off our electricity, it seems our Gallic cousins want to invade our skyline. They might have succeeded in building nine storeys this time but they won’t get away with it again, no siree!”

The spokeswoman added that the new development did have its advantages, as Boeing had expressed an interest in using the gap between the blocks and Castle Quay as a wind tunnel to test new aircraft.

A French Government spokesman denied all knowledge of the subterfuge.

“Non, we weren’t involved in any underhand activity, although we never rule it out in an election year” he said. “Désolé, Jersey, you did this all on your own… if you don’t pay attention during the planning phase, c’est votre faute!”

Despite this denial, it is understood that special operatives from the Jersey Field Squadron may be deployed to knock a few feet off the Eiffel Tower in retaliation.

WARNING: May, just may, contain satire.