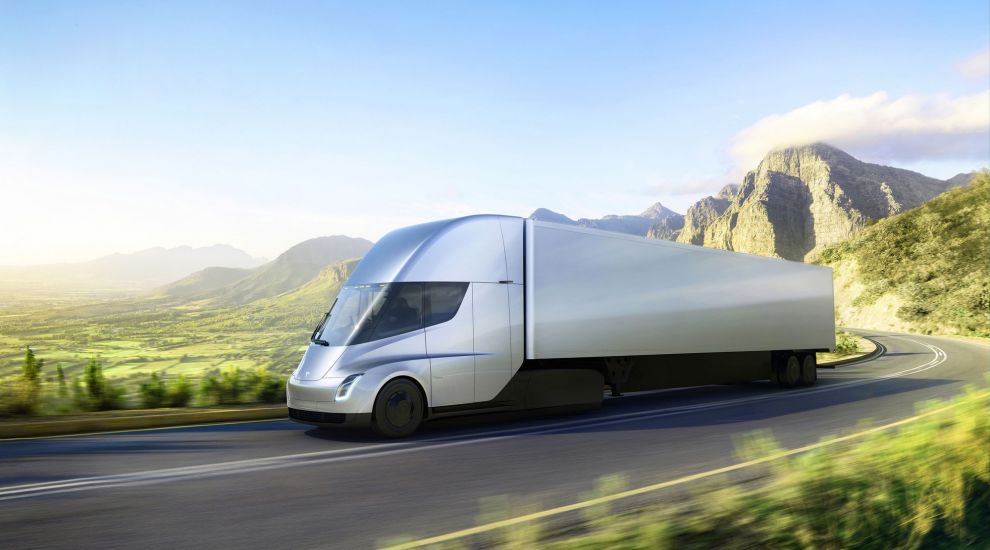 Tesla boss Elon Musk has unveiled an electric lorry and a 250mph supercar at the company’s design centre in California.

The launch of the articulated lorry was topped by the surprise appearance of the new Roadster, which appeared from the back of the truck.

Chief executive Mr Musk said the lorry will be capable of travelling 500 miles on electric charge and will cost less than a diesel truck considering fuuel savings, lower maintenance and other factors.

Mr Musk did not reveal the lorry’s price, but told Tesla fans at the Hawthorne design centre: “We’re confident that this is a product that’s better in every way from a feature standpoint.”

The company has spent more than a decade making cars – and, more recently, solar panels – and is now looking to diversify into big trucks to help its goal of shifting to sustainable transport.

The truck will have Tesla’s Autopilot system, which can maintain a set speed and slow down automatically in traffic. It also has a system that automatically keeps the vehicle in its lane.

Mr Musk said several Tesla lorries will be able to travel in a convoy, autonomously following each other.

He said Tesla plans a worldwide network of solar-powered “megachargers” that could get the trucks back up to 400 miles of range after charging for only 30 minutes.

Lorries account for nearly a quarter of transport-related greenhouse gas emissions in the US, according to government statistics. But the new lorry also piles on more chaos at the Palo Alto, California-based company.

Tesla is way behind on production of the Model 3, a new lower-cost car, with some customers facing waits of 18 months or more.

It is also ramping up production of solar panels after buying Solar City Corporation last year.

Tesla is working on a pickup truck and a lower-cost SUV and negotiating to build a new factory in China. Meanwhile, the company posted a record quarterly loss of 619 million dollars (£470 million) in its most recent quarter.

Mr Musk also leads rocket maker SpaceX and is dabbling in other projects, including high-speed transit, artificial intelligence research and a new company that is digging tunnels beneath Los Angeles to alleviate traffic congestion.