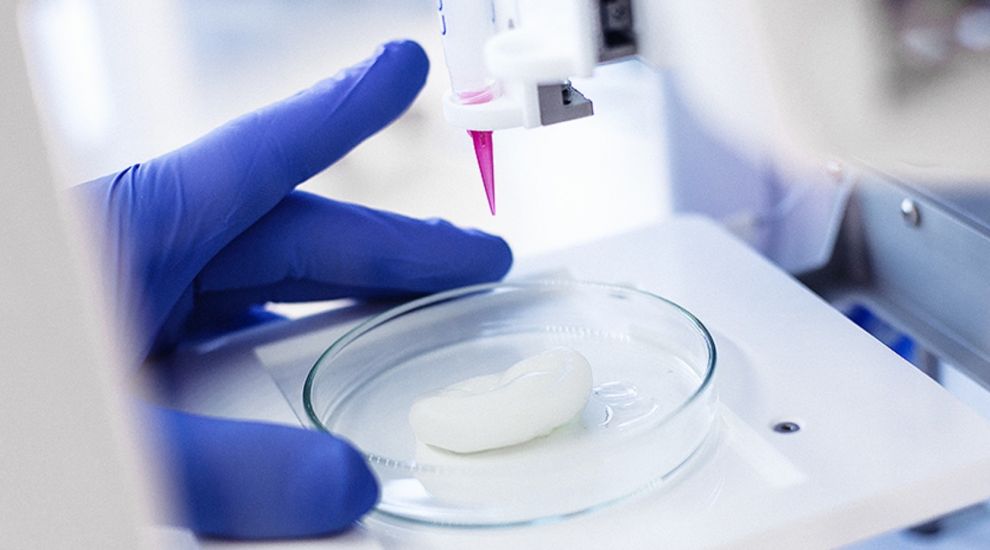 It may sound like the stuff of science fiction, but a technique to 3D print body parts using ink that contains human cells is being developed by a Swedish firm.

Cellink uses a process known as 3D bioprinting that uses cell-laden bio-ink to create and grow human tissues and organs.

The bio-ink itself is created using cellulose sourced from Swedish forests and alginate formed from seaweed found in the Norwegian Sea, which is mixed with human cells and then 3D printed with a special machine.

Currently, the scientists involved are focused on growing cartilage and skin cells that are suitable for testing drugs and cosmetics, but the firm’s co-founders believe it could be used in the future to produce organs fit for transplants.

For now, the company is working on drug discovery, where potential new treatments can be tested on the 3D printed tissue and the impact evaluated.

Cellink says this process “allows us to produce more realistic and functional models of what is truly happening at the cellular level”.

The firm says it believes it will help in speeding up clinical trials, decreasing the number of failures and reducing the amount of animal testing that takes place – something it says also is a long-term goal to eradicate.

According to Cellink, companies such as L’Oreal are already working on skin tissue models that could be used with Cellink’s products.

Cellink chief executive Erik Gatenholm told the BBC: “The goal [from the start] was to change the world of medicine – it was as simple as that.

“And our idea was to place our technology in every single lab around the world.”

They hope to have the technology in place in labs, creating organs, within 20 years.