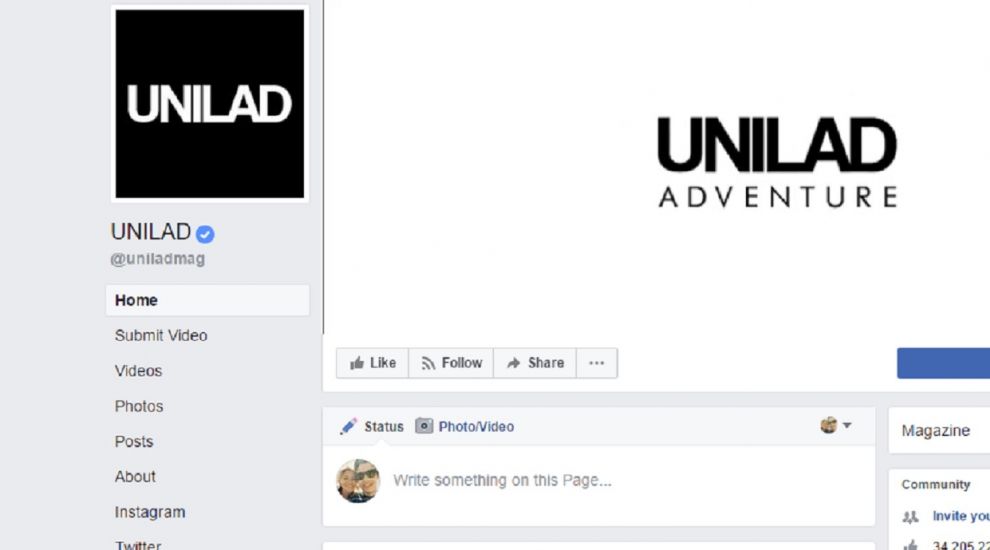 The viral site has more than 34 million likes on Facebook and is one of the most popular media publishers on the social network.

Details of the apparent removal have not been confirmed, and Facebook has not yet commented on the incident.

However, some Twitter users claimed the page was blocked over comments that appeared on a post about the death of American rapper Gustav Ahr, known as Lil Peep.

Twitter user James.M claimed he had reported the Unilad page over the comments, and then received a message from Facebook saying the page had been removed for breaching the social site’s Community Standards.

“To be fair wasn’t Unilads fault (sic), but the comments on the post were disgusting. In humane. Someone died,” he wrote on Twitter.

According to reports, the page disappeared in the early hours of Friday morning, with those attempting to visit the Unilad page instead presented with the message: “This page isn’t available. The link you followed may be broken, or the page may have been removed.”

The page reappeared on Friday afternoon.

The site’s spin-off pages, including Unilad Gaming and the main Unilad website, were unaffected by the take down.

The viral news company has not yet responded to the removal.

The site was founded in 2010 by student Alex Partridge, but was shut down in 2012 following heavy criticism over alleged sexist content on the website.

It was relaunched in 2014 under the new ownership of Liam Harrington and Sam Bentley, and according to independent figures was the most popular media publisher on Facebook in 2016.