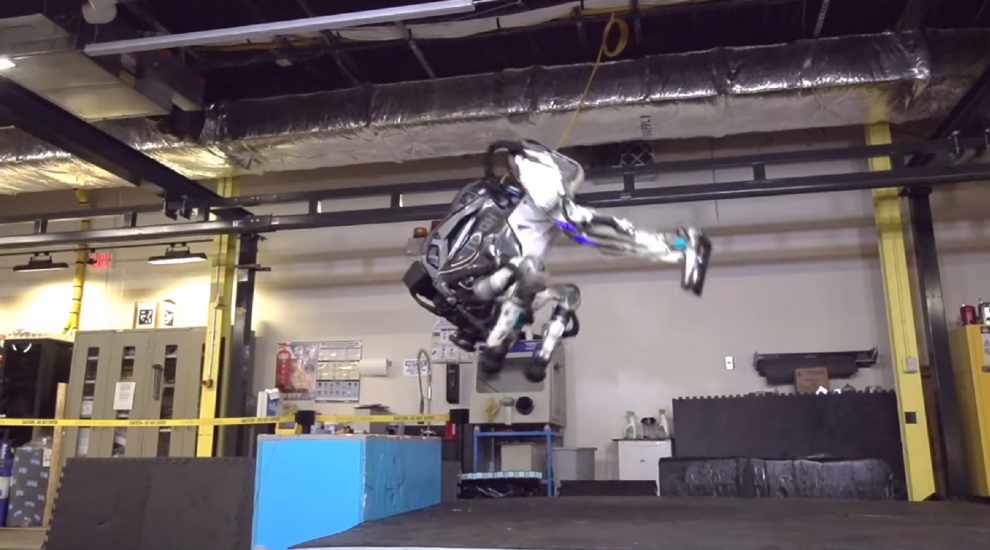 Watch this Boston Dynamics robot pull off the perfect back flip

Watch this Boston Dynamics robot pull off the perfect back flip

Atlas is an advanced robot designed to look like a human – it has arms, legs and 28 joints and is able to mimic the movement of humans. It is nearly 5ft (1.5m) tall, and weighs 165lb (75kg).

The robot’s latest feat was to show off its balancing abilities by performing a series of jumps in front of a camera, polishing it off with a perfectly-executed back flip.

The robot has come extremely far from its first few iterations, when it would fall over easily and be unable to right itself unassisted.

Boston Dynamics was bought from Google’s parent company, Alphabet, by Japanese firm SoftBank in August, but, from this latest clip, it looks as though developments are surging ahead.

Its other projects include Spot, a dog-like robot; Handle, a robot with legs and wheels, which can pick up heavy loads and manoeuvre over tough terrain; and WildCat, the world’s fastest robot on four legs.