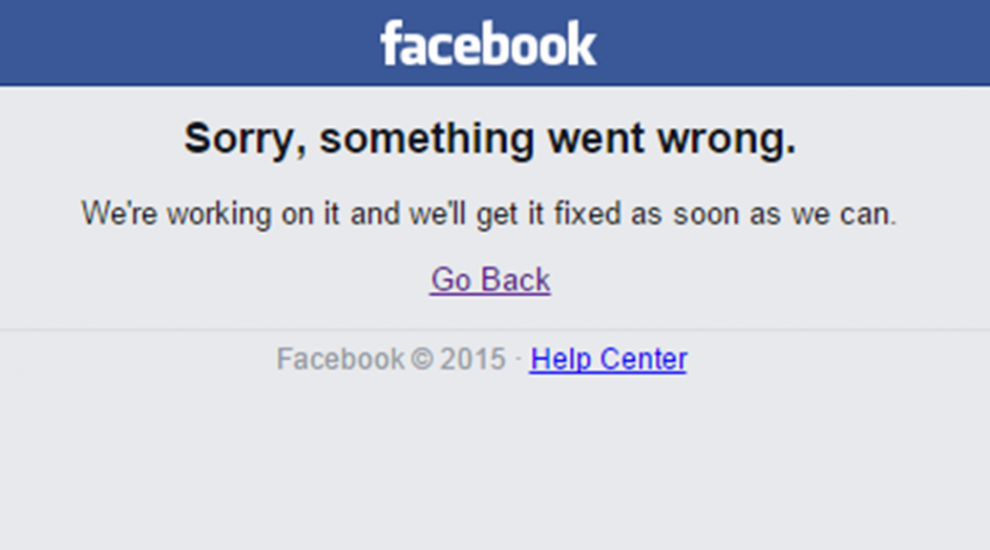 For the second time in a week, Facebook users who were hoping to spend an evening stalking old friends and reminiscing over their old holiday photos were met with this annoying message.

It remains unclear why Facebook has fallen off the face of the Earth for the second time in seven days, but people were quick to take to Twitter to vent their frustrations.

1. Some people only noticed because of the influx of new people all up in the Twittersphere.

2. One theory claims that old Zuckerberg got a little green-eyed over Mars getting all the media coverage.

3. We all considered ditching Facey B for good and going back to an era of more dependable social networking.

4. For now, Twitter is our only source of digital communication.

5. Some social network enthusiasts went into a state of blind panic.

6. While others just want us to keep calm and carry on.

7. After all, there are plenty of other fun ways to spend an evening.