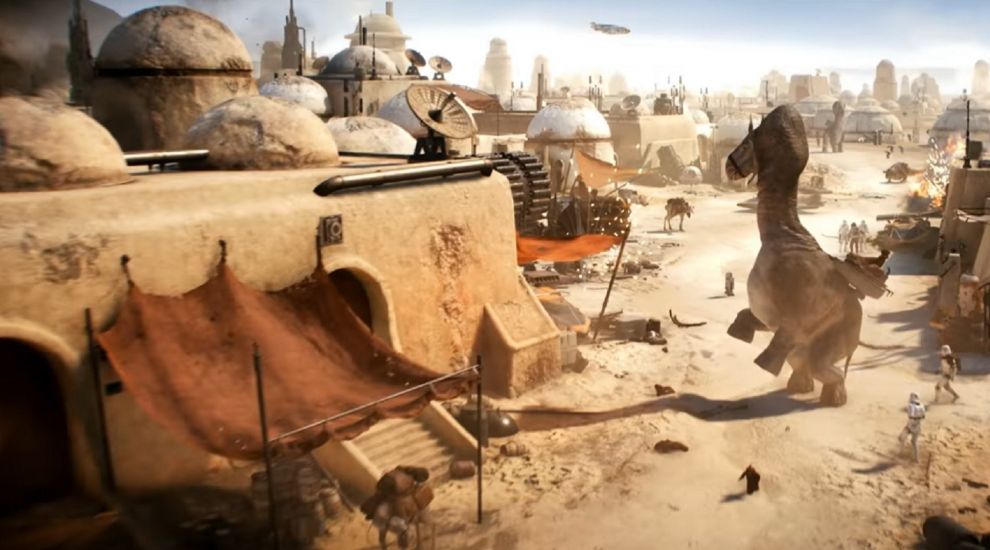 After gamers were left frustrated by Electronic Arts’ new Star Wars: Battlefront II game, the company hosted a Reddit AMA in an attempt to rebuild bridges with their players.

The main points of contention appeared to be with access to characters such as Luke Skywalker and Darth Vader, who must now be unlocked using credits before they can be played in multiplayer mode.

Players were left unamused by the amount of time or money they estimated they would have to spend for top tier characters, but also had other concerns about the game.

hanburgundy: Even among game journalists, the progression system sticks out as the clear sore point in what otherwise looks like a very well made game, to the point that for many it is souring the whole experience. Are you considering radical changes to this system? Is there anything you have decided you won’t change?

WazDICE: “I think this concern has come through loud and clear. We’re going to continue adjusting the crate systems, content, and progression mechanics to hit a point that gives players a great, balanced experience at all skill levels.

“We’re working on expanding the number of ways that players can progress, putting more control in their hands and providing more options and choice in the way people play. There’s not much in the game that we wouldn’t revisit to improve the game for as many players as possible.”

HyzerRay: As a father with young kids, the two things that I lack are time and money. For all players like myself, with the vertical progression of the star card system how can we progress in game and stay on EVEN footing with those that have hours upon hours to grind daily, and those that are willing to throw down $$$ on loot crates for power increases via star cards and hero unlocks?

d_FireWall: “Mainly through matchmaking. We take into account not only your gameplay skills, but also inventory and time played, when we match players together in multiplayer. You should not ever be matchmade together with players who are much better than you are.

“Ultimately your effectiveness is going to come down to skill, not the Star Cards that you have. If it doesn’t feel that way, we’ll see it on our side, too. Our data will tell that story and we’ll make adjustments.

“We’re looking at results from millions of matches and will be continuously re-balancing items, unlocks, and matchmaking to create a fair, fun experience for all of our players. Beyond that, all Star Cards have maximum values regardless of how they are unlocked.”

HockeyBrawler09: Who is doing research on the development of Star Wars IPs? Star Wars IPs from the late 90s into the 00’s are some of the most beloved video games in recent memory, and many are still being played today by strong communities of gamers. Does EA just not realize if they gave in to what consumers wanted by removing loot boxes and gross microtransactions they’d be setting themselves up for long term profits and possibly a positive relationship with their base which could flood into other genres/markets? Or is short term profit the only goal?

d_FireWall: “Our partnership with Lucasfilm gives us access to a huge amount of Star Wars information, but beyond that, we’re always looking back at the heritage of Star Wars games. From “Watch those wrist rockets” from the old Battlefront to the inclusion of the Heavy Repeater from Jedi Knight that Iden picks up, we treat the previous games as a part of this same legacy.

“Bringing more of their universe to life with Battlefront gameplay is one of the things we’re most excited about in operating a Live game. Regarding microtransactions, we want players to enjoy their progression through the game and want gameplay to be fair along the way. Microtransactions are there for player choice, but won’t be a requirement to play or succeed at the game. And like everything else, we’ll continue tweaking and tuning until we achieve these goals.”

sunny_xo: Arcade mode is VERY basic atm. Will there be an update with a sort of skirmish mode with Space Battles + Galactic assault? Thanks for your reply and I’m sorry microtransactions have overshadowed an otherwise exceptional game.

TheVestalViking: “We see Arcade as a great way to get familiar with the game as well as put you alone, or you and a friend, into an experience tailored for that number of players.

“That said, we are very aware that some of you would love to have what is essentially a Multiplayer mode available offline. And we think that makes sense! It’s an opportunity for learning the ins and outs of the Multiplayer and allows for a great, safe experience. Nothing we can commit to today, but we’ll keep this one on our list.”

squishysquishh: What do you plan to do to repair the backlash you’ve received and are you worried this will have serious impact between you and the consumers?

TheVestalViking: Jumping into this AMA is just one of the ways we want to start to repair the bridge to our players. Lots of people told us that we shouldn’t do this this as it wasn’t going to go like we hope it would. That said, we are committed to continuing this dialogue even if we need to face some harsh feedback.

“We welcome the discussions and criticisms, we’re not just here for the praise (although it is nice to hear!) and we’ll continue to be here, and on our forums, talking to our community as we strive to work with you to make a Star Wars game you enjoy.”