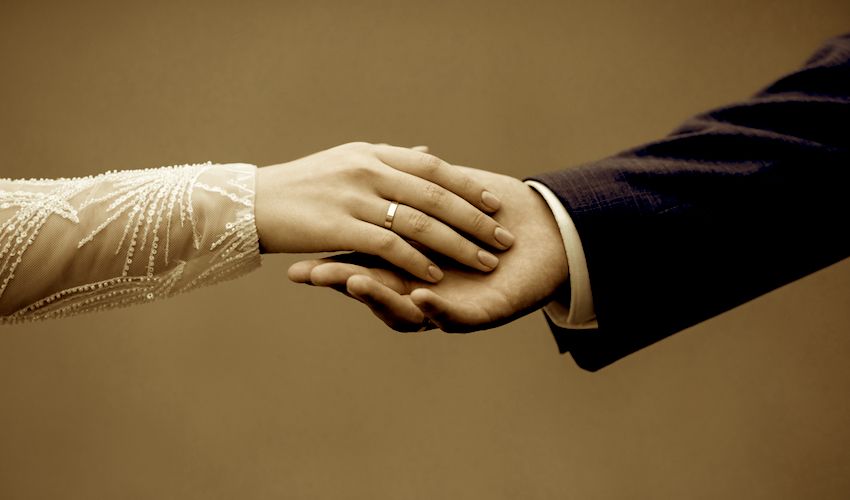 Archivists have uncovered how a bride's decision to take advantage of her castle-owning husband's failing sight on their honeymoon led to one of the most "scandalous" Jersey court cases of the 19th century.

Today, Jersey Heritage looks back at the life of Edward Stirling, whose hopes of marital bliss were dashed seemingly right under his nose, in a tale that goes a long way to show that love truly is blind...

“Edward Stirling had the castle and, after years spent on his own as a bachelor, thought he had the girl. But his love story took a turn for the worse when he was betrayed by his new wife on honeymoon, with all the details later played out publicly in court.

A retired civil servant of the East India Company, Edward had moved to Jersey and purchased Stirling Castle, opposite the traditional Jersey granite Stirling Castle Farm, from James Boreham in May 1847.

The castle is possibly one of the most unusual buildings in the island and was built on land in the Jardin de Bas en la Valette in St. Helier. The Jersey Times of the 7 June 1850 records the Masonic ceremony which marked the laying of the foundation stone of the castle. The Masonic star can still be seen on the circular window on the road side of the property today.

Edward was a 53-year-old bachelor and his final years in the civil service had been blighted by ill-health and failing sight. It must have come as a surprise to his family and friends when, on 21 September 1850, he married Anna Isabella Glascock, who was only 23-30 years younger than Edward.

Unfortunately, Edward and Anna’s marriage did not blossom. Apparently, three weeks after the wedding Anna told her husband that she was returning to London. She came back to Jersey 15 days later with her mother, who appeared to patch up any quarrel between the couple and sent them on their honeymoon to Saint Malo on 15 November.

The Chronique de Jersey records that Edward soon discovered that on the ship to Saint Malo was one of his wife’s acquaintances, a Captain Benjamin Page, who she had met at a ball in Dublin. On arrival in Saint Malo, the Stirlings booked into the L’Hotel de France with Page taking the room next door to their suite.

Page is said to have dined with the couple and he reportedly took advantage of Edward’s blindness by acting in an indecent manner in public with Anna. That evening, she left the suite she had with her husband for three quarters of an hour and was later seen by a servant at the hotel leaving Page’s room. Edward left for St. Helier the next day and Page and Anna went to Paris and then London.

In 1851, Edward instituted formal proceedings for a divorce on the grounds of adultery. At the time, Jersey did not have a civil divorce law so the long, drawn-out, scandalous case was heard before the Ecclesiastical Court. The case was still unresolved when Anna died in in London in 1859.

Edward remained at Stirling Castle and in the 1871 census, he is registered as blind and living with Sophia Morris, his secretary/manager, Pauline King, his cook, and 19-year-old Anne Ryan, the housemaid.

Edward died in December 1873 and in his last will and testament he leaves all his household furniture and effects to Barbé Metz, also known as Miss Mars. The testament contains a comprehensive list of furniture and household goods, including a piano, seven mahogany chairs, flower stand and pepper box. It also lists 128 books left to Miss Metz, which include Coleridge’s Poetical Works and a Narrative of the Arctic Land Expedition.

Records don’t show what connection Barbé had to Edward but after his dreadful experience with Anna, one hopes that he finally found love at the end of his days.”