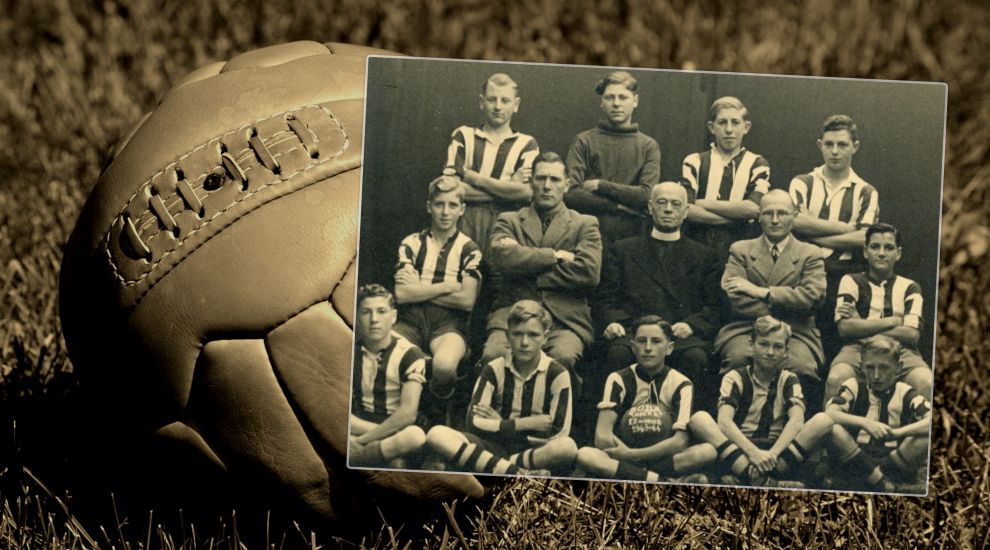 In the 1891 census, a chemist named Jean Ereaut lived on Wellington Road in a house named The Beeches. In the present day, you would be more likely to recognise this building and grounds as De La Salle College.

On 3 November 1900, Ereaut sold the property to Kate Eveline Bell’s teenaged children, who were represented by a tuteur due to their young age. Bell later bought the property from her children in 1902.

After a 20-year absence the Institute of the Brothers of Christian Schools returned to Jersey in 1917.

This Roman Catholic order, also known as the De La Salle Brothers, prioritised education as a key part of their ministry.

Their aim was to find a new site from which they could provide a Christian education to boys in Jersey, and in September representatives of what would become De La Salle College purchased The Beeches, which included Beeches Cottage in the grounds, from Kate Bell.

By 1932, De La Salle College’s House system was well established. Jersey Archive holds records for Peary House in particular. These books detail elections of the head of house, as well as illustrate the means through which students competed for house points over the course of the academic year.

For example, during the Spring term of 1932, K Nicolle amassed 43 points for Peary house for classwork, whereas F Jackson and R Lobb were awarded points for passing Chamber of Commerce Examinations in subjects such as French, Commercial Geography and English.

Points were also subject to inter-house fixtures on the sports fields. Following a football match between Peary and Scott houses in 1932, the Peary house book provides details of the final score, as well as revealing the particular motivation for their performance in this match, which they won 15-0.

“The match last term between the same teams resulted in a narrow victory for Peary 2-1,” the Peary house book explains. “This term we wished to avenge the 'narrow squeak' of last term and certainly succeeded." 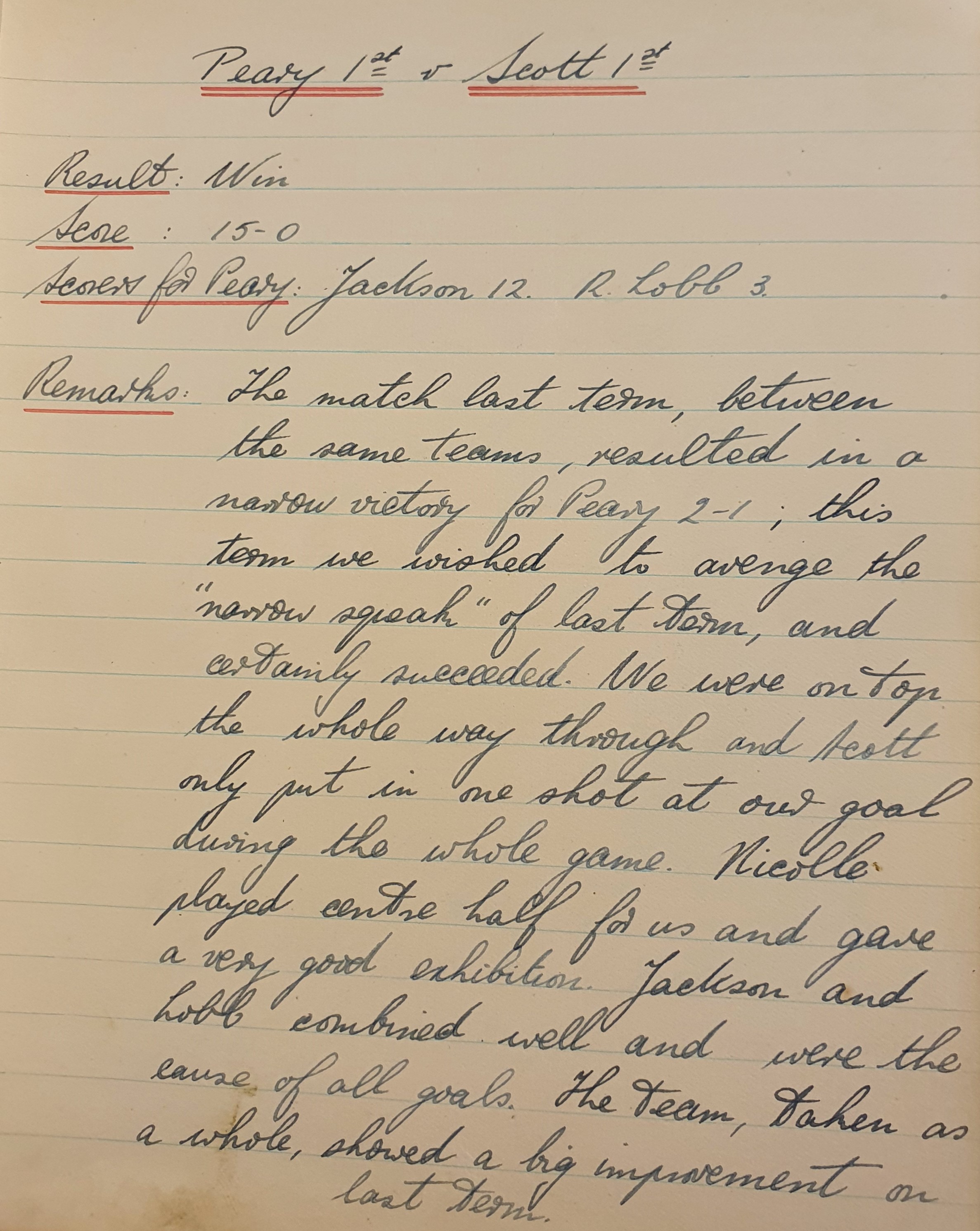 CLICK TO ENLARGE: The Peary house book explains how the team managed to "avenge the 'narrow squeak' of last term”. (Jersey Heritage)

A breakdown of points gained by members of Peary house during the Summer Term of 1942 shows the breadth of activities offered at De La Salle College by this time.

Combined with existing marks for class work and cricket are marks for tennis and drill. These marks, when added to points awarded on Sports Day, left Peary House with a total of 1,159 points for the summer term and 1st place overall amongst the De La Salle houses.

1942 was of course a time when Jersey was occupied by German forces. Despite the difficulties facing the Island, sports tournaments continued and De La Salle’s first team were able to sit for an official portrait to mark their 1943-1944 Season.

This team, accompanied by their coach Mr Aubin and Headmaster Brother Edward, are noted on the reverse of the portrait for their victory against St. Paul’s that season.

By the next season, 1944-1945, however, the deterioration in food supplies to the Island had become more severe as a result of the Allied advance through France to Germany.Consequently, it is written that there will be “no football for juniors” as the players are “considered not well fed enough.” 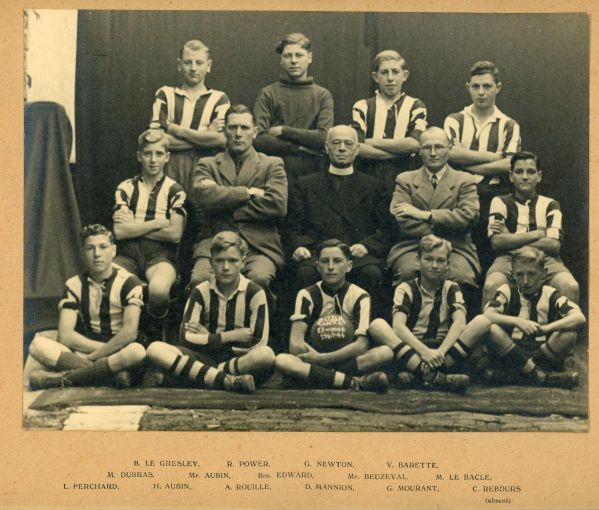 CLICK TO ENLARGE: De La Salle’s first team were able to sit for an official portrait to mark their 1943-1944 Season. (Jersey Heritage)

This comment is echoed in the football report on Peary House for Easter Term 1945.

In this report, it is stated that Brother Edward, who had led the school as headmaster since 1917, made his decision to cancel all football due to the reduction and subsequent “complete absence” of the bread rations.

For the students of De La Salle College, the reduction in rations available resulted in a dual consequence of hunger, as well as the cessation of their ability to take part in sports events and represent their houses and their school. 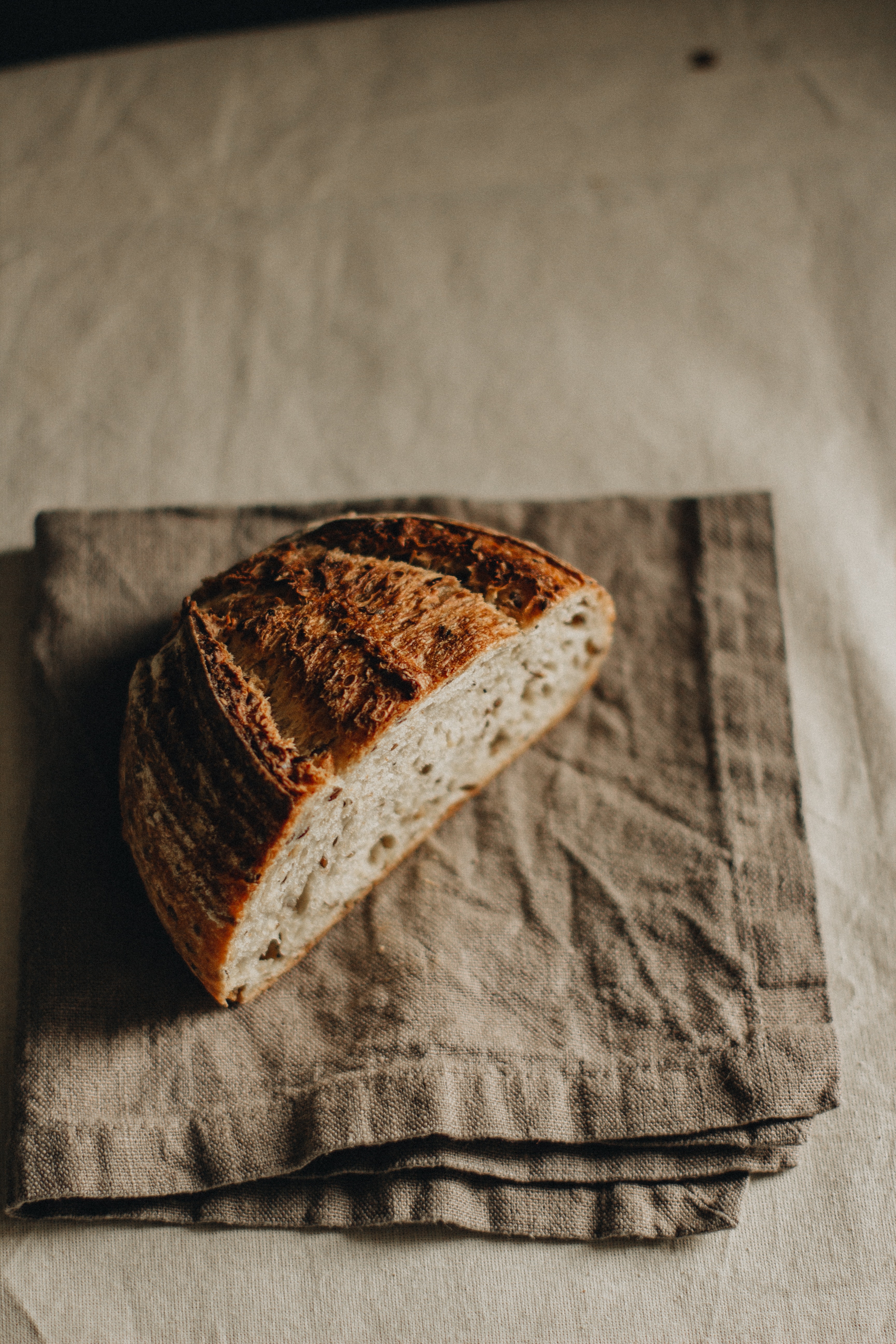 Pictured: The lack of food supplies, and the resulting hunger and strain felt by Jersey’s population towards the end of the Occupation, is well documented in other records and media.

Through the Peary house books, it is possible to appreciate how this additional consequence of the reduction in food supplies to the Island would have disappointed a student body who appeared to thrive on sporting competition.

Suspending the football season would have also removed the ability for their sport to provide a distraction for students from the hardships they encountered in the last months of the Occupation.

This article, put together by Records Management Officer Catherine Porter, only touches on some of the stories of Wellington Road, and forms part of Jersey Archive's 'What's Your Town's Story?' series.

If you would like to find out more about Wellington Road, sign up for this month's talk at Jersey Archive at 10:00 on Saturday 16 April. Call 833300 or email archives@jerseyheritage.org to book a place.