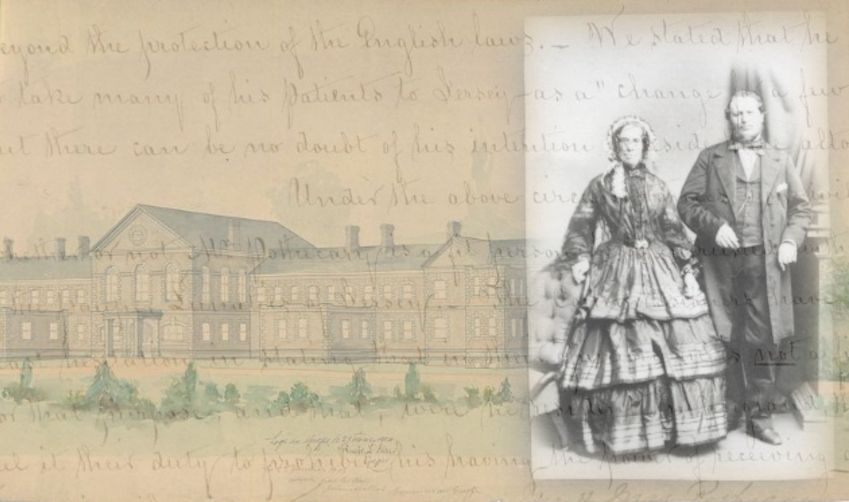 A colourful character's plans to make money from housing Jersey's 'lunatic paupers' came to an abrupt halt when the Lieutenant Governor stepped in.

Today, historians look back through a questionable chapter in the island's treatment of mental health patients in the 1800s, prior to the opening of St. Saviour's Hospital...

There haven’t been many times in our democratic history that the authority of the States Assembly has been overruled by the Queen’s representative, the Lieutenant Governor. But that’s exactly what happened in 1860, when politicians were trying to find a long-term solution to care for mentally unwell 'paupers' in Jersey.

The Assembly had taken the dubious decision to vote in favour of an institution run by the splendidly-named Isaac Pothecary taking in ‘pauper lunatics’, as they were known at the time. This was despite knowing full well that Pothecary was viewed by English authorities as having moved to Jersey to avoid practising under English laws that protected patients.

This was when the newly-appointed Lieutenant Governor, Major General R P Douglas, stepped in and controversially vetoed the decision, leading to a final decision having to be taken by the Crown. 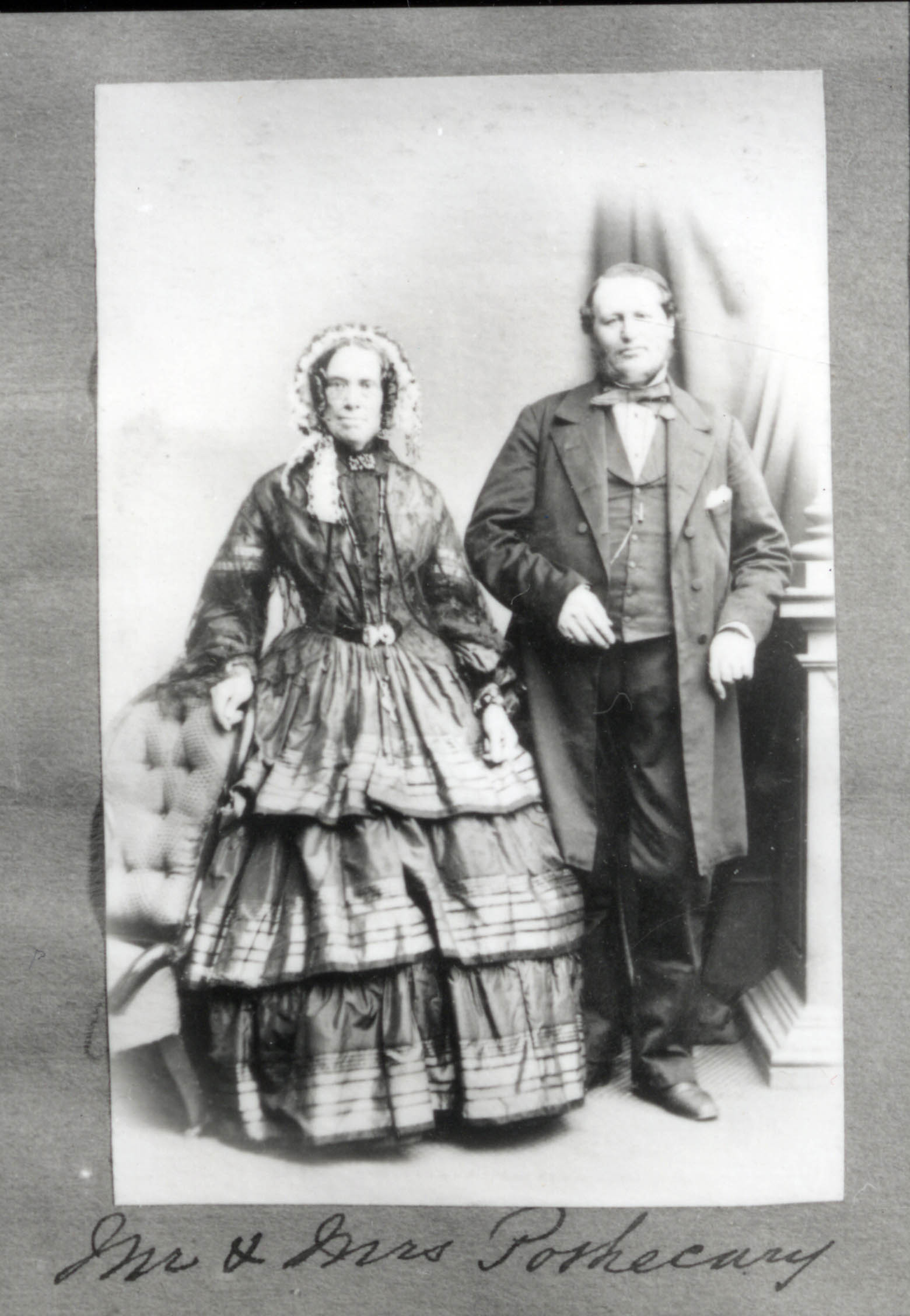 In the early 1850s, he’d been running an ‘asylum’ in Hampshire called Grove Place. However, in June 1854, its Medical Officer resigned due to non-payment of salary and Pothecary was subsequently declared bankrupt and imprisoned in the county gaol for contempt of the Court of Chancery. Once released, his licence to run an ‘asylum’ was revoked.

He decided to move to Jersey – a place that, at the time, did not need licences to run institutions. He brought with him a number of private patients and set about establishing himself in the island by setting up in St. Brelade.

In 1859, he bought a property called Bagatelle – now the site of Palace Close – from François Godfray, a politician and Advocate, who was the leading light of the Laurel political party, moving his patients to his new location. 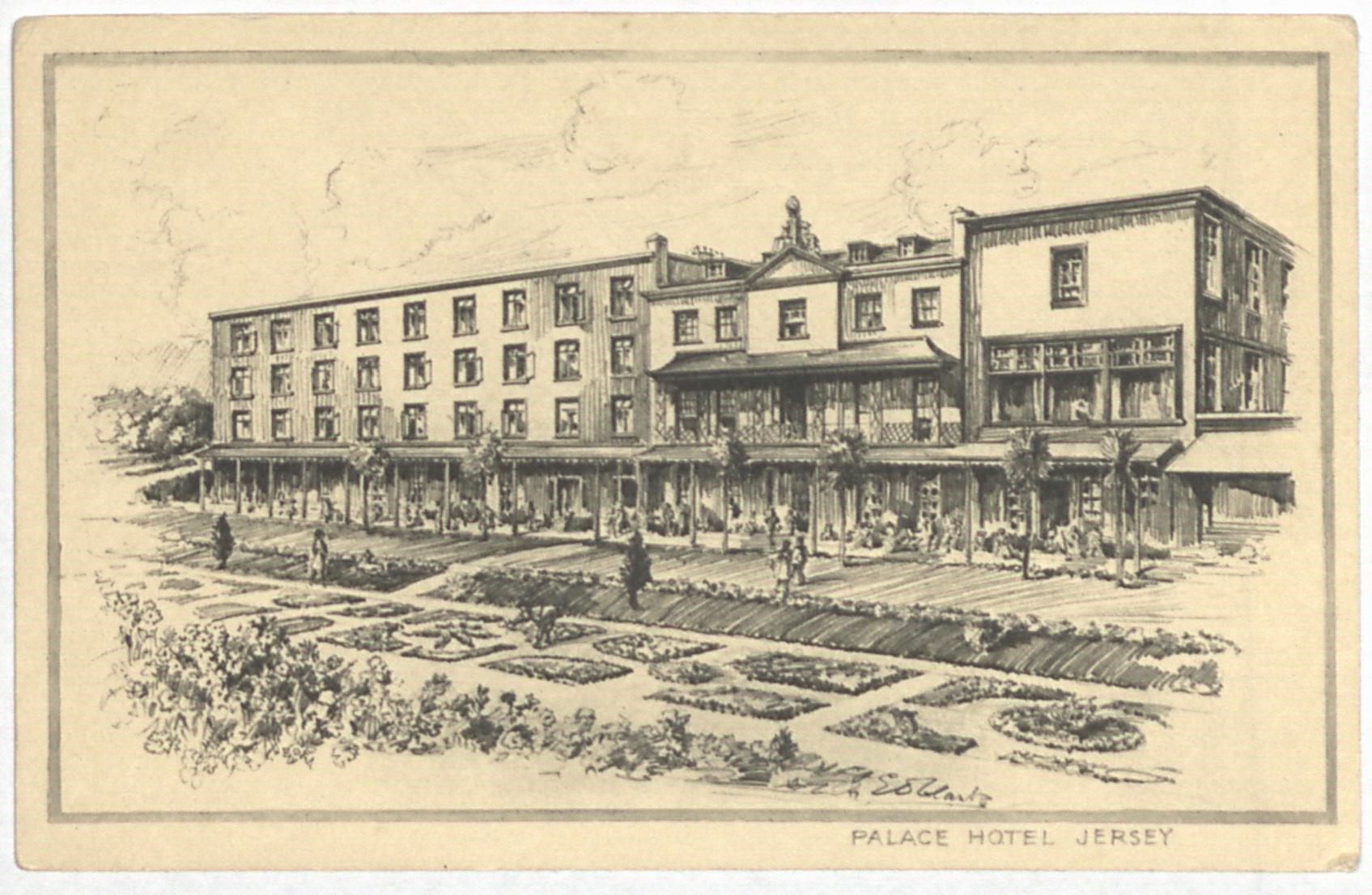 Pictured: The Bagatelle property was later converted into The Palace Hotel, pictured here. The hotel was destroyed during the Occupation.

Pothecary’s time in Jersey pre-dated the building of St. Saviour’s Hospital and, on his arrival, he had started to lobby the States to take their ‘lunatic paupers’ into his private institution for a fee.

He sent a petition to the then Lieutenant Governor, Major General Mundy; the Bailiff, John Hammond; and States Members in June 1858. He claimed that he had run a home in England and “obtained many favourable reports from the Commissioners and Magistrates”.

However, when the States wrote to the Commissioners in Lunacy in the UK they were left in no doubt about their opinion of Pothecary. He was criticised for all aspects of his institution, including the lack of warmth and cleanliness, the record keeping and finance. They went on to say “that he escaped to Jersey and took several of his Patients beyond the protection of the English laws”. 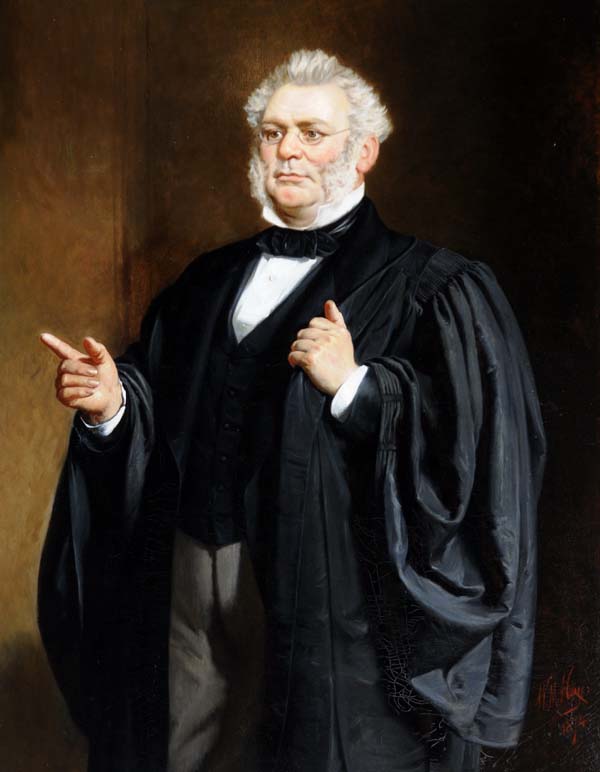 Despite this, Pothecary applied for a licence to look after 45 male and 45 female patients at the newly-kitted out Bagatelle Retreat in September 1860 – the laws in Jersey had changed that year and a licence was now required.

Having visited the property and studied the plans, the States decided they would only allow 50 patients in total.

A couple of months later, Pothecary was offering Bagatelle Retreat for sale to the States to be used as a public asylum. The States were still prevaricating the following year when it was suggested that ‘pauper lunatics’ be placed in Pothecary’s house until a decision was made on a public institution. 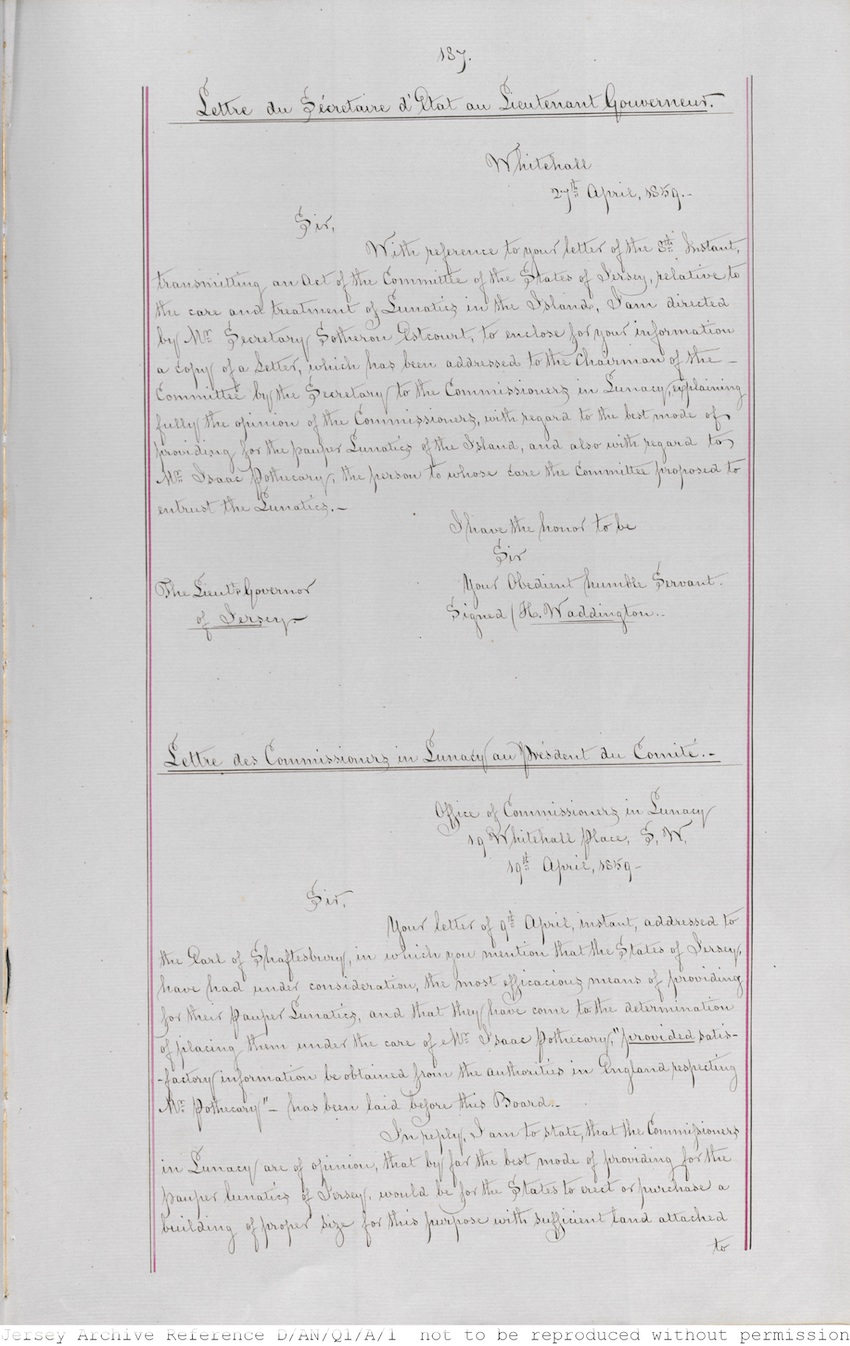 The new Lieutenant Governor, Major Douglas, took action. Having read all the reports, he vetoed the Act of the States, demanding that a site was chosen for a public institution and that Mr Pothecary receive no business from the States.

He said: “It is a well known fact that Mr Pothecary is in such embarrassed circumstances that no confidence can be entertained as to his being enabled to maintain his Establishment for lunatics for so long a period as 3 years; and should he fail in doing justice to the trust thus delegated to him, we leave no other means of providing for these unhappy persons in Jersey, Mr Pothecary’s being the only private asylum in the Island.”

However he did admit: “In justice to Mr Pothecary, I cannot conclude this communication without stating that his present Establishment is reported to be conducted in a very satisfactory manner, and that Mrs Pothecary who takes a great part in the Superintendence of its concerns is spoken of in very high terms.” 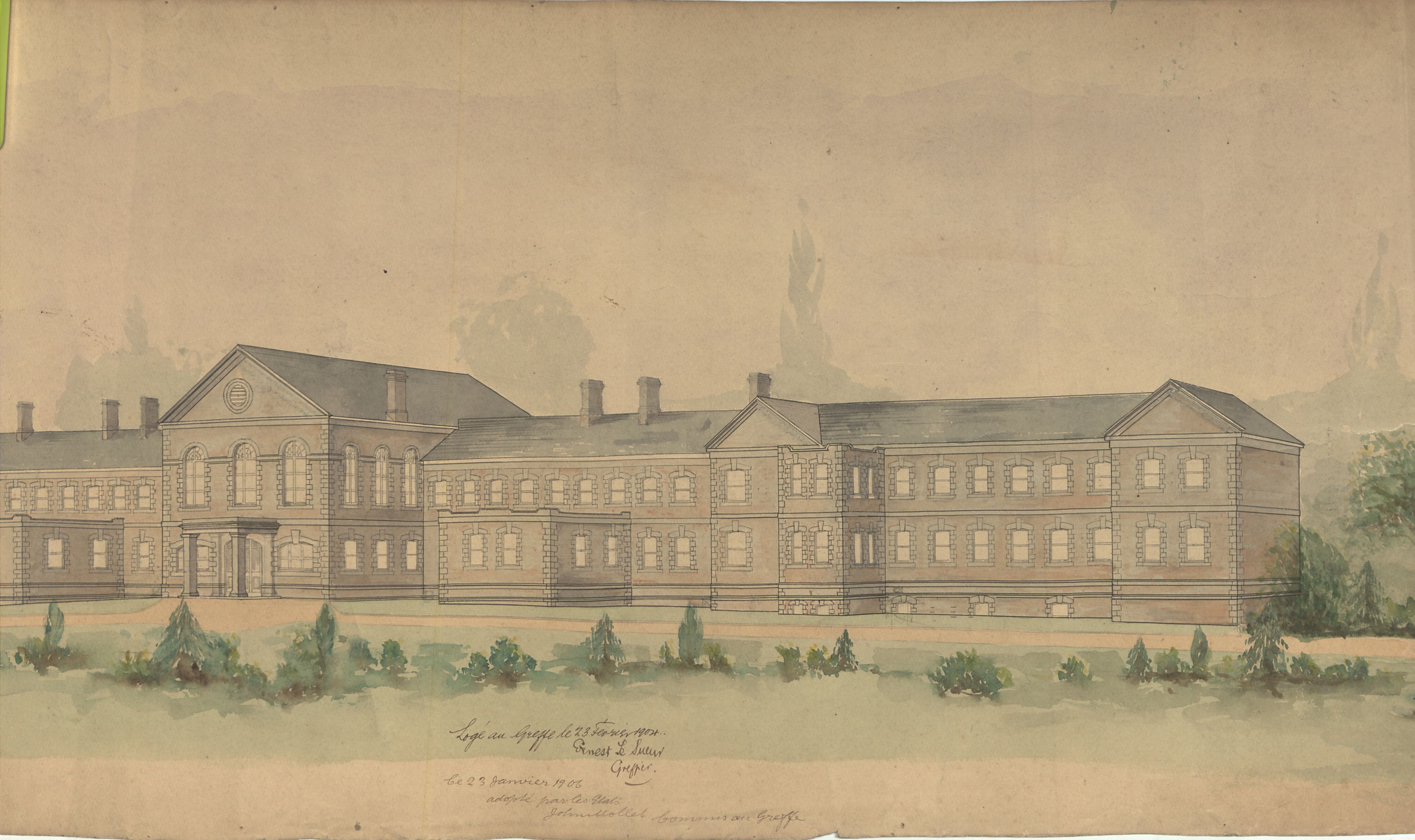 The States, led by Godfray, sent a robust petition to Queen Victoria claiming that the Lieutenant Governor had overstepped his authority, had no legal basis to use his veto and that his claims had no substance.

But the Crown backed the Lieutenant Governor and the States quickly moved away from Pothecary’s solution. This caused Pothecary large financial issues, leading to another bankruptcy.

Bagatelle went back into Godfray’s hands and by the 1871 census, Pothecary had moved to Cranbourne House, Grouville, where he had established a smaller private asylum. By this time, St. Saviour’s Hospital had been inaugurated as the Island’s public institution.

This story was told as part of a series in collaboration with Jersey Heritage. To uncover more stories like this, you can delve into Jersey Archive's online records by clicking HERE.