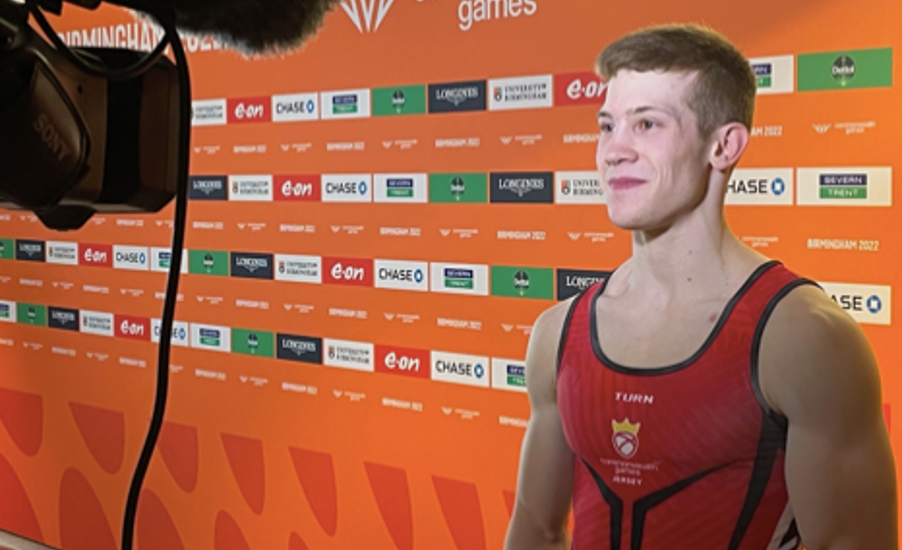 He finished sixth in the men’s all-around event.

He got off to a positive start on the pommel horse with 12.45, gaining around half a mark on his qualification score (11.9) from the opening day. Next the 23-year-old took to the rings, where he registered 12.9.

Daniel Lee puts in a series of stunning displays to finish a brilliant 6th in Birmingham! pic.twitter.com/Fq3KawiGAc

On the following rotation Dan moved to the vault, and an impressive 14.15 saw him rise to sit in 6th place at the midway point, a position he would not relinquish.

14 points on the parallel bars, before 13.25 from the judges on the horizontal bar set him up nicely for the final rotation (floor).

His routine earnt him a 12.7 and a combined score of 79.45, well up on his qualification total.

Here’s our round up of Sunday’s action…

It was a PB for the local star.

Day 4 look-ahead: Who's in action from Jersey?