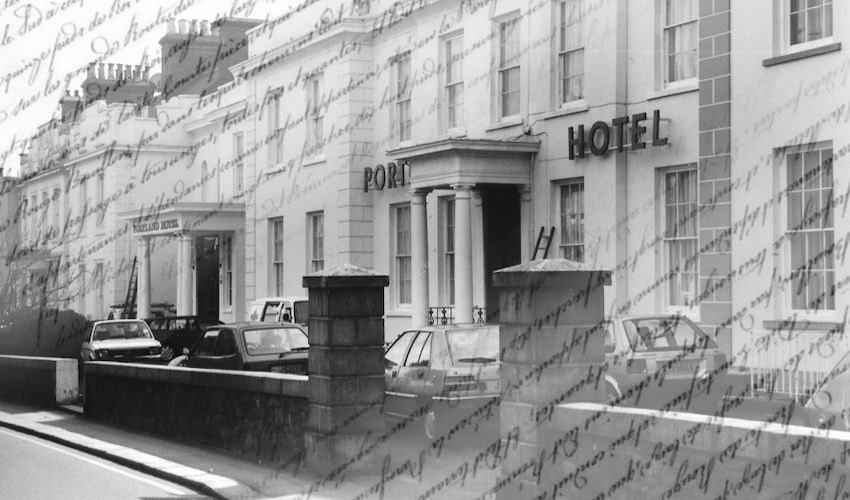 One possible explanation for the use of this name is that inspiration was taken from the famous late 18th century terrace of houses Portland Place in Marylebone, London – best known today as the location of BBC Broadcasting House.

London’s Portland Place was designed by Robert and James Adam for the Duke of Portland during the 1770s and consisted of an unusually wide road lined by palatial Georgian terraced houses. It was described in an 1815 publication as “the most spacious and regular street in the British metropolis, and one of the most magnificent in the world”.

Portland Place in Midvale Road, however, came into being some 60 years or so after its London namesake. Property contracts from between June 1833 and 1835 show Edouard Nicolle of Midvale House selling various parcels of land and gardens to, among others, a gentleman called the Reverend Cornelius Traveller. It is clear that properties were expected to be constructed on this land as one contract specifically stipulates that if there were houses erected on the site, no ‘auberge’ or inn was permitted in them. 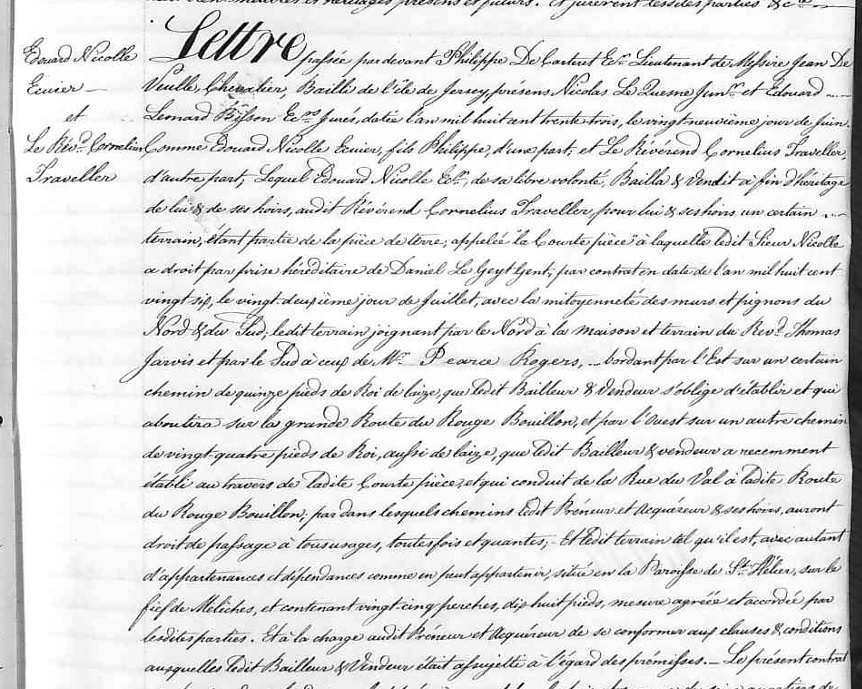 CLICK TO ENLARGE: Extract from a property contract in 1833 selling land and gardens to the Reverend Cornelius Traveller. (Jersey Heritage)

The Rev Cornelius Traveller appears to have led an interesting life from the limited records available about him. Born in 1792, he was baptised just around the corner from Portland Place in Marylebone, perhaps the connection to this area that he carried through to his time in Jersey.

He was ordained as a missionary by the London Missionary Society in 1817 and while preaching at the Missionary Seminary at Gosport on the Isle of Wight, he met and married Elizabeth Donaldson in August 1818. Shortly afterwards, the couple travelled to Madras, now Chennai, in India as missionaries where they remained for a decade.

The Rev Traveller was involved in the building of a chapel at Purasawalkam, while Elizabeth advertised in the Government Gazette of India that she ran a Seminary for Young Ladies alongside the church. By 1829, the couple had left India to return to Britain and in 1831 they are found here in Jersey, having their own daughter Cornelia, baptised in Zion Chapel, Union Street in what was a dissenting, or Independent Chapel. 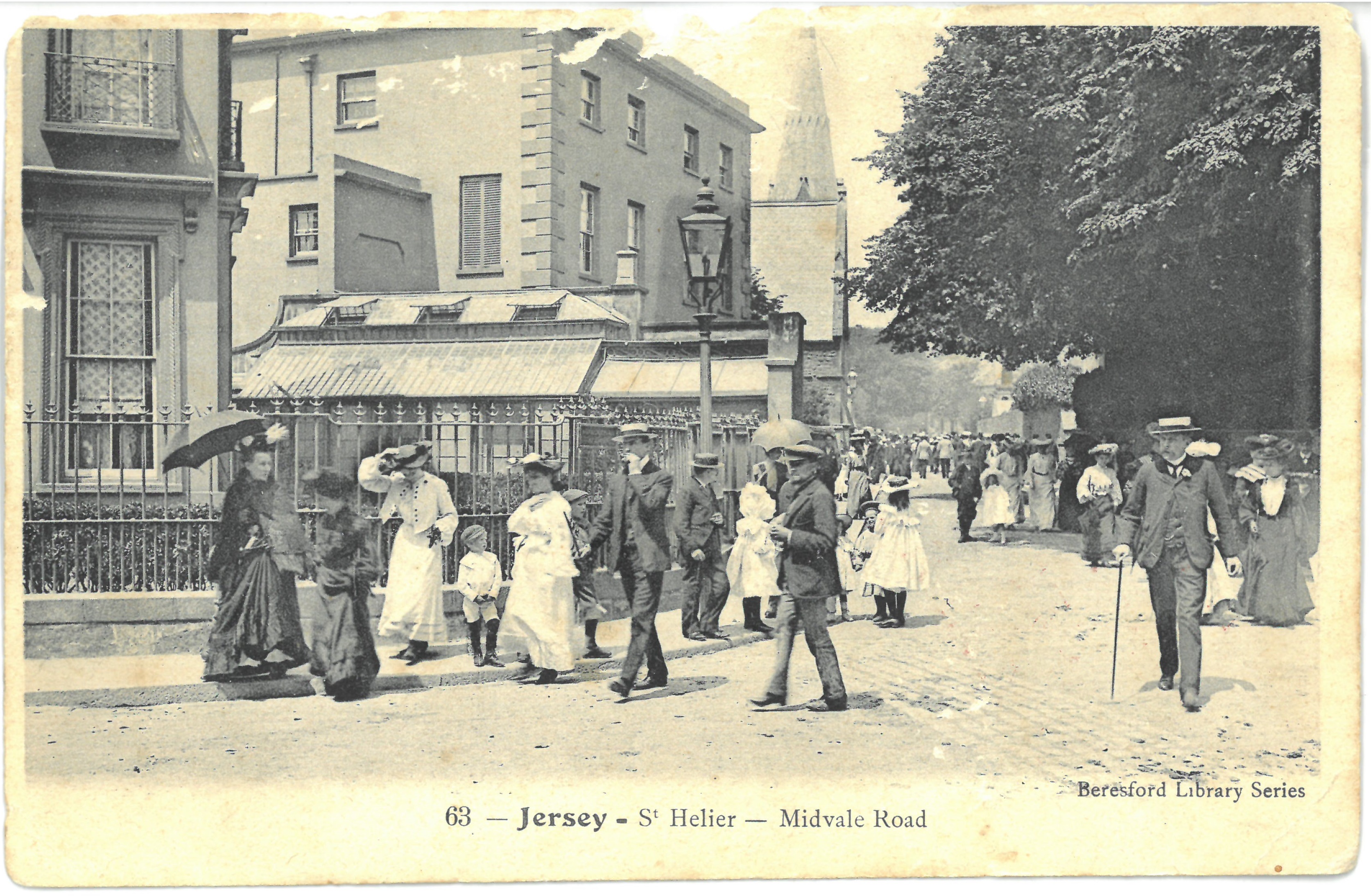 What exactly brought them to Jersey isn’t clear, but while in the Island, the Rev Traveller was involved in the local Independent Church as a practicing minister and his signature appears in Baptism registers for the christening of several children.

Clearly, he also had an interest in property development. After purchasing the land in Midvale Road in the early 1830s, records show that he was involved in further transactions towards the end of the decade. From 1838 onwards, he sold off newly-built properties in a terrace of houses known as Portland Place, as well as Portland Lodge, on the corner opposite where St Columba’s Church now stands.

The Rev Traveller was also responsible for the distinctive building known as Egyptian Lodge on the corner of Midvale Road and Val Plaisant and another property called Coromondel Lodge in Clarendon Road. 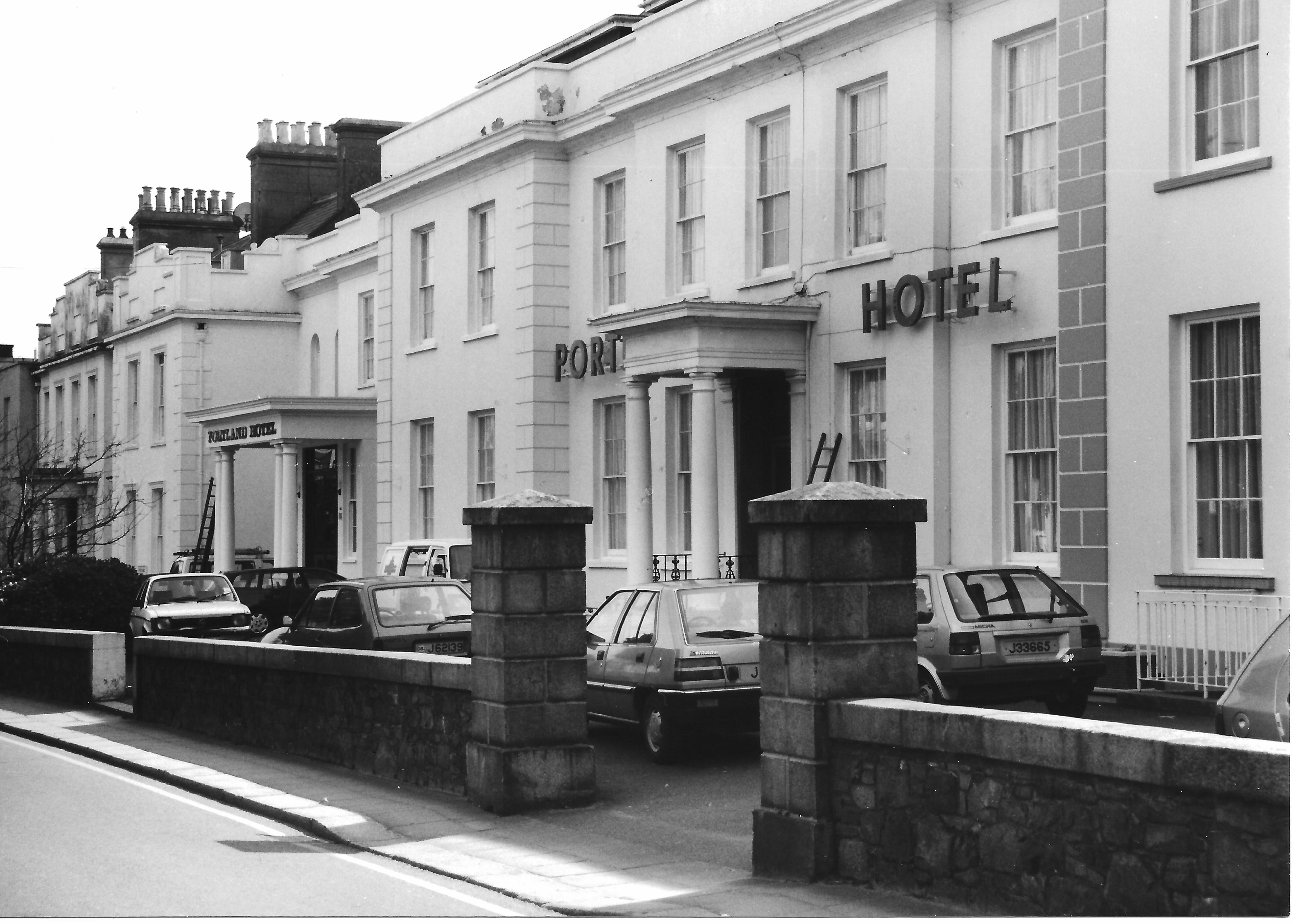 Pictured: The Portland Hotel, just one of many buildings that used to bear the name 'Portland' on Midvale Road. (Channel Island Occupation Society)

From September 1838 onwards, however, his wife Elizabeth was representing him in these property transactions as they passed through Court, indicating that he was perhaps no longer in the Island. The 1841 census confirms that Elizabeth was indeed alone in Jersey, living at another of the couple’s properties, Midvale Lodge, with two children, Cornelius junior and Emily, but no sign of her husband. The following year, she sold this house on his behalf and departed for India.

Some years later in 1851, newspapers show that Cornelius Traveller was put on trial for insolvency in India and his testimony confirms that he had returned there in 1838, having lost his money by ‘building speculations’ – it’s likely this refers to the many properties in Midvale Road and the surrounding area that he had been involved in during the mid-1830s.

Whatever the circumstances of their early development, some of the first residents of Portland Place from the 1841 census give a sense of how these buildings had been designed to appeal to, and house, wealthy incoming residents, as well as prominent Jersey families; the occupants of this grand row of houses that year were several retired army officers, a merchant shipowner, master builder and the then Bailiff of Jersey, Sir John De Veulle.

This article, put together by Jersey Archive's Head of Information Management Emily Le Feuvre, touches on just one of the stories of Midvale Road and forms part of Jersey Heritage’s ‘What’s Your Town Story?’ series.

If you would like to find out more about Midvale Road, sign up for this month’s talk at Jersey Archive this Saturday (21 May) at 10:00 by calling 883330 or emailing archives@jerseyheritage.org.