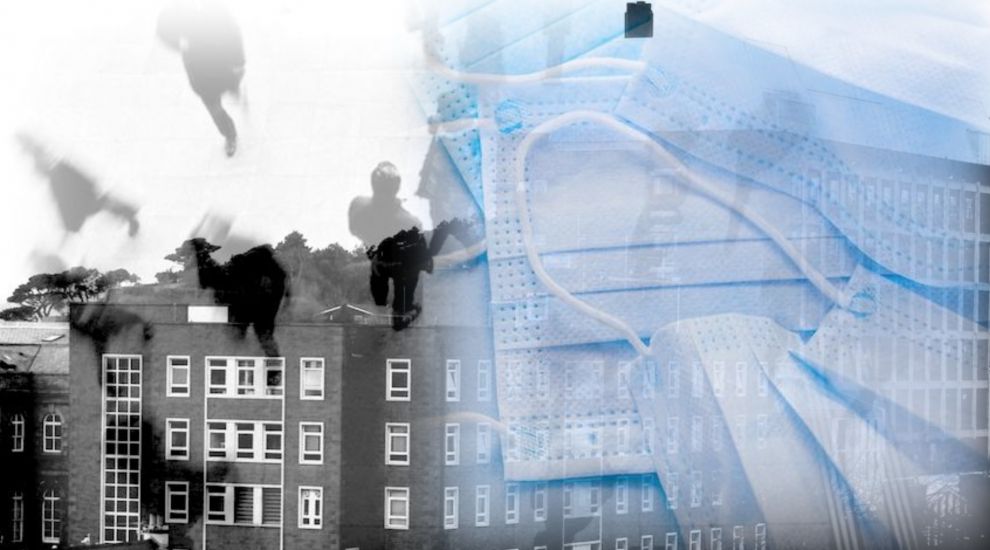 Whilst it might feel like longer, it’s been a month since covid-19 hit the Channel Islands with the first official case being confirmed across the water in Guernsey, closely followed by the contagion reaching Jersey’s shores.

They say that change doesn’t happen overnight, but the last 30 days have seen islanders’ lives drastically altered – change that began with a new tune to accompany hand washing and then proceeded to encroach on how long you’re permitted to leave your house each day.

For some, the new lockdown regulations will be all the change they have to bear, but for others the local epidemic may affect their lives more permanently.

As Jersey mourns three lives tragically lost to the virus, the significance of the rapidly introduced emergency measures and the cost of not adhering to them is keenly felt - not least because four islanders have already found themselves on the wrong side of the island’s newest laws for not complying.

Pictured: Express looks back over the island's first month on the virus frontline.

Having reached this milestone and with an uphill struggle still ahead, Express looks back over the last month to see where we’ve been, where we are now and where we might be headed...

It was 10 March when the first Jersey person was diagnosed with the virus – prompting a meeting of the Emergencies Council, attended by a consortium of the island’s most senior decision makers.

The first week of the virus being in the island may seem a far cry from where we are now, not least because Chief Minister Senator John Le Fondré encouraged islanders “to maintain a measured semblance of normal life and this includes taking holidays off-island".

This move was heavily criticised by top cardiologist Dr Andrew Mitchell as the Government “missing an opportunity to protect islanders” from the potentially fatal virus.

A few days later, the first major policy announcement saw an about-turn on this travel guidance, with health officials advising against all non-essential travel in response to “updated modelling” about where the island is in terms of its own epidemic’s progress.

Many, however, wanted the Chief Minister to go much further with the first calls for total ‘lockdown’ creeping in as early as 12 March.

At this point, the statistical modelling defining how Jersey was responding to the crisis was often referred to but not explained in detail until 18 March when the Medical Officer for Health, Dr Ivan Muscat, first appeared at a press conference and gave an extensive presentation explaining the impact of various measures that could be taken by Jersey’s government to ‘flatten the curve’.

Along with this, Dr Muscat announced that Government was closing all schools to prevent children and young people – “super spreaders” of respiratory infections – from passing on the virus to others.

It was here that the senior doctor explained that, without any Government intervention, around 50% of Jersey’s population would have symptoms, 2,000 islanders would require hospital treatment over 10-week period, and as many as 500 people would need intensive care.

Whilst shocking, the true weight of these numbers was softened by their abstraction – hitting home only when the number of local cases and, sadly, deaths started to rise. As these numbers ticked slowly up, many felt frustrated at the sometimes-five-day waits to get results back from the UK.

Marking a turning point in Jersey’s response to the crisis, the decision to close schools before the UK announced the same seemed to indicate to islanders how seriously covid-19 could affect their lives.

Whilst Ministers and health officials took the public-facing roles of fielding questions at press conferences and States Members, employees in the Law Officers’ Department were busy behind the scenes drafting a series of emergency measures to regulate island life as it hurtled towards more stringent controls.

The first signs of modelling contextualised the Chief Minister’s decision not to lock the island down until the morning of 30 March, warning that doing so any earlier than indicated by the health advice and data could risk lives.

Pictured: The statistical modelling was explained a week after Jersey's first confirmed case.

As well as imposing restrictions with one hand, the Government was simultaneously handing out support packages with the other to help individuals and businesses weather the crisis.

Just over a week after the first case was confirmed locally, the first package of business support was announced. It consisted of a deferral of social security and GST payments, a special situations fund, a loan guarantee scheme, and a wage co-funding scheme covering £200 a week of every employee’s salary.

After sharply-worded criticism from Jersey’s main business lobby, more support was released – including a more extensive wage co-funding scheme and charitable funding – but many sectors deemed unlikely to be affected by the outbreak in the long term were excluded.

Despite the Minister for Economic Development’s professing his aspiration that not a single business will fall on the Government’s watch, this proved to be a doomed reassurance when news came in at the beginning of this week that Paul Davis Freight had folded.

Other businesses – nurseries, sole traders, beauticians, veterinary practices – have said that they too are struggling to be met with the stern reminder that Government’s resources are finite, and an economic recession will soon be upon us.

Now, Jersey has finally obtained a shipment of 5,000 'self-contained' kits which turn results around in an hour, allowing the Health Department to open a testing facility locally. The 'rapid' testing regime will be focused on new patients admitted to hospital, before being targeted at health workers themselves. The island also awaits the first batch of 150,000 immunity tests, brought in to eventually test the entire population to see if they have already had the virus.

According to Director General for Health Caroline Landon, the island is still a week-and-a-half more of lockdown away before the numbers give any indication of whether the measures are working or not.

With no field hospital site confirmed, news of a virus cluster at a local care home and concerns surrounding a Jersey patient needing to be airlifted to the UK for emergency treatment, several questions about the Health service’s capacity to adequately combat the crisis remain.