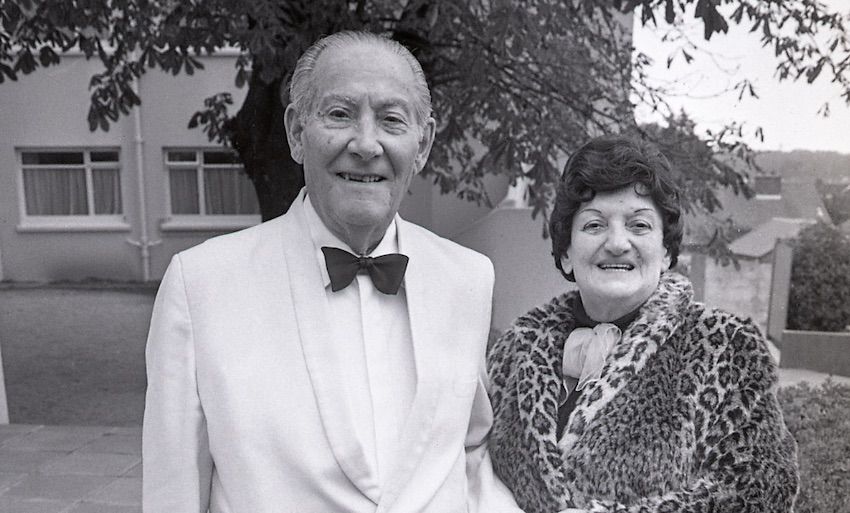 As an exhibition documenting how Jersey has been shaped by thousands of years of immigration opens at the Museum, the story of one of the island’s first Portuguese workers has been uncovered.

Historians look back at the story of Edouardo Alho, who made his way to Jersey for work and eventually found love, success and a sense of home here...

“The Portuguese community is firmly established in Jersey today and there are generations of families who have made the Island their home. But go back 80 years ago and it would have been unusual to hear someone speaking the language here.

This was how it was for Edouardo Alho, who arrived in the Island in 1934 as one of the first Portuguese workers to come to Jersey. He came from Camara de Lobos in Madeira to work as a waiter at the Merton Hotel. 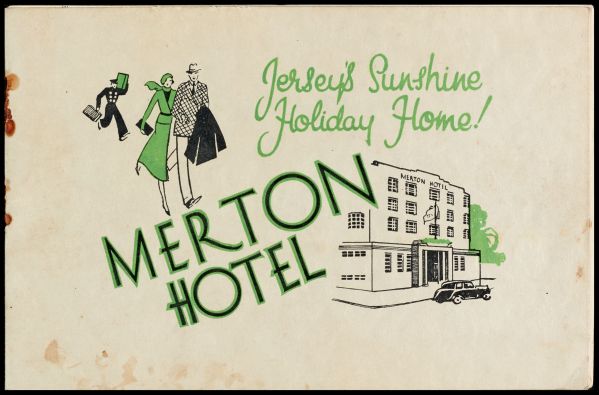 Pictured: Edouardo came to Jersey and got work at the Merton Hotel.

In his early days, most of the seasonal hotel workers were Spanish and Italian, but Edouardo soon encouraged his friends in Portugal to come to Jersey to find employment.

The Merton, which is celebrating its centenary this year, had been set up by an English family, the Seymours from London, back in 1920. George and Ada Seymour first visited the island in 1919 on their honeymoon and they decided to move to Jersey and set up a guesthouse.

After a few years, with business booming, they created the Merton Hotel and welcomed many thousands of holidaymakers every year. Back then, as now, the island’s flourishing tourism industry was dependent on hospitality staff from overseas, and among them was Edouardo.

In 1935, just a year after his arrival in Jersey, Edouardo appeared in a photograph of the Merton Hotel waiters, resplendent in their black tuxedo uniforms. The photograph is one of many held in the archive of Seymour Hotels and Edouardo is still remembered by Robin Seymour, who joined the family business in the 1950s. 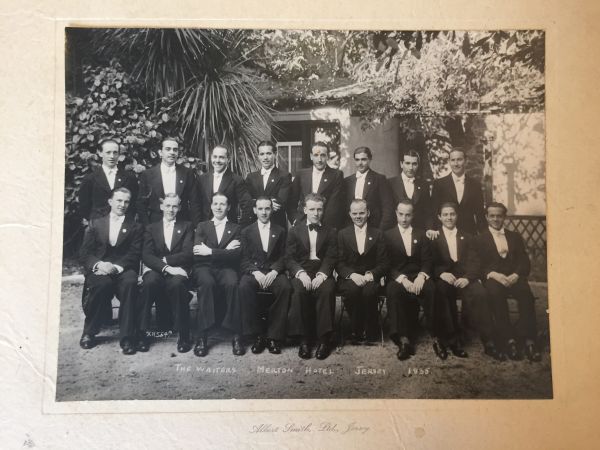 Pictured: Edouardo (second row on the far right) makes up part of this tuxedo-ed line up.

At the start of World War Two, when many people returned to their home countries, Edouardo went back to Portugal. However, he returned to Jersey in 1948 and in the following years he met and married a local girl called Betty. This romance saw him put down permanent roots in the island and during the 1950s and ‘60s he witnessed the huge boom in local tourism.

During this time, the Merton became the largest hotel in the Channel Islands and Edouardo rose to the position of Head Waiter. He finally retired in 1984, after 50 years of dedicated service.”

Edouardo features in a new exhibition at Jersey Museum and Art Gallery called ‘People Make Jersey – our stories of immigration’, which runs until the end of the year.

His story was told as part of a series in collaboration with Jersey Heritage. To uncover more stories like this, you can delve into Jersey Archive's online records by clicking HERE.