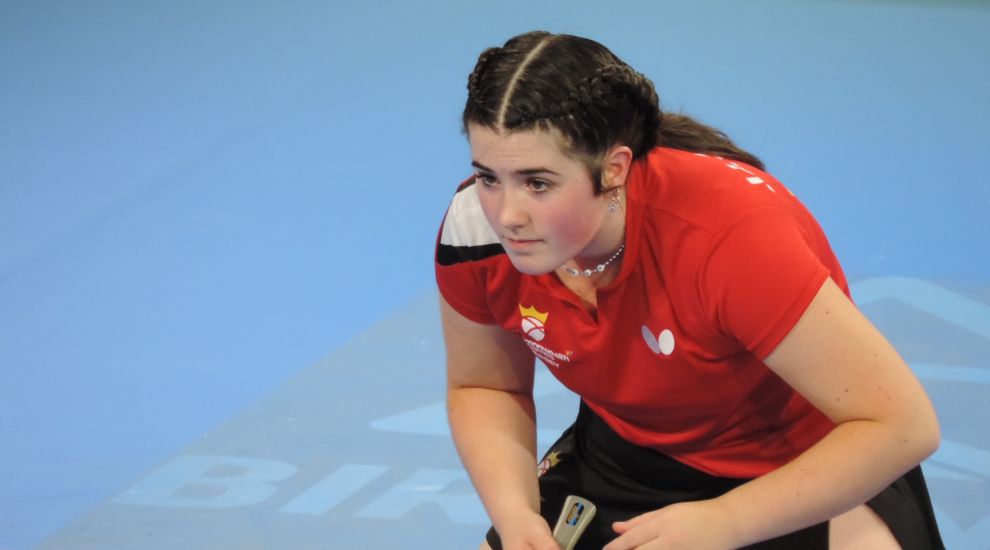 The Commonwealth Games enters its seventh day of competition, and no doubt the ‘cheers and tears’ experienced by the Jersey squad yesterday will be in evidence again today.

Sadly, the news was not so good for fellow table tennis player Jordan Wykes. He lost 4-0 to eventual group-winner Gavin Rumgay (of Scotland) before earning a 4-2 victory over Mauritius player Muhammad Baboolall. Wykes, therefore, finished second in the group.

However, he teams up with Silcock today in the mixed doubles "round of 64" against Cyprus.

Yesterday also saw the last day of action in the pool. In the final of the men's 4x100m medley relay the quartet of Harry Shalamon, Robbie Jones, Jack Allan and Ollie Brehaut had qualified from their heat behind England and Wales, knocking a massive nine seconds off the Island Record. For the final, Jack sportingly gave up his spot to Isaac Dodds, which means all seven Jersey swimmers have raced in a final this week. Jersey came 5th in the final.

In what was a very busy day for Jersey competitors there was also mountain bike action. Jersey flagbearer Hidrio was 10th in the men’s race in 1:41.29, seven minutes off the gold medallist. 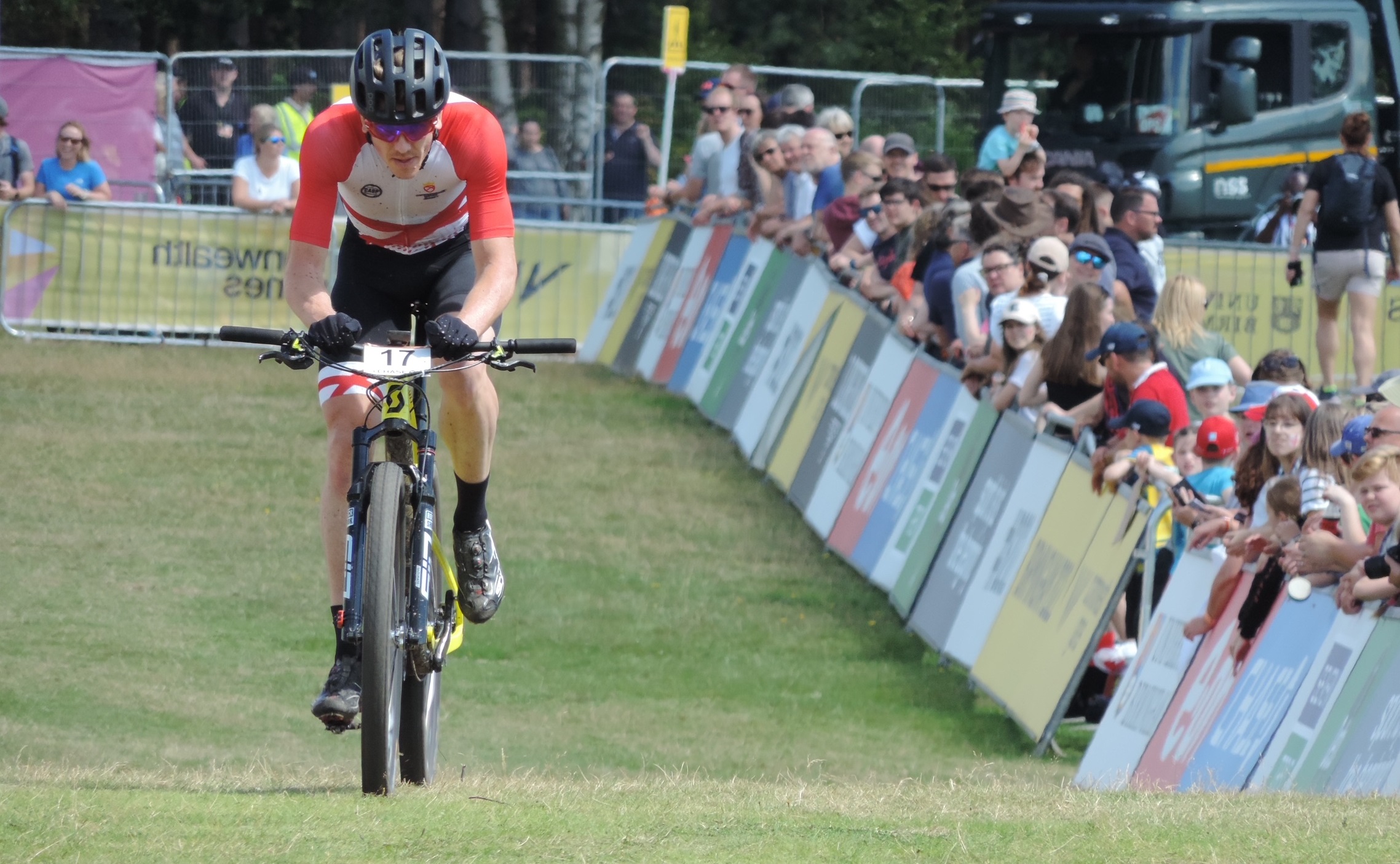 He said: “I'm really happy with the performance. It [the course] wasn't too technically difficult but to race it was really hard, some of the flatter parts you're 'tip-toeing' a little bit and saving energy and then all the climbs are just flat-out sprints. Tenth at the Commonwealth Games for me makes me really happy. Having all the support from loads of people from Jersey coming over, and friends and family, it's been awesome."

In the women’s event, Emily Bridson suffered a nasty-looking crash in the early stages. She's fine and was OK enough to greet 6th-placed Lisa Mansell at the finish line. 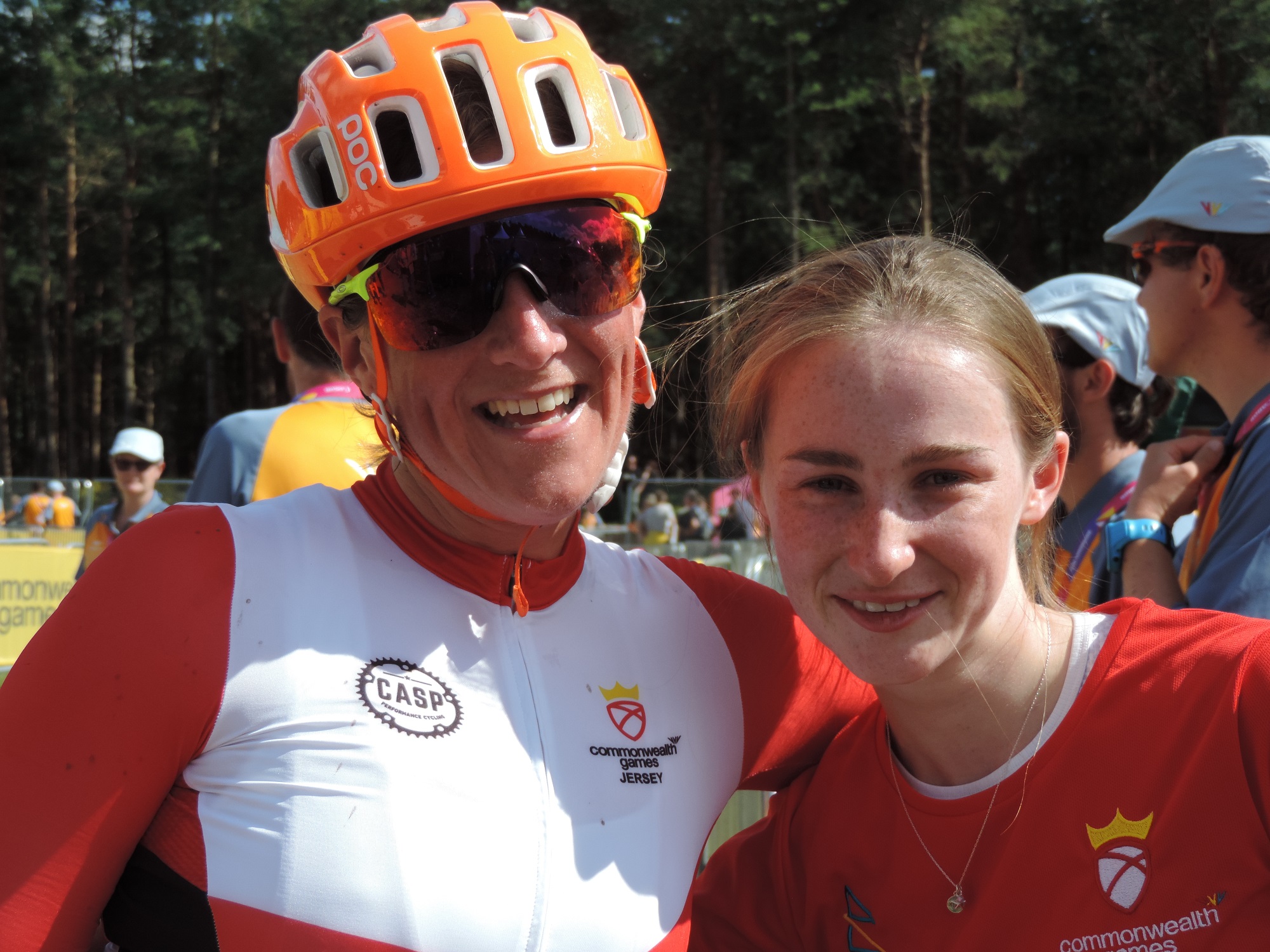 Pictured: Geared up – credible performances by Emily Bridson and Lisa Mansell in the ladies’ mountain biking.

And in the lawn bowls, Ross Davis started his singles campaign with an impressive, nail-biting 21-19 win against New Zealander Shannon McIlroy, in a match that lasted 31 ends. A 21-7 victory over Chris Locke (Falkland Islands) put Davis top of his group with two matches to play.

In the fours, Jersey bounced back from yesterday’s loss with a 19-11 victory over Malta and a 13-8 against Scotland’s four.

Today there's further bowls group action in the singles and fours. Cyclists Jack Rebours and Dean Robson are in the time trial. Zach Saunders goes in the 200m heats, and Zane Duquemin takes his place in the discus final at Alexander Stadium.