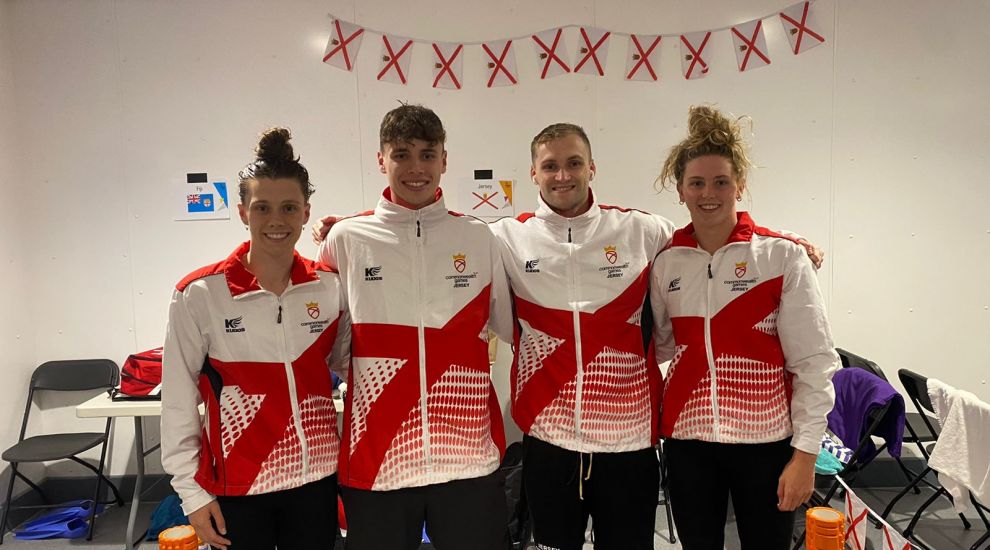 The Commonwealth Games are now in full swing, and several island records have been set so far.

Today is Day 6, and there are still plenty of Jersey athletes in action.

Also flying the flag for the island are mountain bikers Rhy Hidrio, Lisa Mansell and Emily Bridson go in the cross-country event at Cannock Chase Forest.

No doubt they'll all be keen to build on the team's magnificent performances of yesterday.

A trio of Jersey athletes were in action at the Alexander Stadium. In the morning session, Zach Saunders became Jersey's first ever Commonwealth Games 100m runner. The 19-year-old sprinter's time of 10.76 was just outside his personal best of 10.70, and earnt him 5th spot in his heat. He'll be on track again later this week in the 200m. 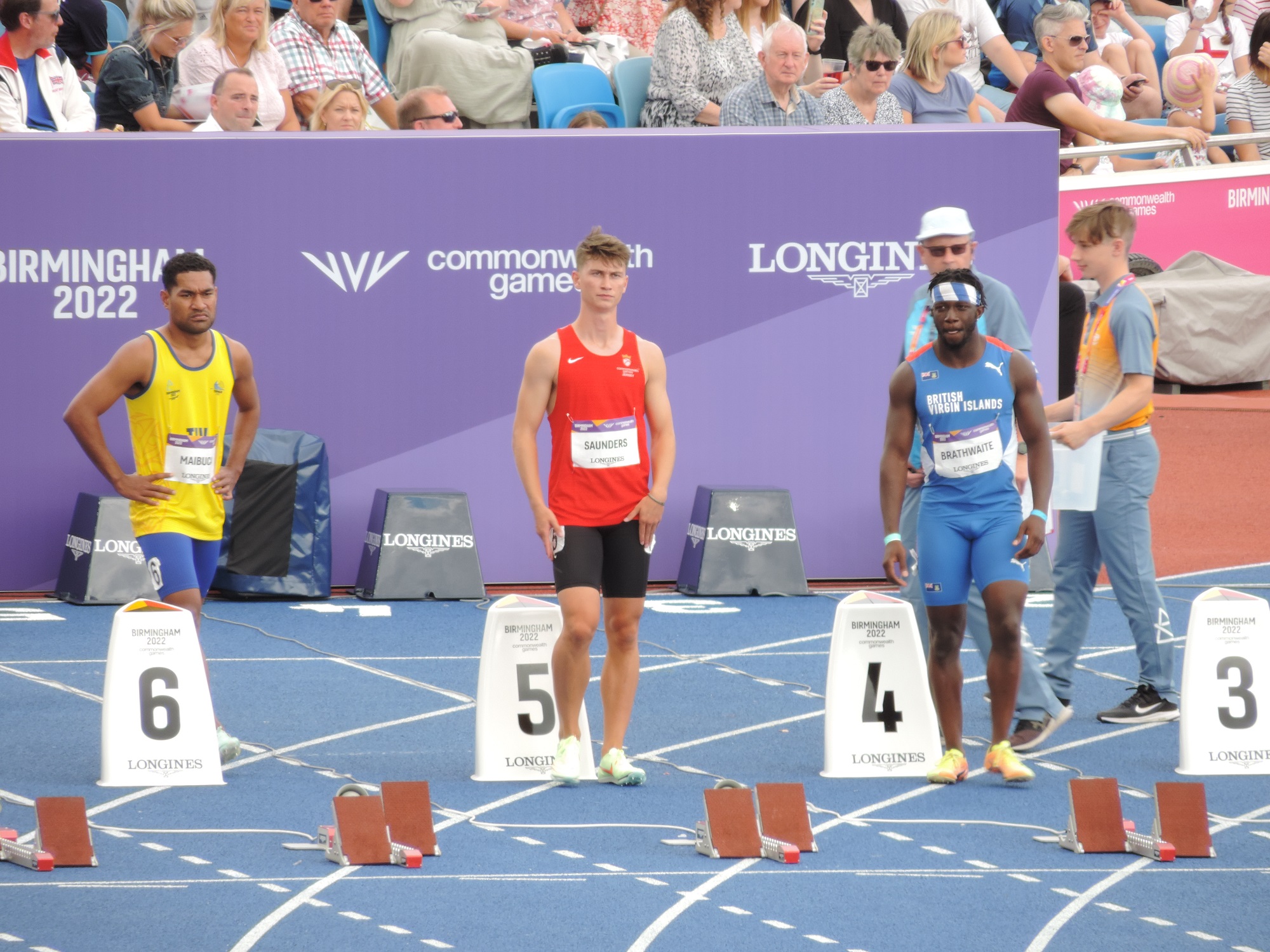 Pictured: Zach Saunders (centre) before the start of his heat in the men’s 100m.

He said: "I'm a little disappointed with the time and the race. It felt like I got out OK, but I just sort of ran out of it a bit but I think it's good to shake off some nerves.

"I'm happy to be here but it [the performance] was not quite what I was hoping for.

"The conditions aren't amazing but it is what it is, and you can't change that."

Experienced thrower Zane Duquemin was next in action, in the men's discus qualification round. 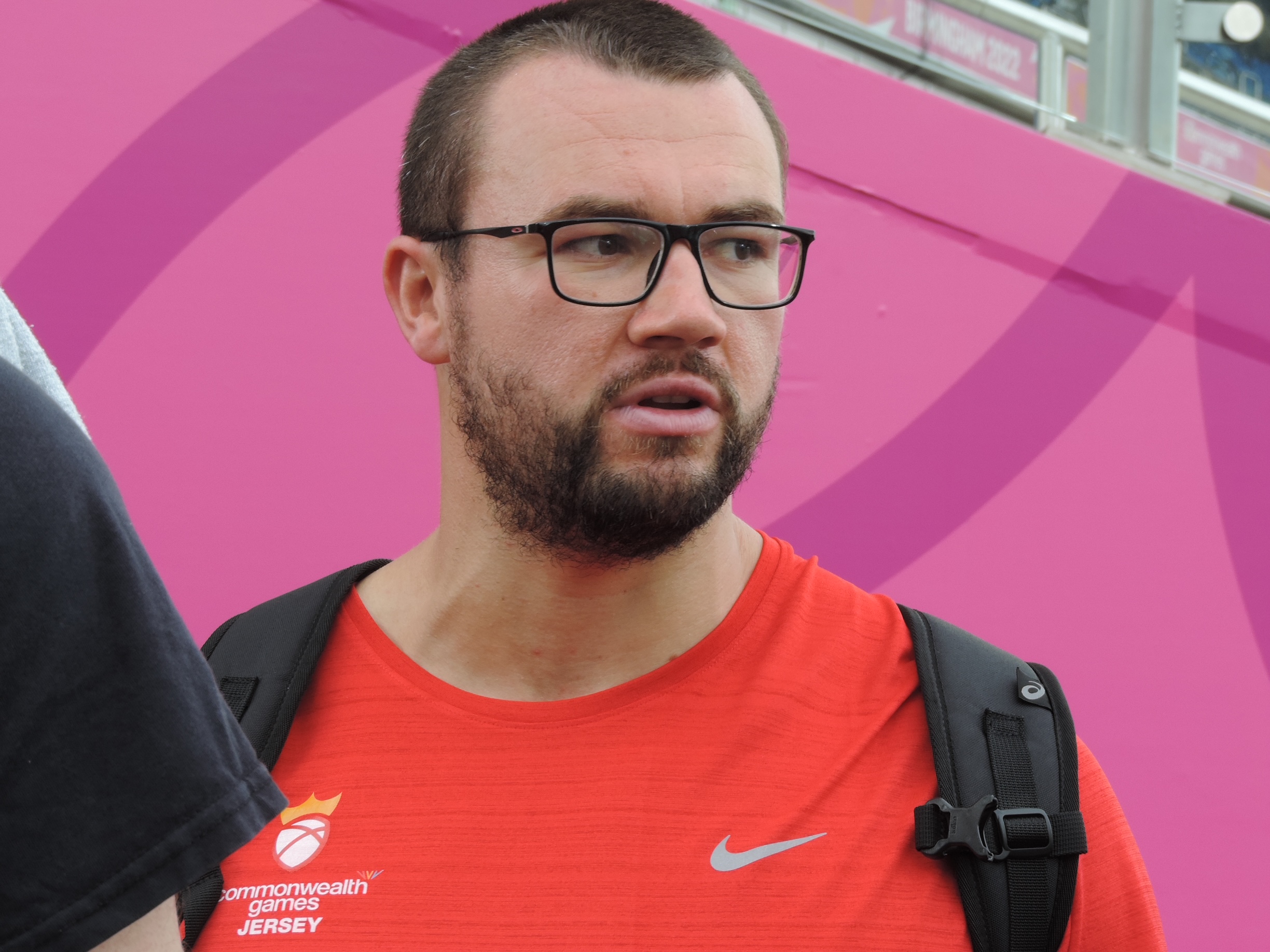 Pictured: Zane Duquemin is through to Thursday’s men’s discus final.

His first effort of 58.87m saw him qualify for Thursday's final in 4th spot in his group and 7th place overall.

To complete the family's celebrations, in the evening session, his sister Shadine took 10th place in the final of the women's discus.

At the Sandwell Aquatics Centre there were yet more island records set by Jersey's swimmers.

Gemma Atherley's time of 29.93 in the 50m backstroke was a new Jersey best and enough to make it through to the semis.

A further island record followed in the 4x100m mixed medley relay heats (4:00.49), with Atherley, Robbie Jones, Harry Shalamon and Lily Scott teaming up to finish fourth in their race, behind Australia, Canada and Wales. Jersey came 7th in the final, ahead of 8th placed Guernsey.