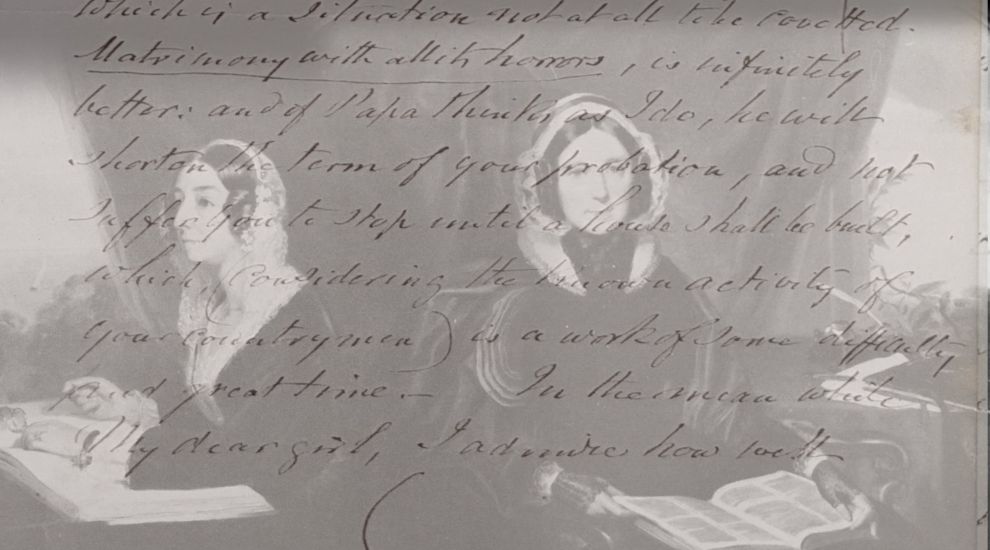 In the 19th century, women in high society depended on marriage for social standing and economic stability, something often explored in Jane Austen’s famous novels.

It was no different for the women in Jersey and it seems that, as well as the benefits, those in the know were keen to share the drawbacks.

In 1817, Marie Le Couteur, née Dumaresq, wrote a letter to her future daughter-in-law and niece, Harriet Janvrin, to mark the happy news that Harriet was engaged to her son, John Le Couteur.

In the letter, she wrote: "I congratulate myself on the prospect of having you for my daughter-in-law" – a positive start to any letter from a future mother-in-law! However, the letter on to give four long pages of advice about the married state, beginning with the statement that it is uncertain whether becoming a wife will "conduce your happiness or no." 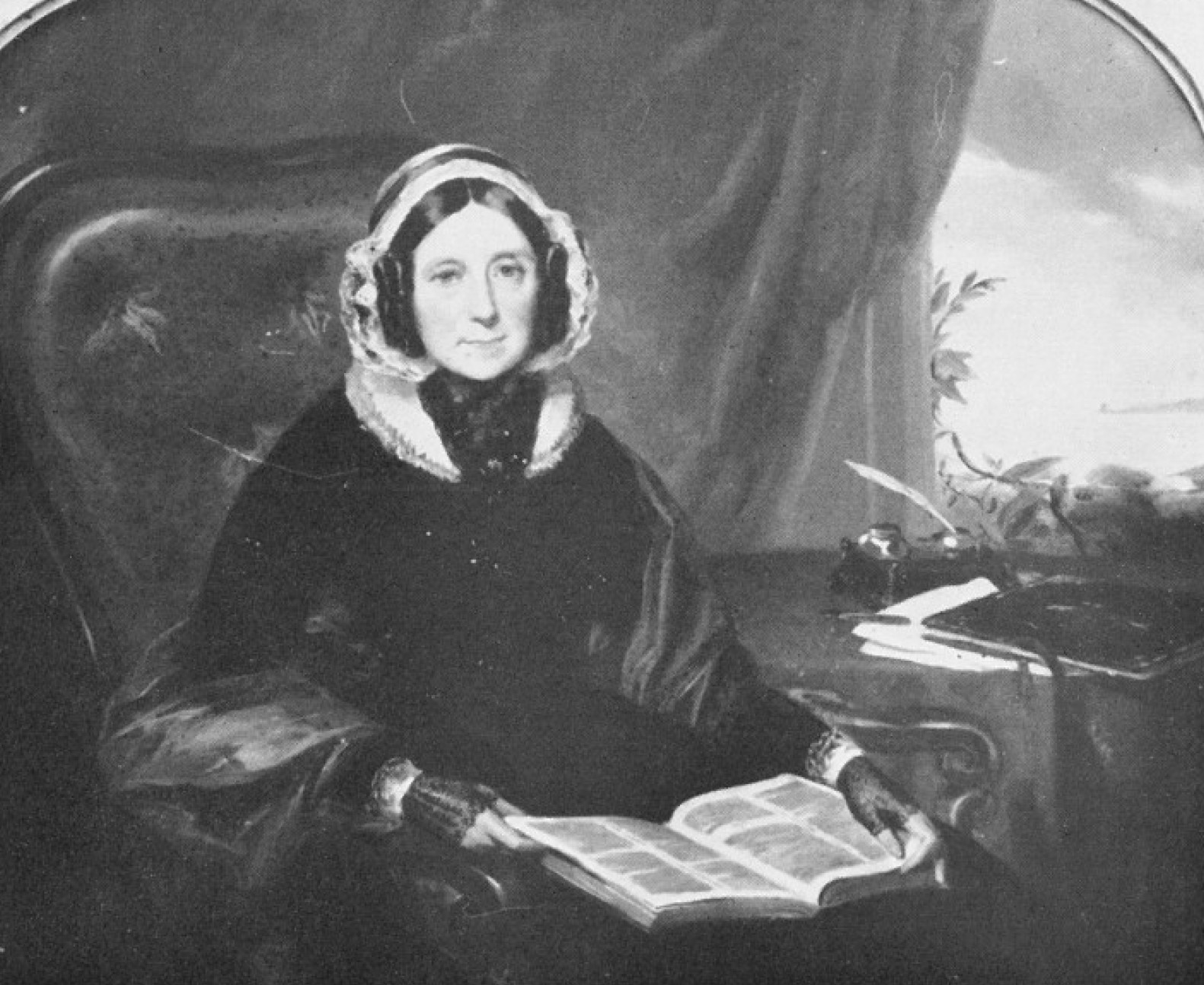 Marie did display forward thinking views in the letter, given that female suffrage was just over 100 years away at the time. She wrote: "No young woman should feel herself bound to do more for her husband than he is bound to do for her." She continued: "The age of tyranny over our sex is nearly at an end."

She also advised Harriet to take an interest in her husband’s fortune and affairs, indicating that "your family cannot thrive if you do not understand one another and you do not make yourself acquainted with the exact state of your income and with what you can and ought to afford yourselves."

Marie ended the letter with an entreaty to Harriet to stay with the family as often as she liked and to be open with her, saying she hoped "heaven may pour on you and John its choicest blessings."

The letter is part of a collection of documents at Jersey Archive, which also contains letters from Marie’s aunt (whose name is unknown) giving Marie some marital advice on the occasion of her engagement to John Le Couteur senior, a generation earlier in 1793. 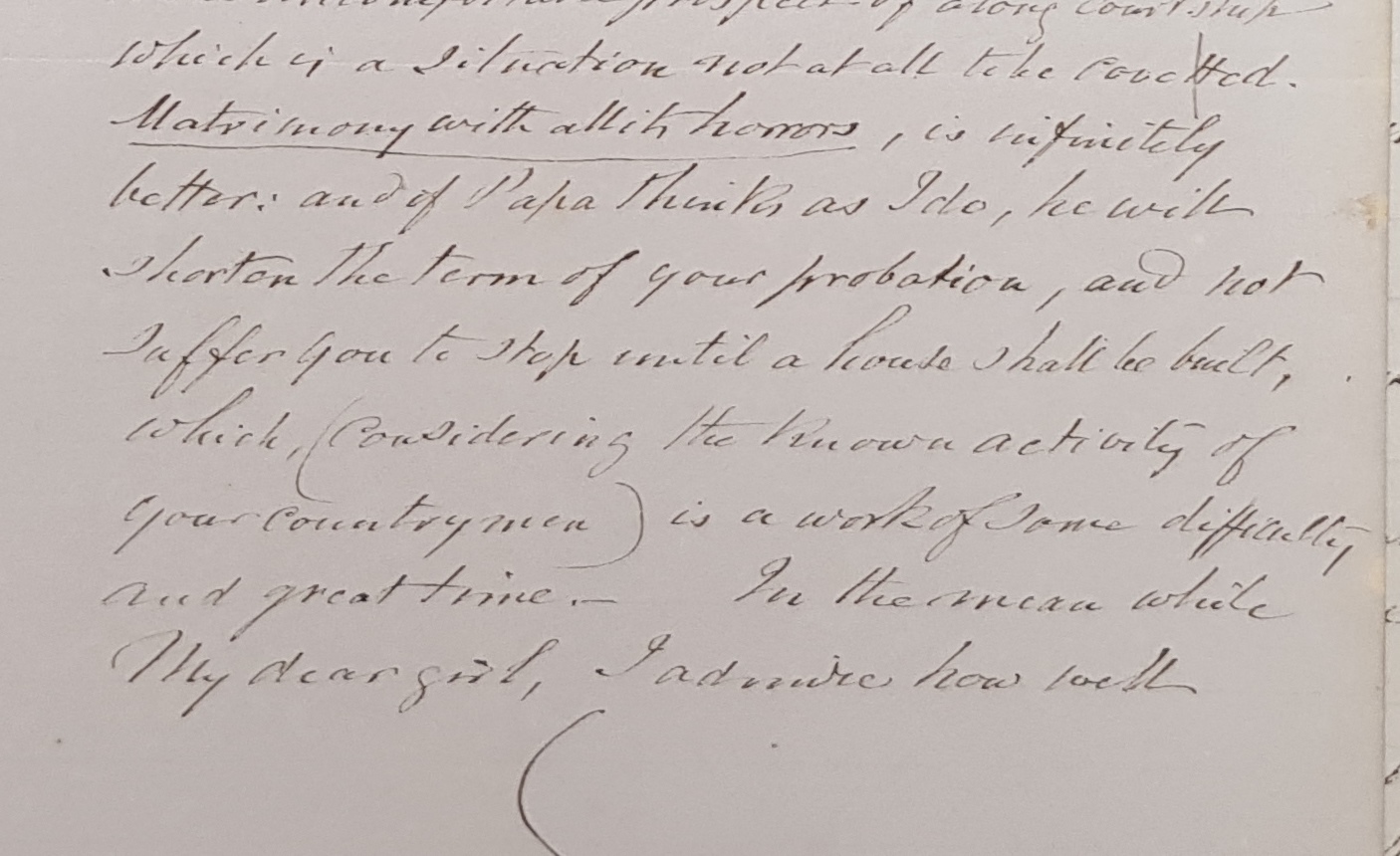 Pictured: A little advice on marriage...

The gallant Captain Le Couteur had just returned from India where, Marie recorded, he had led two forlorn hopes*, been taken prisoner and kept 11 months in chains in a dungeon. On his return to London, he met Marie at the Lord Mayor’s Ball and the letters between Marie and her aunt describe the courtship.

In one letter, her aunt said she understood that a long courtship was not desirable for Marie and John and agreed that "marriage with all its horrors is infinitely better."

In her letters back, Marie resolved that she would "never contradict her husband." Her aunt wisely felt that this was a statement that was easy to make when one was first in love but she told Marie not to be alarmed should she "break that rash vow." 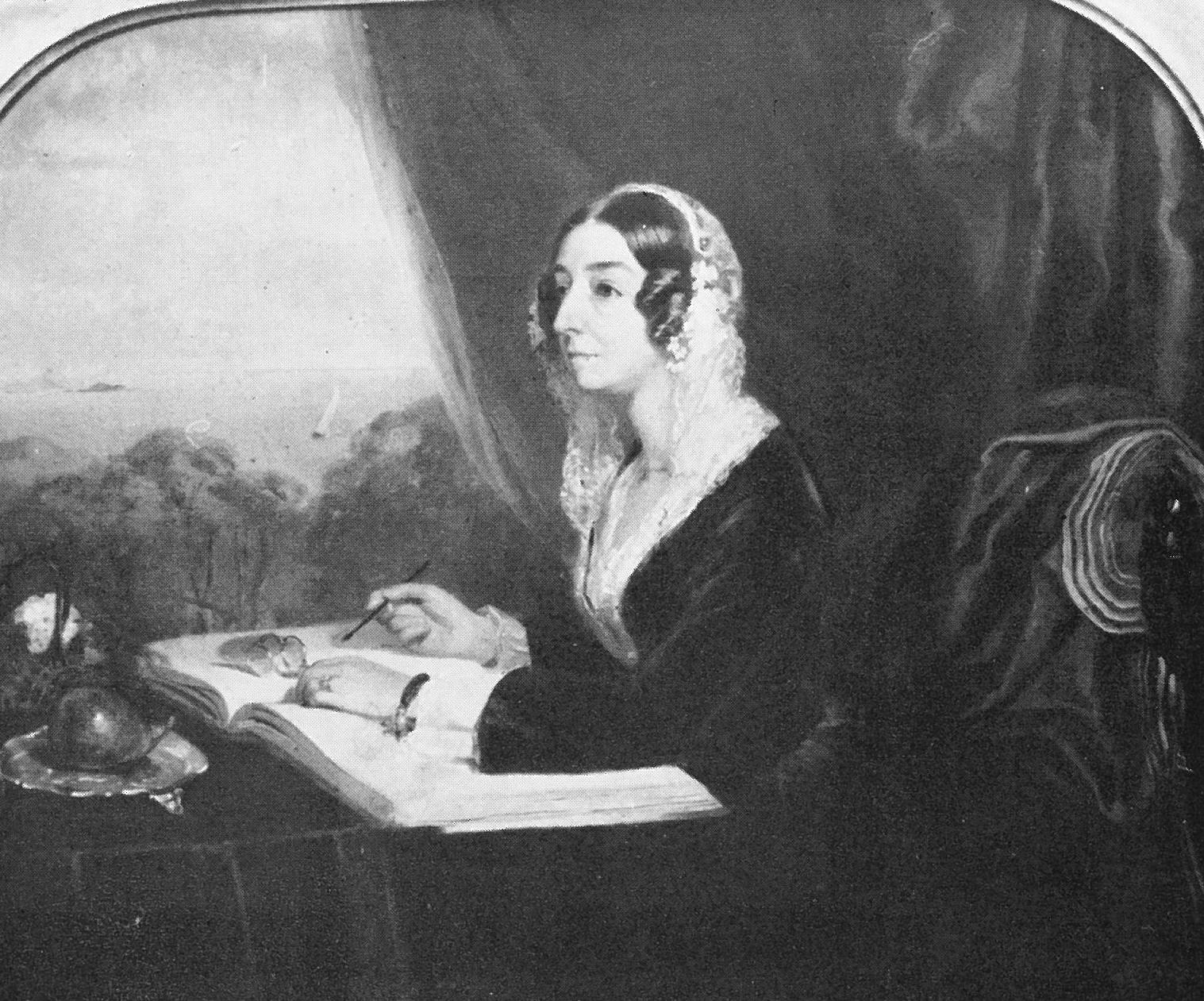 She went on to give Marie a list of the "evils you dread to find after marriage", including jealousy and poverty. Her letters also show that the family were concerned with John Le Couteur’s lack of fortune. She wrote: "He loves you in a warm and disinterested manner but his fortune (or rather his want of fortune) is what we all lament, some of your friends have even expressed a wish that matters between you had not been carried so far."

The aunt also shared some details of her own marriage, writing: "I married for love but I have no reason to boast of happiness." She entreated Marie not to be caught up with romantic notions but to realise that "men are human creatures and nothing that is human is perfect."

This story has been shared as part of a series in collaboration with Jersey Heritage. To uncover more like this, you can delve into Jersey Archive's online records by clicking HERE.