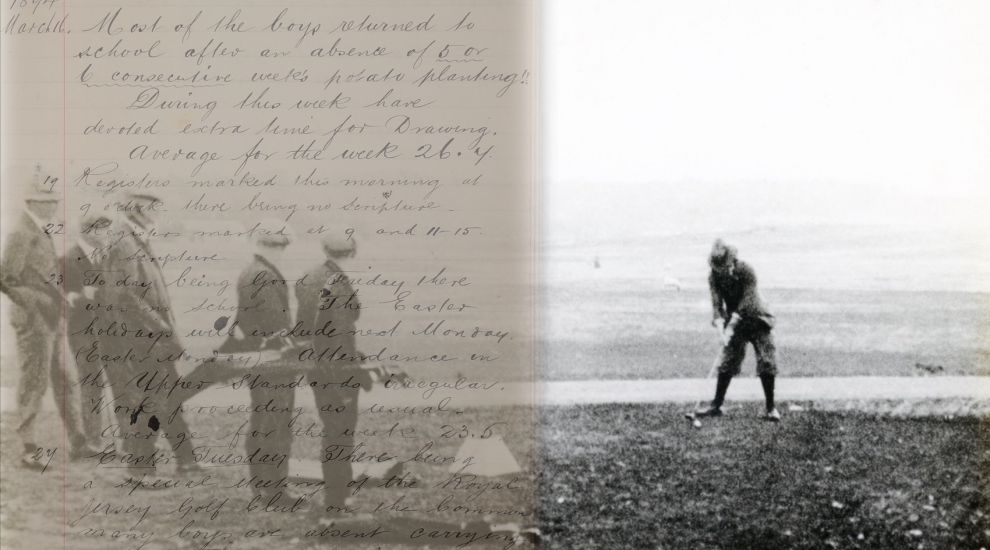 The autumn term in now in full swing and pupils are back at school, but there are always some students who’d rather be elsewhere. For pupils at the end of the 19th century, that could easily have been out in a field planting potatoes, or even on the golf course!

Jersey Archive holds the log books for a number of the island’s schools, including Gorey National School, which no longer exists.

It was a typical country school, located in a building on the site of what is the now the car park for the Bass and Lobster restaurant.

In 1894, William B Hender took over as the headteacher of Gorey National School and his comments in the log books reveal amazing detail of life in a rural school at that time. 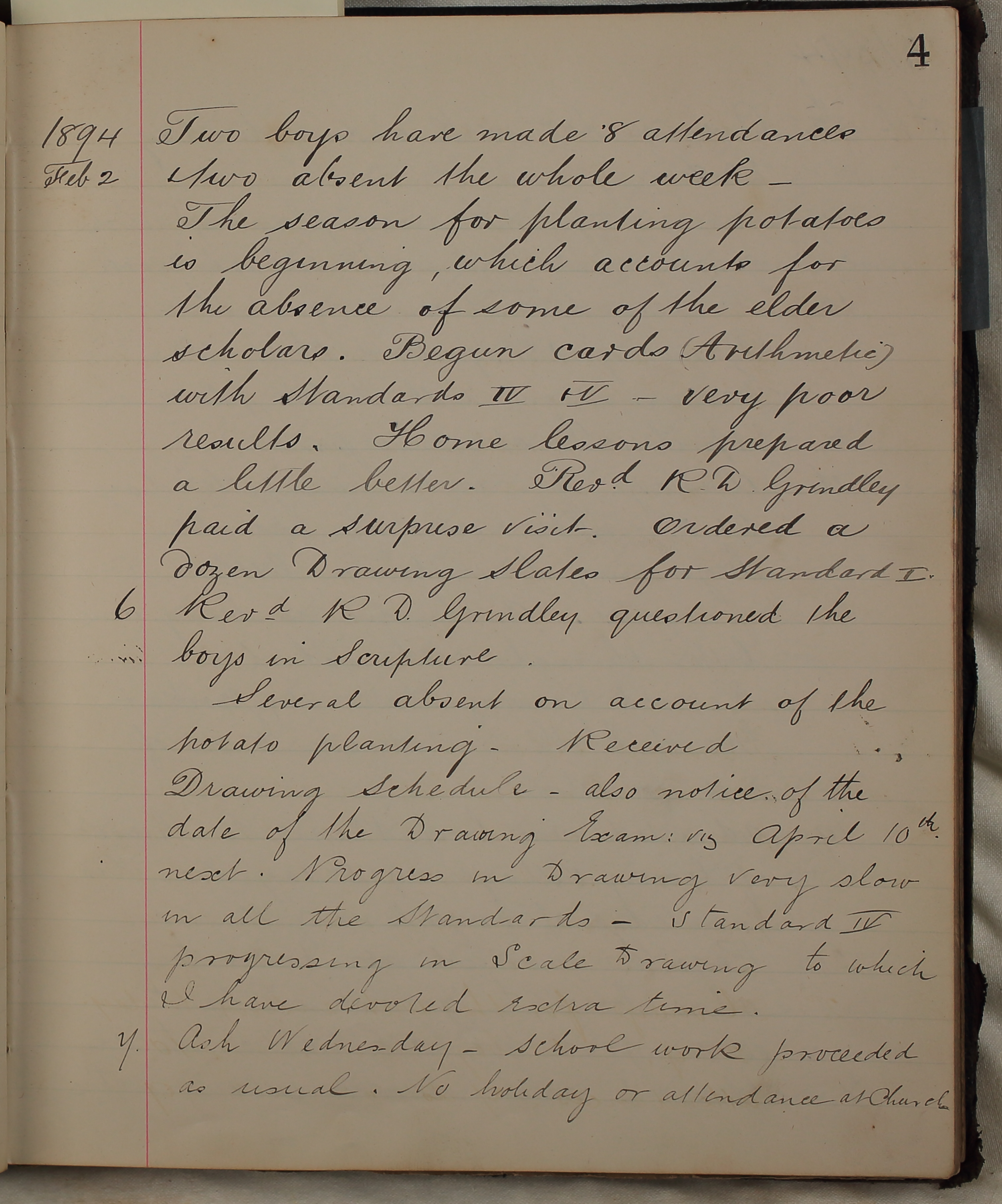 Pictured: Jersey Archive holds a number of log books for the island's schools, including one for the now defunct Gorey National School.

One of the most striking things about the entries is the different way that pupils were talked about.

In an early statement, Mr Hender writes: “I have not strictly adhered to the time-table on account of the very backward condition of the children.”

However, this seems not to have been altogether the children’s fault, with Mr Hender also noting: “They have been much neglected in the last year, I having been the fourth teacher in twelve months.”

The perennial problem for rural schools was the need for pupils to work on their parents’ farms. 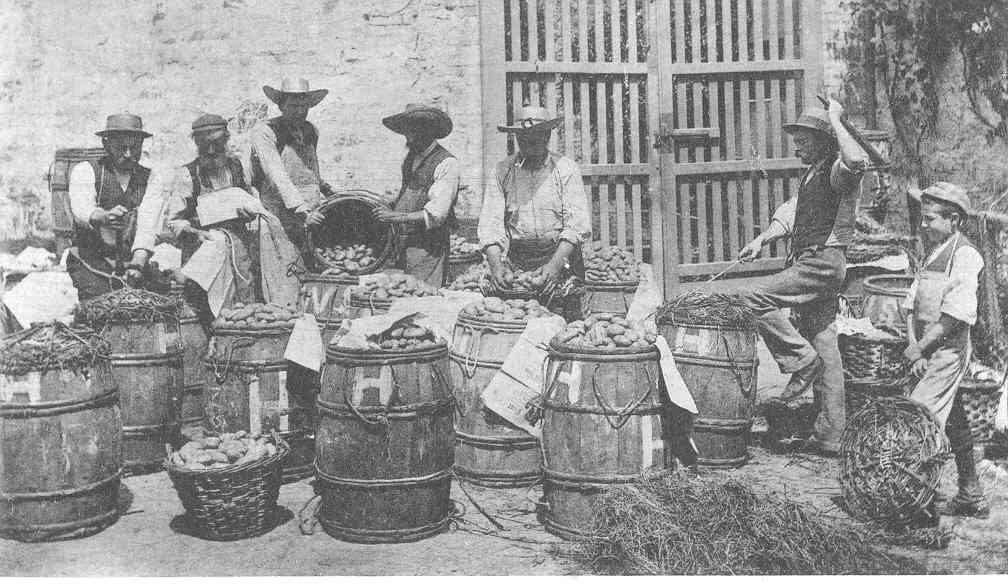 Pictured: Mr Hender decried how potato planting was keeping students from his lessons.

On 2 February 1894, Mr Hender wrote: “The season for planting potatoes is beginning, which accounts for the absence of some of the elder scholars.”

A couple of weeks later, he noted: “Many boys still away planting, which greatly interferes with school work.”

On 16 March, he wrote: “Most of the boys returned to school after an absence of 5 or 6 consecutive week’s potato planting!!”

Eventually, a one-month holiday was given in May as most of the students were employed elsewhere.

Another barrier to school attendance was a nearby club. 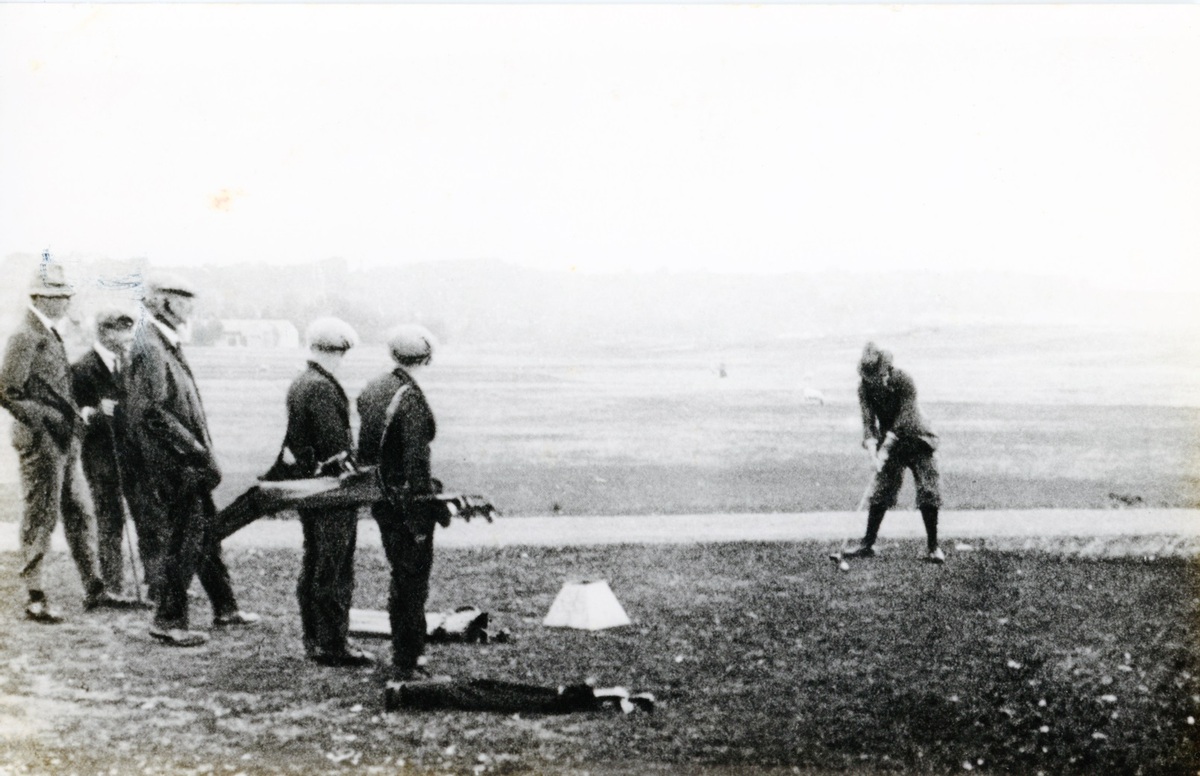 Pictured: A meeting of the Royal Jersey Golf Club had students avoiding the classroom and heading to the golf course.

On Easter Tuesday, the headteacher notes: “There being a special meeting of the Royal Jersey Golf Club on the Common many boys are absent carrying clubs [caddying]. This greatly interferes with the work of the School, especially now as the Drawing Examination takes place in a fortnight.”

In April, he expressed frustration at the continued low attendance at school, writing: “Attendance still very unsatisfactory, boys staying away to help their parents or to earn a shilling when they can. Education seems to be quite a secondary consideration. In fact they are sent to school when they have nothing else to do.”

On 25 July that year, an event took place on the Common that also necessitated a half day.

“Today the Races being held on the Common adjoining the school a half-holiday was given in accordance with the usual custom.” 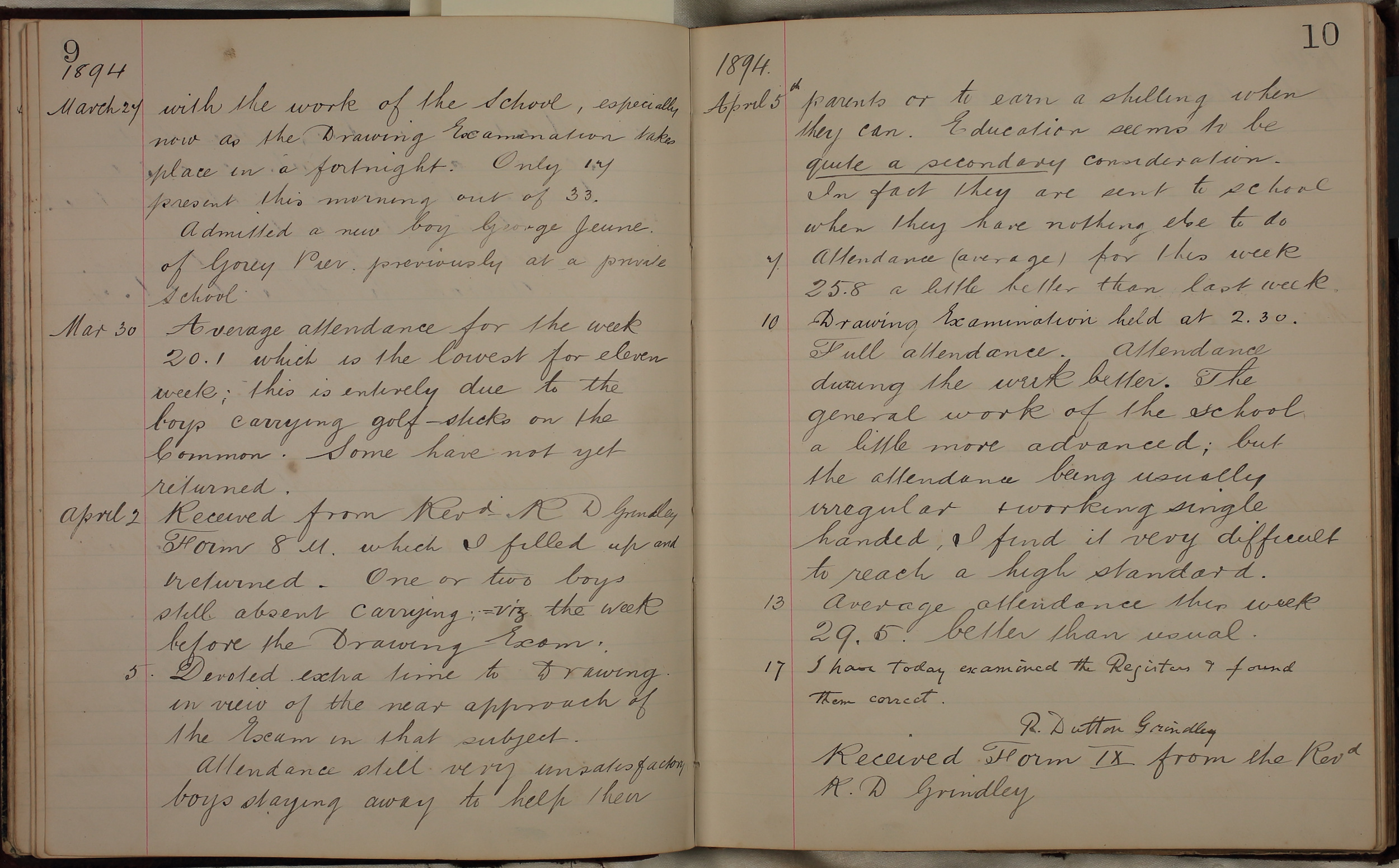 Pictured: The logs give an insight into the relationship between rural life and education in 19th Century Jersey.

Despite these difficulties, Mr Hender was commended in the Annual Report on the School, with the authors writing: “The doing up of the school is most satisfactory. The Boys continue in good order and have made considerable progress during the year.”

This story has been shared as part of a series in collaboration with Jersey Heritage. To uncover more like this, you can delve into Jersey Archive's online records by clicking HERE.