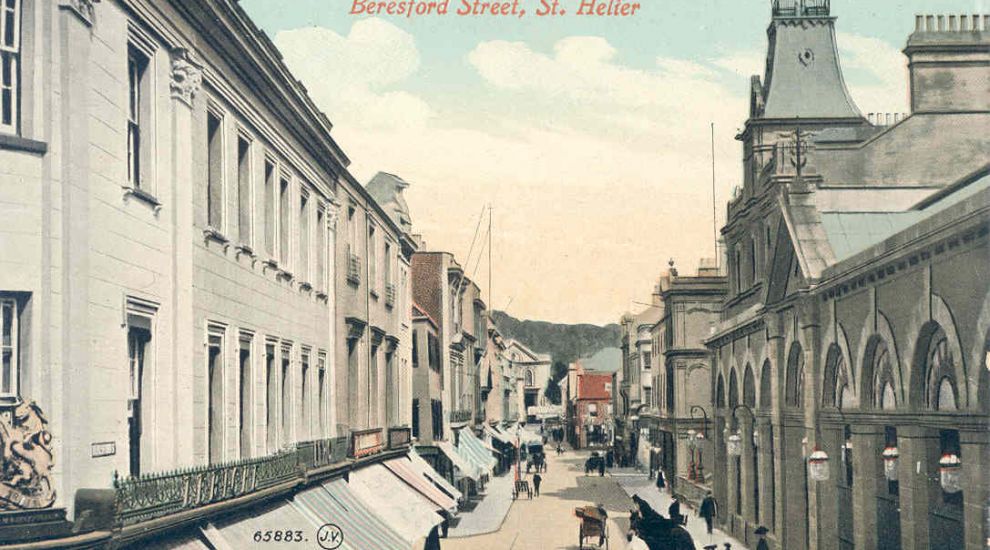 The development of the new markets in St. Helier in the early 1800s are key to the origins of Beresford Street - but, for many years, this prominent road was home to one of Jersey’s oldest private members’ clubs.

The street was named after William Carr Beresford, who was sworn in as Governor of Jersey in March 1821.

The existing Victoria Club building at 8, Beresford, which now houses ‘Banjo’ restaurant, was constructed in the 1890s but the Club and an earlier building – number 6 - date back to the beginning of the 19th century.

The first inhabitant of 6, Beresford Street was Charles Fixott, a surgeon, who purchased land to the west of the new market from the Public of the Island in 1815. He went on to build a house on the site and records show that it was insured in 1826. 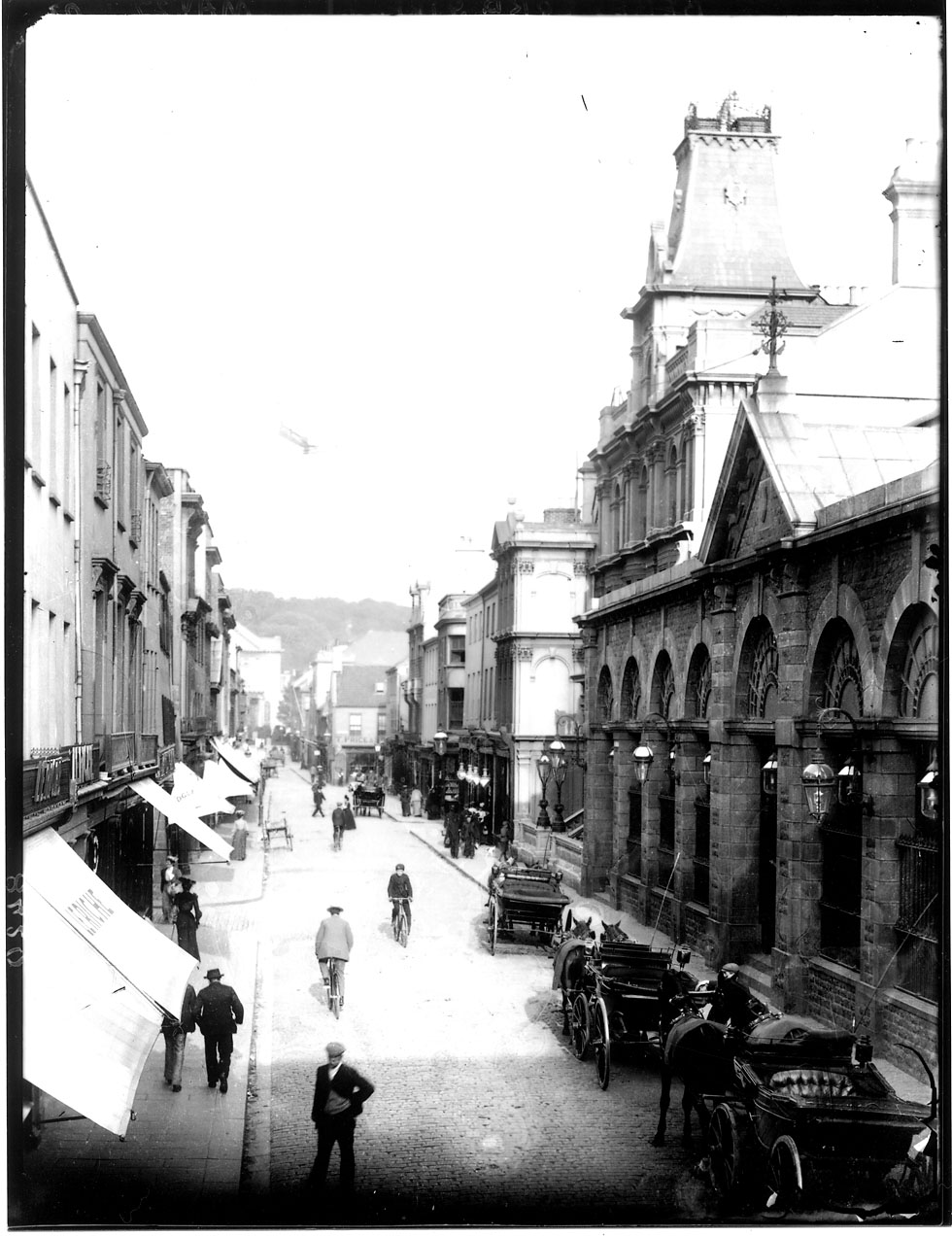 Jersey Archive holds accounts of Charles’ medical visits and consultations to private patients in the 1820s, including a bill for June 1825 to April 1826 for Captain Elie de Gruchy and his wife. The bill is for £126 or roughly £8,500 in todays currency.

In 1837, Charles was appointed as surgeon for the Prison with a salary of £25 per year on the condition that he made a daily visit there and provided any medicines necessary for the inmates. The 1838 Prison Governor’s diary includes details of Charles’ visits and shows that his son, John, who was a doctor, sometimes acted as his substitute. The diary entries show which prisoners were sick and unable to work, and who could return to their daily tasks of hard labour, such as stone breaking.

In 1845, Charles Fixott sold 6, Beresford Street to Josue Laverty and by 1855 there is evidence that the Victoria Club was a going concern. The Club was formed ‘for the social advantage of gentlemen residing in or visiting the Island of Jersey’. Members paid an entrance fee and annual subscription and had to be proposed by existing members. 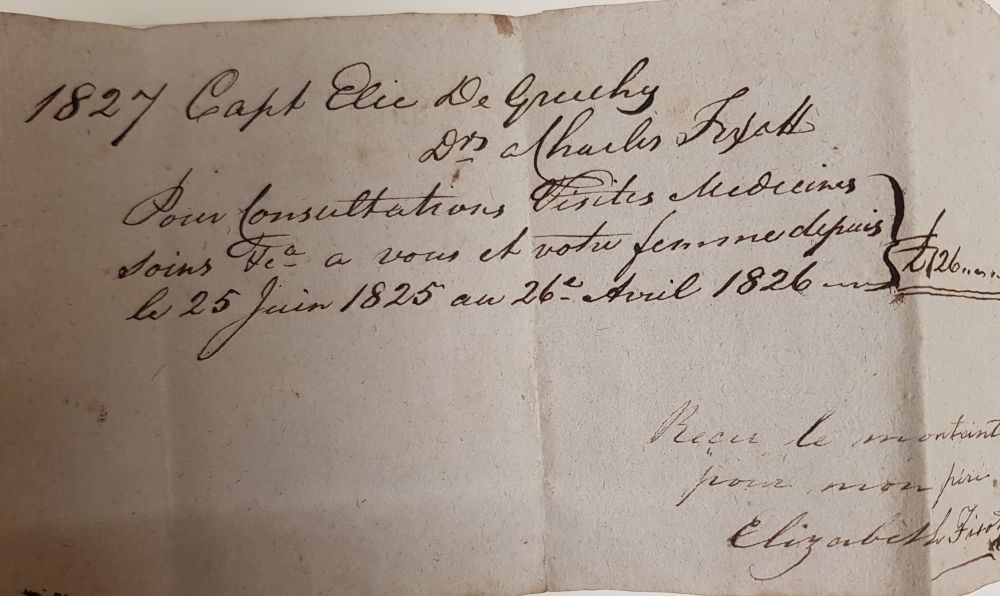 In August 1855, Francis Prosser appeared before the Royal Court as an employee of the Victoria Club. Court records show that he was accused of selling a quantity of liquor and spirits in a house in Beresford Street that was leased by the Victoria Club without a liquor licence. Prosser was fined £10.

Commentary on the case in the Jersey Independent and Daily Telegraph was critical of the Victoria Club members, some of whom were present in the courtroom.

In Court, Prosser argued that he was just a servant of the Club and that members should be summoned to respond to the charges. The newspapers pointed out that this caused some difficulty as both the Chief Magistrate and Attorney General were themselves Club members. The Court agreed that members should be summoned but the Attorney General then dropped the case with the newspaper reporting: ‘So much for Jersey justice!’

By 1861, Charles C Hancock was the steward of the Victoria Club and census records show that he was living at 8, Beresford Street with his wife and two-month-old son. By 1871, Francis Prosser was back at the club and listed as the club steward.

Charles Benest bought 6 and 8, Beresford Street in 1870 and retained ownership throughout the 1870s, ‘80s and early ‘90s. In 1893, he sold the Victoria Club to Colonel Philip Robin and two years later, Robin leased the building to the Victoria Club for an initial term of 30 years and 7½ months.

After he had purchased the club buildings in 1893, Robin financed the construction of a new club and it is this building that we can still see in Beresford Street today. The original club buildings were demolished in 1893-4 and on 7 February 1894, the foundation stone was laid for the new building. 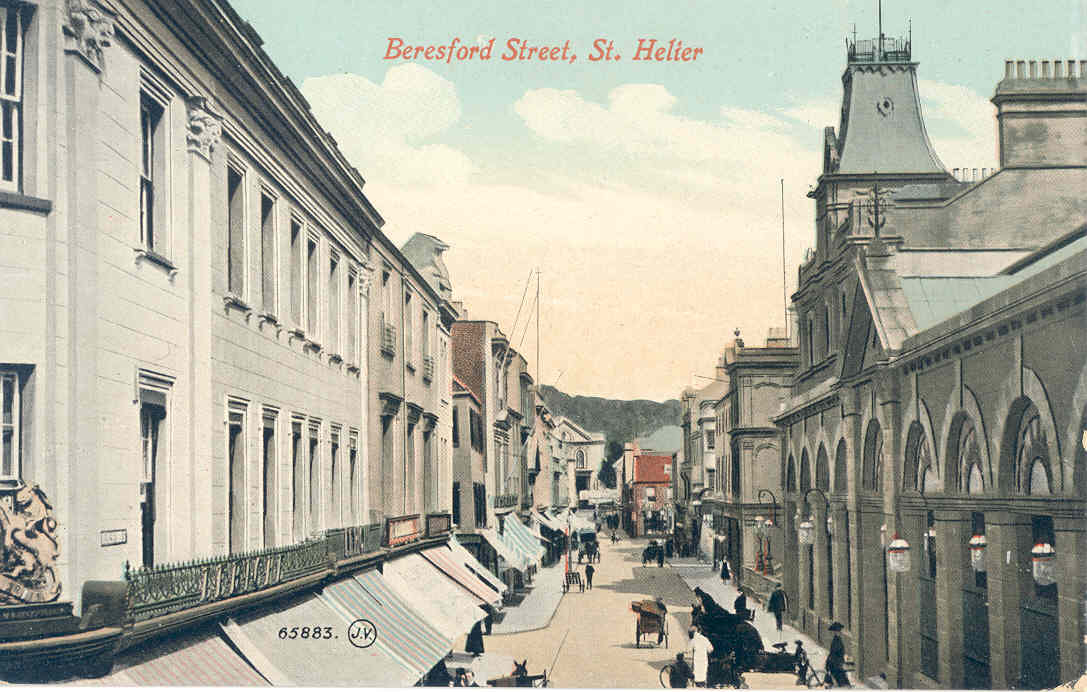 The new club was designed by architect Adolphus Curry. An article from the Jersey Weekly Press and Independenton the opening of the new club in 1895 provided readers with an excellent description of the new building.

It described the building as magnificent, having Corinthian and Roman fluted columns and a balcony crowned porch, with no expense having been spared to produce a commodious club of over 50 rooms. The report went on to say that the resident gentry of Jersey was fortunate to possess a jewel of a club that any town in the UK or the continent would be proud of.

The writer gave a literary tour of the four-storey building, describing the servant’s quarters and kitchen in the basement, along with an engine room for the supply of electricity to all of the rooms and an artesian well for the pumping of water throughout the building.

The entrance floor was described as containing a smoking lounge, bar, dining hall, cloakrooms and a superb two-table billiard room. There was also a room for cards and games, a reading room and lavatory facilities. The 2nd floor was comprised of a committee room, bathrooms and three bedrooms and the attic floor accommodated the servant’s bedrooms.

This article, put together by Director of Archives and Collections Linda Romeril, only touches on some of the stories of Beresford Street and forms part of Jersey Heritage's 'What's Your Town Story?' series. To find out more, sign up for this month's FREE talk at Jersey Archive this Saturday (17th) at 10:00 by calling 883330 or emailing archives@jerseyheritage.org.

The Archive will also be open for the Jersey Family History Festival weekend from 09:00 to 14:00 on Friday and Saturday (16th-17th) and 09:00 to 13:00 on Sunday (18th). Full details of the Festival programme are available here. Booking is recommended for the Festival talks and can be done using the contact details above.