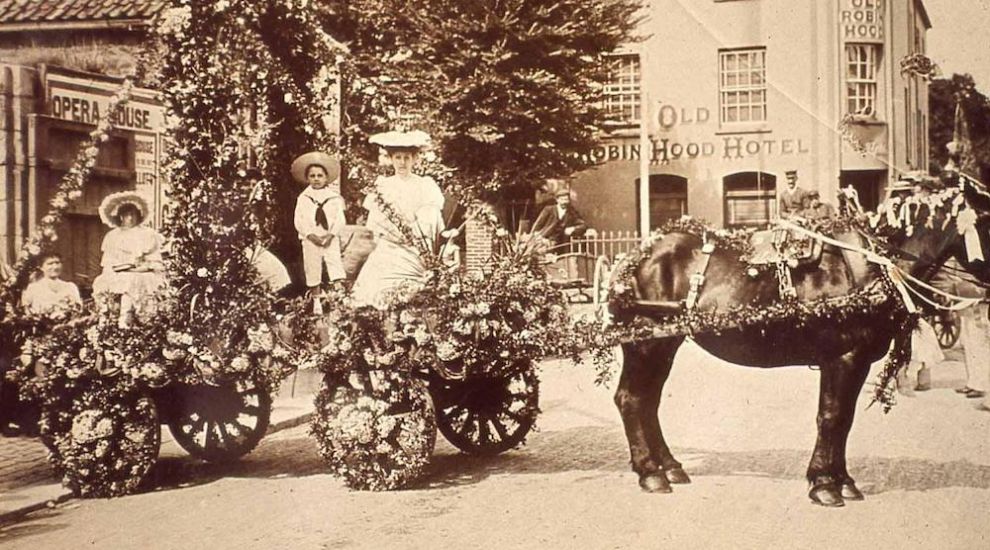 Charles Alexandre purchased the Robin Hood in 1835 and by 1857, he had established the New Springfield Brewery, which was advertised in the Jersey Independent and Daily Telegraph that year:

‘Charles Alexandre, Proprietor of the [New Springfield] Brewery, most respectfully informs the Gentry, the Trade and the Public in general, that he has now completed, at a considerable outlay, the above premises, with every modern improvement in Brewing, and is fully prepared to furnish the Trade and Private Families with a pure, wholesome and unadulterated Beverage in Ales and Porter.’

Orders could be taken at the Old Robin Hood tavern, adjoining the Brewery. 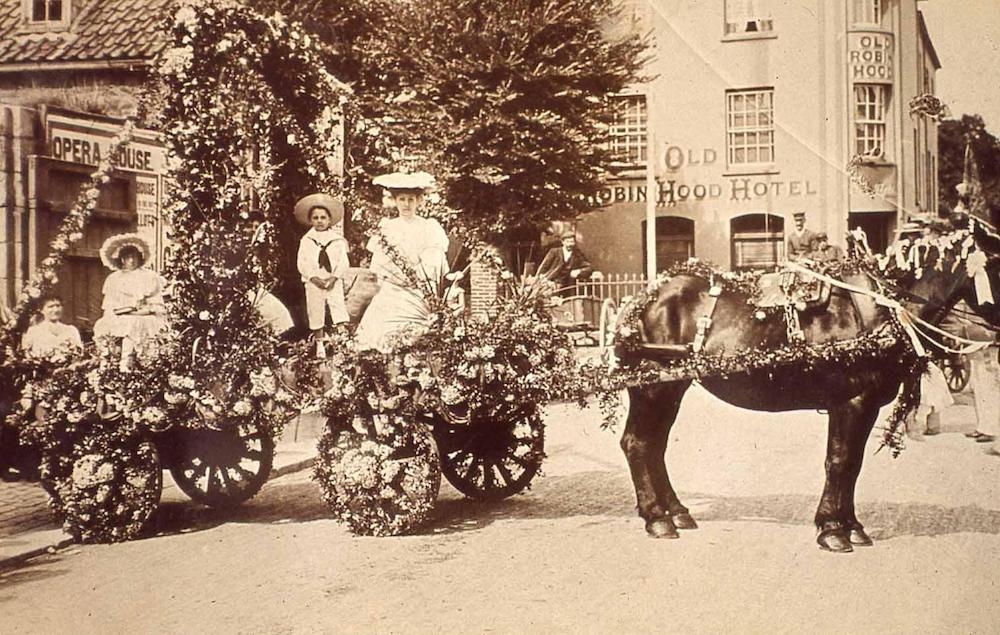 Pictured: Trinity Road has been the location of the Robin Hood Inn for at least 175 years.

According to The Jersey Almanac for 1863, Zephaniah Banks was the brewer at the New Springfield Brewery. He was one of seven brewers listed in St Helier at the time and was selling a variety of ales, stouts and porters, with his cheapest product being a table beer available for 6 pence a gallon.

A decade later, the Almanac shows Albert B Seymour had become the brewer at the New Springfield Brewery. In 1881, Seymour was fined by St Helier’s Roads Committee for the non-removal of a signboard over his Brewery. He contested the right of the Committee to order the removal of the sign but the Judge overruled his plea and ordered him to pay the 5-shilling fine and remove the sign immediately.

The following year, Seymour decided to join the other side of the legal system and was elected as a Centenier for St Helier. However, his time as a Centenier appears to have been full of controversy. In August 1883, he was accused of using unnecessary violence whilst making an arrest and making a false statement.

In 1884, he was charged with contempt of Court having voted at a Parish meeting whilst he was suspended from his functions as Centenier. In 1889, he left Jersey to run a brewery in Lille where he was convicted of embezzlement and fraud. 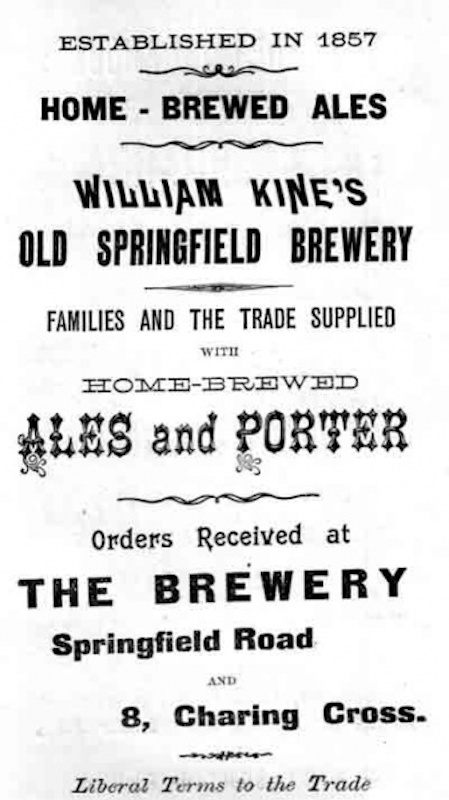 Pictured: The Kine family’s involvement with the brewery can be seen in an advert for Kine’s British Home Brewed Ale Brewery.

West of England Fire Insurance Registers from July 1847 show that Mary Ann Fowle insured a brewery and malt house with a kiln called the Springfield Brewery. She had purchased the brewery in 1847 and it was originally run by John Andrews, her brother-in-law. However, by 1857, the Kine family’s involvement with the brewery can be seen in an advert for Kine’s British Home Brewed Ale Brewery, previously the Old Springfield Brewery in Springfield Terrace.

According to the advert, home-brewed ales could be purchased at stores in Charing Cross, Charles Street and at The Brewery. It also promoted the opening dinner of the establishment, which was due to take place in the early spring under canvas in the brew house yard (weather permitting). Invitation cards were to be issued to 50 of the aged inmates of the General Hospital.

The Kine family eventually purchased the brewery and remained the owners until 1891 when it was acquired by Francis Le Sueur. Records from 1892 show that he insured a brewery called the Old Springfield Brewery and the building, which included the engine and engine house, fixtures and stock in trade, including malt, hops, tuns, casks, office furniture and fittings. 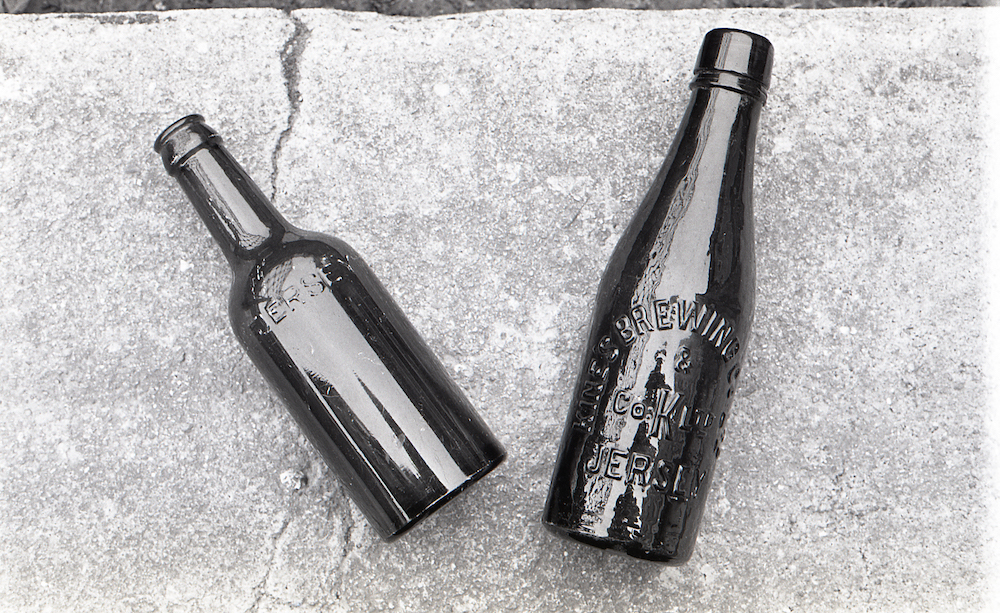 Pictured: The Kine family owned the brewery until 1891.

Le Sueur retained the name of Kine’s Old Springfield Brewery until 1912 when the business was taken over by Kine’s Brewing Company. The following year, 7, Trinity Road with the brewery and outbuildings was sold to Ann Street Brewery.

Before it was sold, the Jersey Times of August 1909 includes a description of a tour of Kine’s Brewing Company Limited at Springfield, explaining that the brewery used the finest Eastern Countries malted barley and Kent hops and that there were no chemicals of any kind being used for the manufacture of the beer. There were also details about the water supply:

‘The water is obtained from an Artesian bore from which 1,000 gallons are pumped per hour; the well is practically inexhaustible and there need be no fear of the supply of water ceasing whatever may be the quantities of beer required.’

During the 20th century, the owners of 7, Trinity Road, also known as Cherry Lodge, included Arthur Forster, husband of Ivy Forster, Jersey’s first female States Member and it was whilst the couple lived at Trinity Road that Ivy was first elected as Deputy of St Helier.

This article, put together by Director of Archives and Collections Linda Romeril, touches on just one of the stories of the Trinity Road and Town Mills area and forms part of Jersey Heritage’s ‘What’s Your Town Story?’ series.