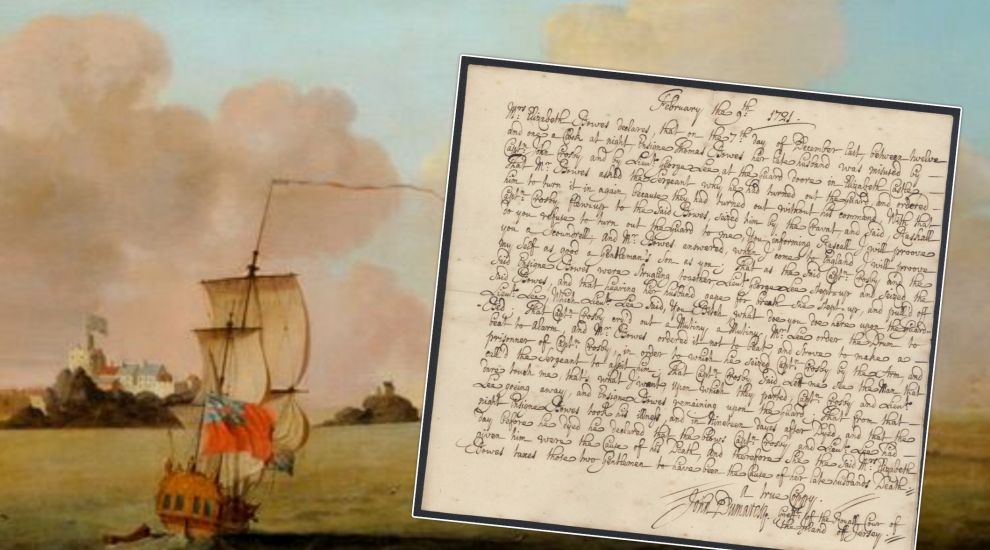 The island’s earliest copy of a formal witness statement dates back over 300 years and tells a story of alleged murder at Elizabeth Castle.

Kept safe at Jersey Archive, the statement was taken in February 1721 and is by Elizabeth Bowes, whose late husband Ensign Thomas Bowes, of the Company of Invalids, was stationed at the Castle. She came before the Royal Court four months later, accusing Captain John Crosby and Lieutenant George Lee of "being the cause of her late husband’s death."

In her statement, Elizabeth testifies that a few weeks earlier, on 7 December, between 12am and 1am, her husband was ‘misused’ by Captain Crosby and Lieutenant Lee at the guard door of Elizabeth Castle, where he was on duty.

It appears that Captain Crosby and Lieutenant Lee were returning to the Castle and on seeing officers on their way back, the Sergeant who was also on duty, turned out the guard. Ensign Bowes then asked the Sergeant why he had done this and ordered him to reverse the order because they had turned out without his command. 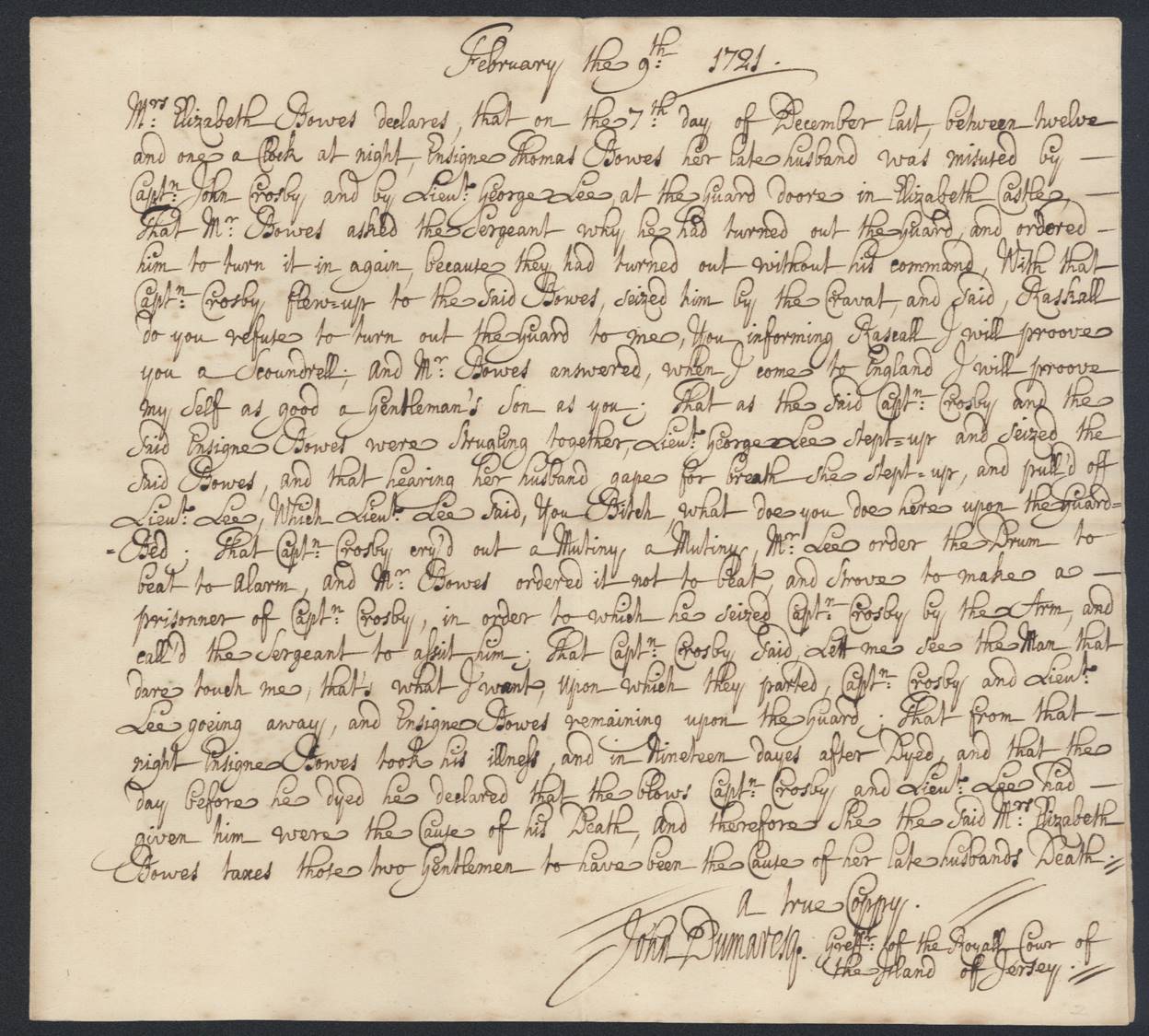 Elizabeth’s says this enraged Captain Crosby, who “flew up to the said Bowes, seized him by the Cravat and said: ‘Raskall do you refuse to turn out the guard to me, you informing raskall I will proove you a Scoundrell and Mr Bowes answered ‘when I come to England I will prove myself as good a Gentleman’s son as you’.”

While Captain Crosby and Ensign Bowes were struggling together, Lieutenant Lee entered the fray and, on hearing her husband gasping for breath, so did Elizabeth, who was also present. She recounts that she pulled Lieutenant Lee off her husband at which point he said: “You Bitch, what doe you doe here upon the Guard Bed.”

Captain Crosby then cried out, “a mutiny a mutiny”, and Lieutenant Lee ordered the drum to beat the alarm. Ensign Bowes seized Captain Crosby’s arm to try and make him a prisoner and called the Sergeant to help him.

According to Elizabeth’s statement, the dispute then seems to have dissipated with Captain Crosby saying: “Lett me see the Man that dare touch me, that’s what I want.” Captain Crosby and Lieutenant Lee went on their way and Ensign Bowes remained on guard.

Elizabeth testifies that Ensign Bowes became ill that night and 19 days later he died. “The day before he dyed he declared that the blows Captain Crosby and Lieutenant Lee had given him were the cause of his death." 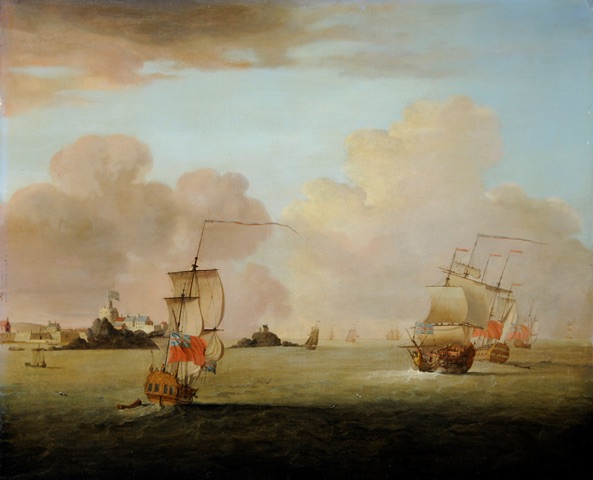 Pictured: Elizabeth Bowes stated that her husband had been 'misused' at Elizabeth Castle.

There was a division of opinion in the Royal Court between the Crown Officers, who decided against Elizabeth, and the Lieutenant Bailiff, who decided in her favour. In a letter from the Crown Officers to John Lord Carteret, one of HM Secretaries of States, they reveal that on 15 June 1722, Crosby and Lee were discharged by the Court and that in their opinion, the accusation of murder was malicious and frivolous.

The will of Thomas Bowes was made on 26 December 1721, a short time after the incident and just before his death. Thomas describes himself as an Ensign with Captain Byng’s Independent Company of Invalids. In his will, Thomas appoints Elizabeth as his executrix and leaves all his property to her, aside from a ring of 20 shillings to his brother, George, and a single shilling to his brother, John.

(Note: until 1752, the calendar year started on 25 March and not 1 January. Therefore, the incident at the Castle took place in 1721, as did the writing of Thomas’ will and Elizabeth’s statement. However, by the time the case reached the Royal Court in June and the Crown Officers wrote their letter of judgment, it was 1722.)