LOOKING BACK: If you’re a bad girl, I’ll send for Marie Tourgis! 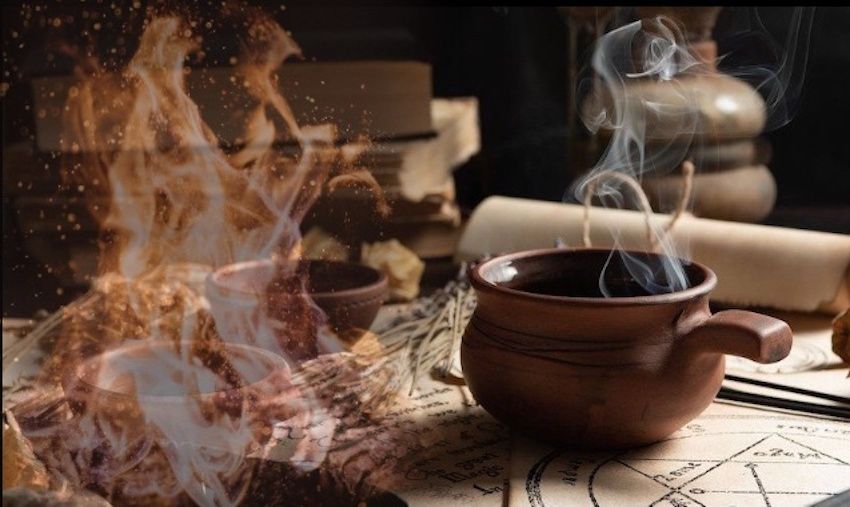 LOOKING BACK: If you’re a bad girl, I’ll send for Marie Tourgis!

In the 16th and 17th centuries, a fear of witchcraft spread across Europe. In Jersey, those suspected of consorting with the Devil could be put on trial at the Royal Court and executed and burned for their crimes of sorcery.

In time for Halloween, the Jersey Heritage team takes a look back at the witch trials that took place in Jersey between the 1560s and 1660s, and the chilling story of the Tourgis family...

The Channel Islands have been described as ‘proportionate to their size, the witch hunting capital of Atlantic Europe’. Between the 1560s and 1660s, when Jersey had a population of around 10,000, there were at least 65 witch trials that came before the Royal Court, with 33 of these leading to execution and eight to banishment. Of these, 57 were women. 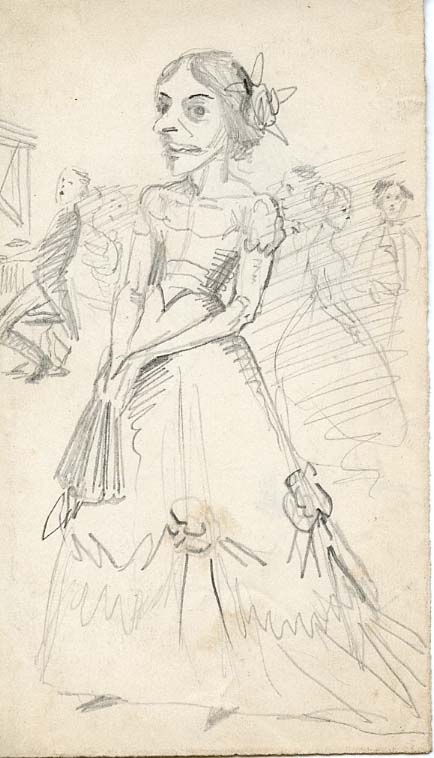 Pictured: 'Witch in a Dress' by Crawford. Witchcraft was widespread in Jersey in the 16th and 17th centuries.

While waiting for a confession or inquiry, the accused could be held in prison for up to a year and a day. It was common practice in Jersey to hang those accused of witchcraft and then burn the body rather than burn the individual alive – a small mercy. What was regarded as witchcraft at this time we now know today was more likely to be people who were often begging or homeless.

On 23 December 1591, the Royal Court in Jersey issued an order which noted that people habitually consorted with sorcerers and devils when troubled or afflicted. The Court indicated that those who consulted these people were as culpable as those they consulted and therefore the Court prohibited anyone from receiving counsel from ‘sorcerers’ or ‘devils’, or anyone suspected as the same.

This proclamation followed the plague years of the 1580s, which had seen people imprisoned for seeking out help and healing from women suspected of sorcery. It played on the stereotypical image of a witch as a wise-woman or healer. 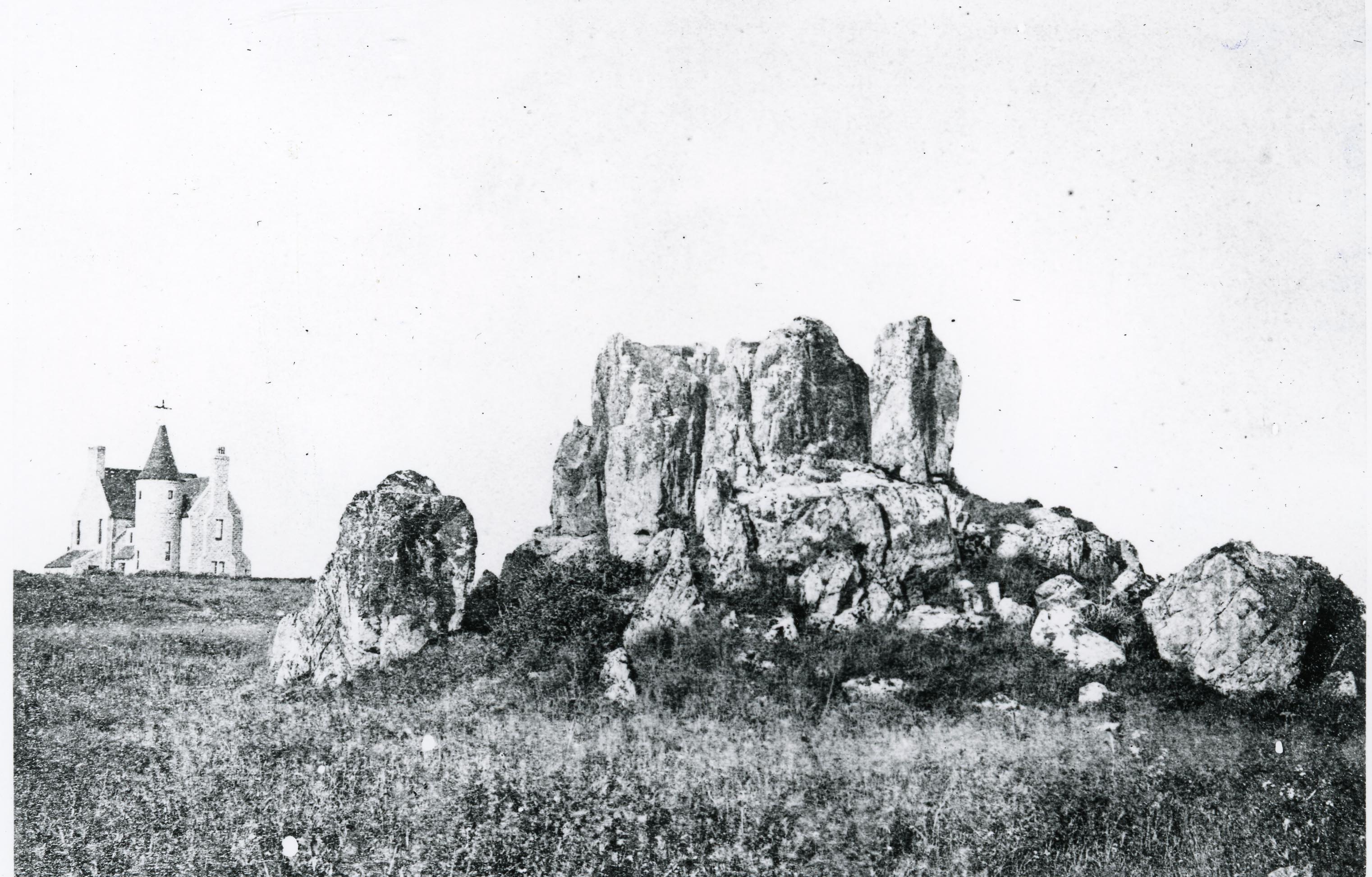 Pictured: Rocqueberg, or the 'witches rock', located near Green Island in St. Clement, was associated with local witches dancing on it during the Sabbath.

The suspicion of witchcraft appears to have afflicted certain families. In 1608, Andrée Tourgis and her daughters appeared a number of times in the courts accused of the ‘diabolical crime of sorcery’. Andrée’s daughter, Mabel, had given birth to an illegitimate child and at her trial for suspected witchcraft, Andrée confessed that she had killed the baby. Andrée was executed but her two other daughters, Jeanne and Marie, were acquitted.

Jeanne and Marie both appeared in the courts again; Jeanne in 1613 when she was found guilty of associating with witches and banished from the Island, and Marie in 1618 after she was arrested again and brought to trial in October that year.

The court records state that Marie confessed to the Centenier of Grouville that she had killed a child and bewitched a woman. She was taken to Mont Orgueil Castle to await trial.

An inquiry was carried out and Marie was found guilty of the ‘abominable crime of sorcery’ and sentenced ‘to be hung until she is dead and then her body reduced to ashes’. All her goods were forfeit to the Crown.

Marie’s crimes obviously left a deep impression on those living in the East of Island. Writing in the 1930s, historian Balleine recounts that even at that time – over 300 years after Marie’s death – parents would say to naughty children: ‘If you are a bad girl, I will send for Marie Tourgis.’ 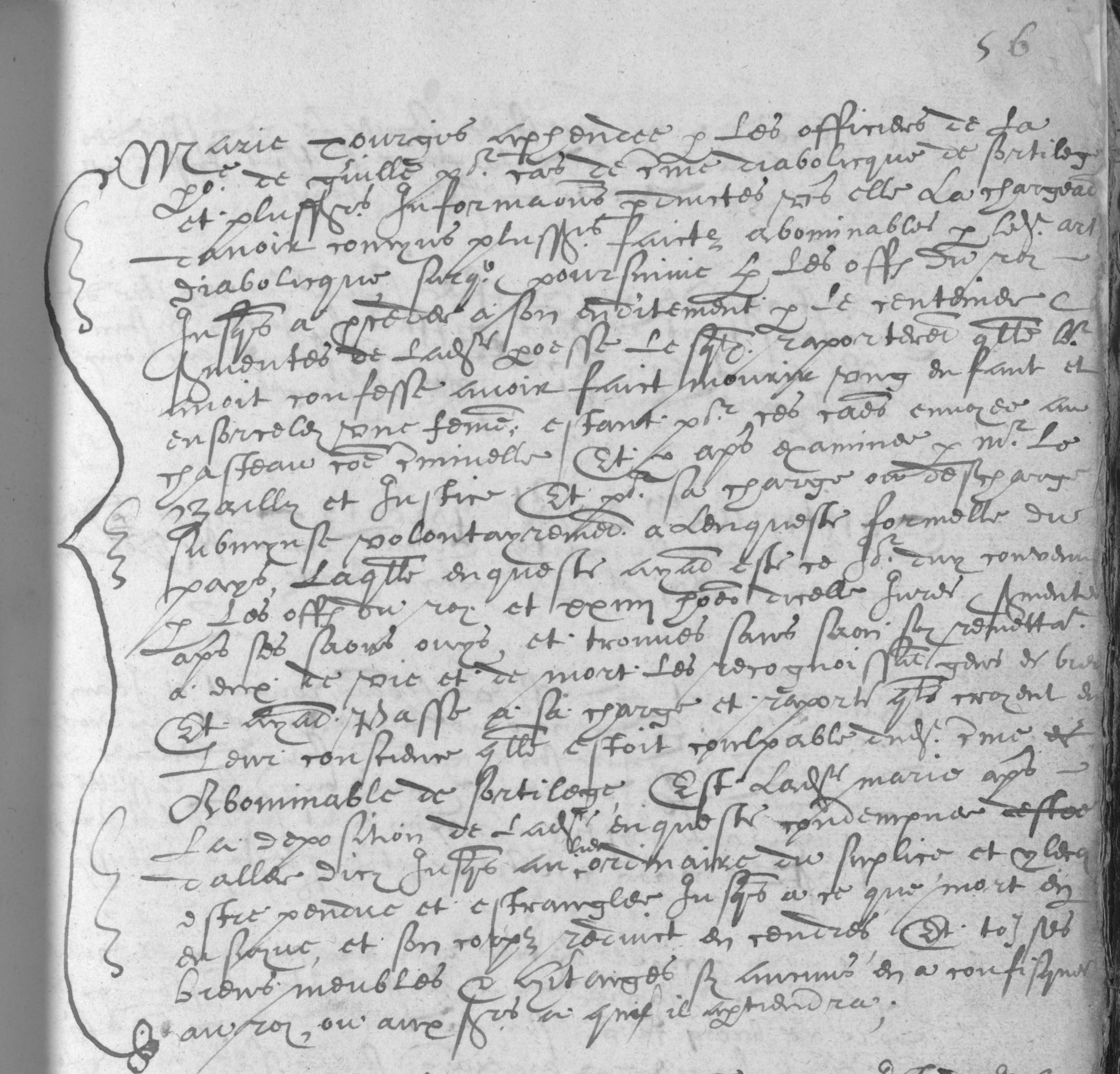 Pictured: An extract from Marie Tourgis' trial court record in 1618.

Another Marie who suffered from the witch hysteria of her time was Marie Filleul, the daughter of Thomas Filleul of St Clement. Marie was about 60 years old when she was presented before the Cour de Cattel division of the Royal Court on 20 October 1625 by the Constable of St Clement. She was accused of ‘the diabolical crime of sorcery’. As with Marie Tourgis, it fell to an inquiry of 24 men to decide whether she was charged or discharged, and whether she lived or died.

Marie was found guilty and met the same fate as Marie Tourgis. The Seigneur of Samarès, Daniel Dumaresq, requested, as was his right, that the execution took place on his Fief as Marie as one of his tenants. The Court agreed and that was where her sentence was carried out.

No further details of Marie’s alleged crimes have survived but as a single, elderly woman, she fulfilled the stereotypical image of a ‘witch’ at the time. What is known is that, in common with a number of those accused of being witches, Marie had previously been in trouble with the courts. In 1608, she appeared in court for breaking down the plants or fences of other people, and she was forbidden to do this again under pain of being put in the stocks.

This spooky tale has been shared as part of a series in collaboration with Jersey Heritage.

To uncover more, visit ‘Witches in Hell’ at the bottom of the Keep at Mont Orgueil Castle. There, you’ll find an interactive exhibit called ‘The Illusion of Witchcraft’, which highlights the hysteria that was whipped up by the religious fervour of the day and which led to the victimisation of people as 'witches'.

You can also delve into Jersey Archive's online records by clicking HERE.

REVIEW: 'Halloween Kills' is big on ideas but low on fear