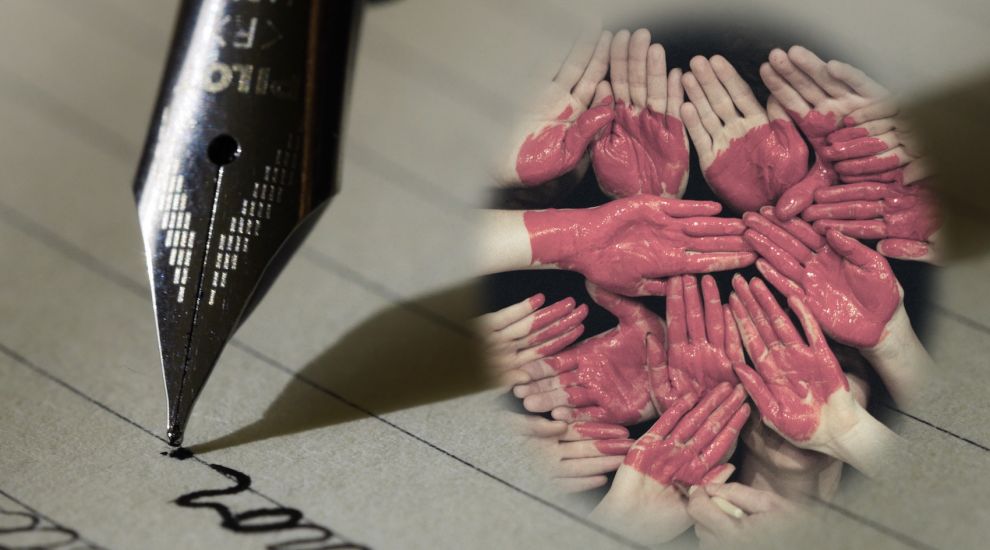 When Philippa Way found herself blind, penniless and in desperate need of support, a group of generous women and the editor of a newspaper, helped change the course of her life and those of many other women to come.

In September 1857, an anonymous letter signed under the pseudonym of ‘Humanitas’ appeared in the Jersey Independent and Daily Telegraph highlighting Philippa’s sad story. 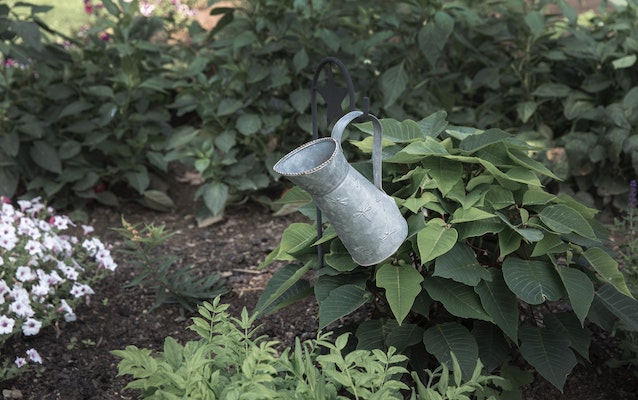 Pictured: Philippa's husband was a gardener.

She was 67 years old and had moved to Jersey with her husband 24 years earlier. Her husband was a gardener and worked for Judge Le Couteur of St. Mary and Judge Nicolle, in whose garden he died from a fit.

The letter explained that Philippa had become blind and was not able to sustain herself. After her son stopped sending her money, she went to the Parish of St. Helier for assistance.

After initially receiving some funds, these were cut off and she was told to appear before the Hospital Committee to plead her case to be allowed to take up residence at the Hospital, which was the Poor House at the time.

Pictured: Philippa had to appear before the Hospital Committee to plead her case to be allowed to take up residence at the Hospital.

Meanwhile, a couple of kind ladies had taken pity on her and placed her in a house with other aged women to be looked after.

In April 1857, the Committee had recommended to the Constable that Philippa was presented before the Court to be sent back to her home in Cornwall, despite having made her home in Jersey and doctors saying that she may not survive the journey.

This was not uncommon in the 19th century when the Jersey authorities were notorious for sending people back to the UK and Ireland if they couldn’t support themselves, even if they had lived in the island for most of their lives.

Pictured: The decision to send Philippa back to Cornwall was reversed on 7 December.

Philippa kept on trying to appear before the Committee to beg for mercy and to ask to be placed in the Hospital, but they refused to see her.

After the letter about her plight appeared in the pages of his newspaper, the editor of the Jersey Independent and Daily Telegraph wrote an excoriating piece, criticising the morality of the Committee.

“The very idea of sending the unfortunate woman to an English Poor-house is revolting," he wrote. "At her age, and with her infirmities, only unmanly brutes could dream of such an act of cruelty.

"What! Send a woman blind, helpless, hardly able to leave her bed, send her across the sea, to say nothing of subsequent fatigue and perils, send her as you would an inanimate bale of goods! What sort of men are they who for a moment could entertain a proposition so revolting? The injustice is only second to the cruelty.” 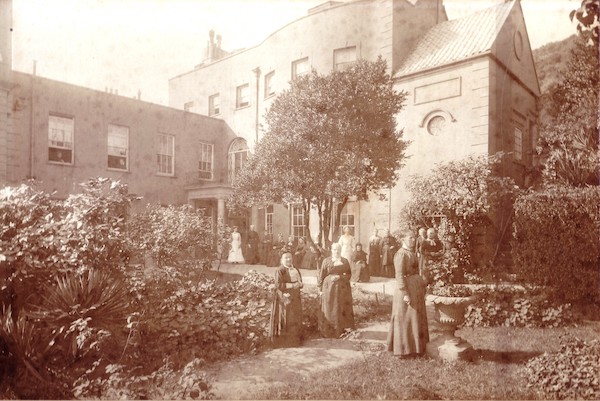 Pictured: The two women who had assisted Philippa went on to help form the Jersey Asylum for Infirm and Aged Women.

The editor also pointed out that on the Committee were members of the clergy. “We blush to add that a 'Minister of Christ', enjoying an ample income for preaching the gospel to the poor, has been the very foremost in treating this poor creature in a manner that must be pronounced unfeeling, cruel and disgraceful.”

At a subsequent Hospital Committee meeting held on 7 December, the decision to send Philippa back to Cornwall was reversed and she was told that she could remain at the Hospital for the rest of her life. 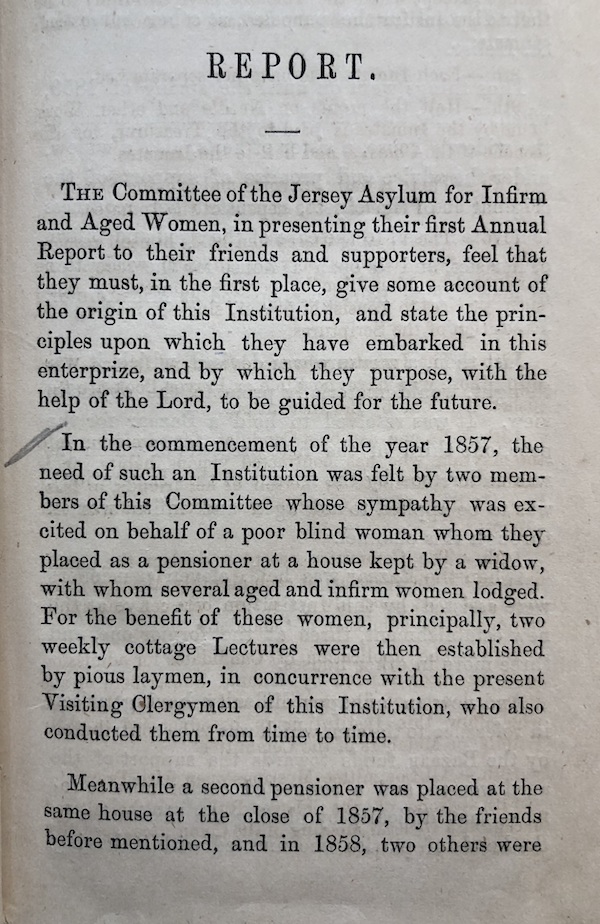 Pictured: The aim of the Jersey Asylum was to provide a home for respectable infirm and aged women.

The two women who had assisted Philippa went on to help form the Jersey Asylum for Infirm and Aged Women, which opened at 17 Regent Road in 1859.

The following year, a Committee was formed, made up entirely of women, including Philippa’s two helpers. The aim of the Institution was to provide a home for respectable infirm and aged women, who were in difficult circumstances and to supply them with Christian instruction. 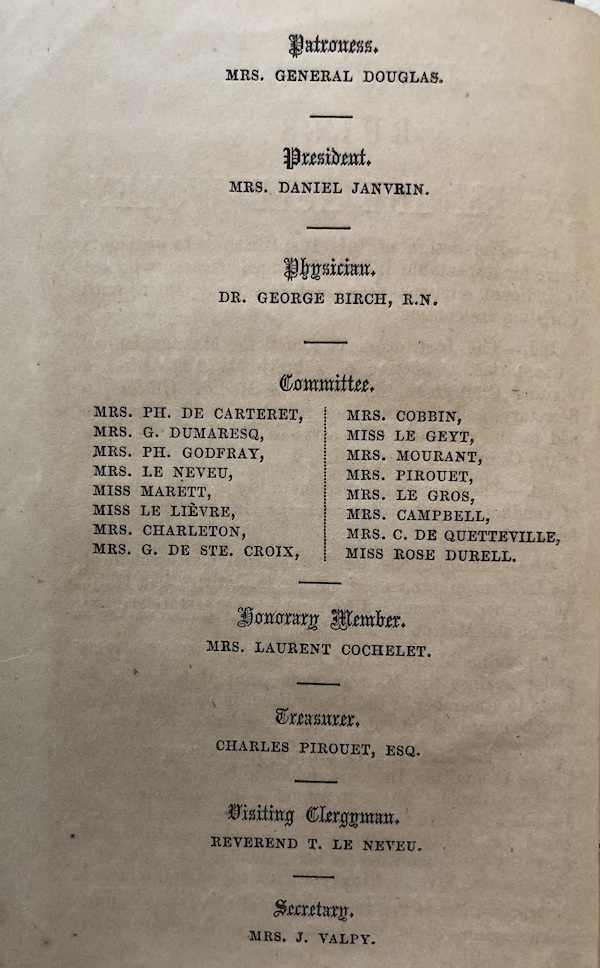 Pictured: It is unknown which members of the original Committee came to Philippa's aid.

Although the names of all the original Committee members are on a document at Jersey Archive, it is not known which two came to Philippa’s aid. But they left a legacy of kindness to her and other women, and the home survives today in the form of Glanville Ladies Residential Care in St. Mark’s Road.