LOOKING BACK: The importance of the Honorary Pigeon Officer 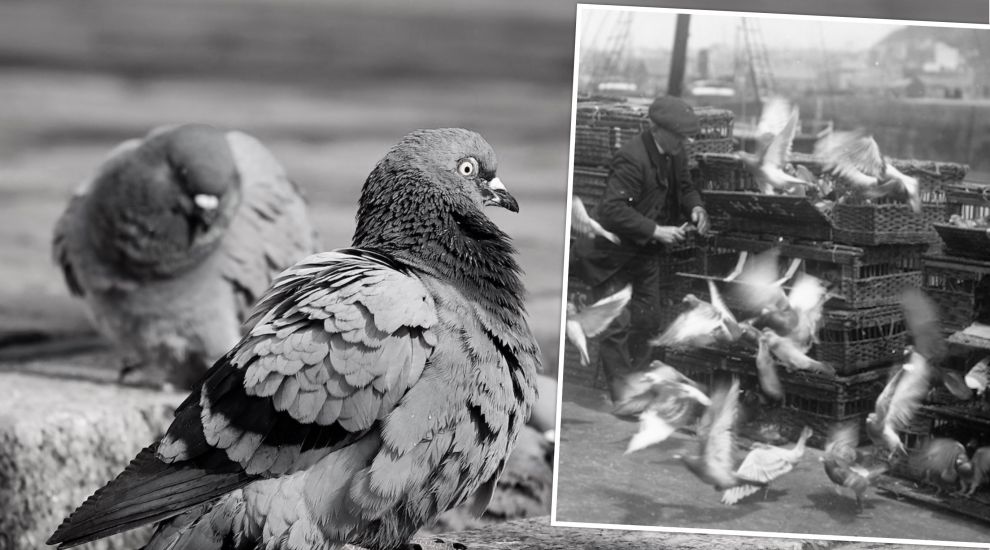 LOOKING BACK: The importance of the Honorary Pigeon Officer

If you were offered the job of ‘Honorary Pigeon Officer’ today, you might think that someone was pulling your leg. But over 100 years ago, this was a role of huge importance.

At the beginning of the 20th century, keeping pigeons was a popular hobby. However, following the outbreak of the First World War in 1914, the Home Office believed that carrier or homing pigeons owned by ‘enemy aliens’ in Britain could be used to send messages to enemy on the continent.

In that first year of wartime, Chief Constables along the east coast of England were required to visit owners of pigeons and release the birds. If a pigeon flew in the direction of mainland Europe, their owners would fall under suspicion.

As a result of the concerns expressed in England, Jersey established a licensing scheme for pigeon owners. It was the job of the Island’s Honorary Pigeon Officer, a voluntary position, to issue permits for pigeons to be kept and to carry out inspections. 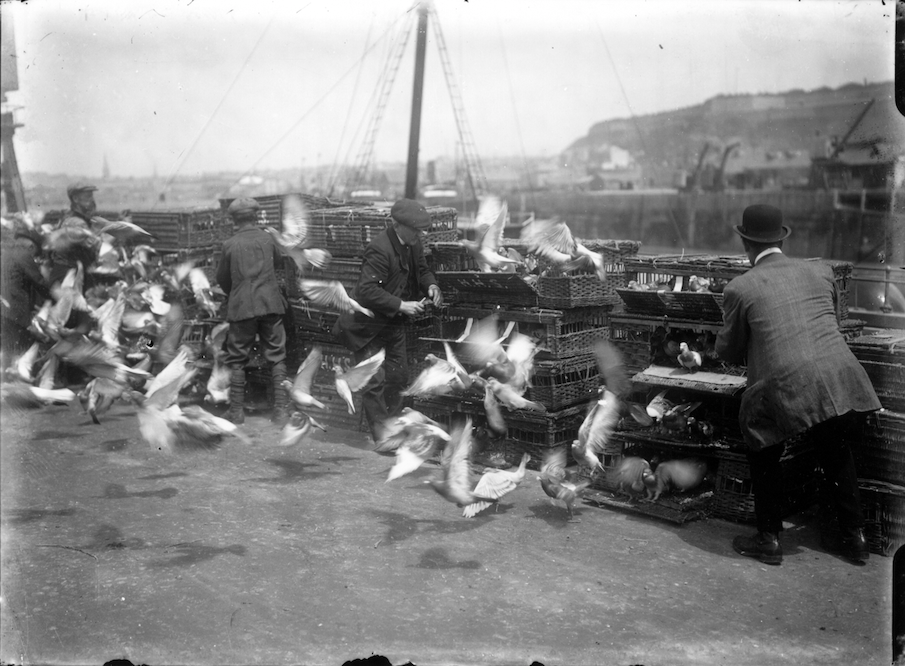 CLICK TO ENLARGE: Pigeons being released at the Harbour in 1914. (Société Jersiaise Photo Archive)

One such Pigeon Officer was John Cory, the owner of a butcher’s at Colomberie. His name appears in the Island’s Military Service Tribunal records, which are currently being digitised by Jersey Heritage.

The Tribunal was established as a result of the Military Service Act that was registered in the Royal Court on 23 February 1917. This Act allowed for all local men between the ages of 18 and 41 to be conscripted into the British Armed Forces. The Tribunal was part of the conscription programme and heard cases of individuals who appealed against conscription for a number of different reasons.

Applications could be made to District Tribunals on the grounds of three reasons; that a man’s employment or education was in the national interest; exceptional financial, business and domestic positions; and ill health or infirmity.

Certificates of Exemption could also be granted to men or classes of men employed by the States or their Committees and the certificates of exemption were Absolute, Conditional or Temporary. The Tribunals were given instructions to safeguard the interests of agriculture and the principal industries of the Island as well. 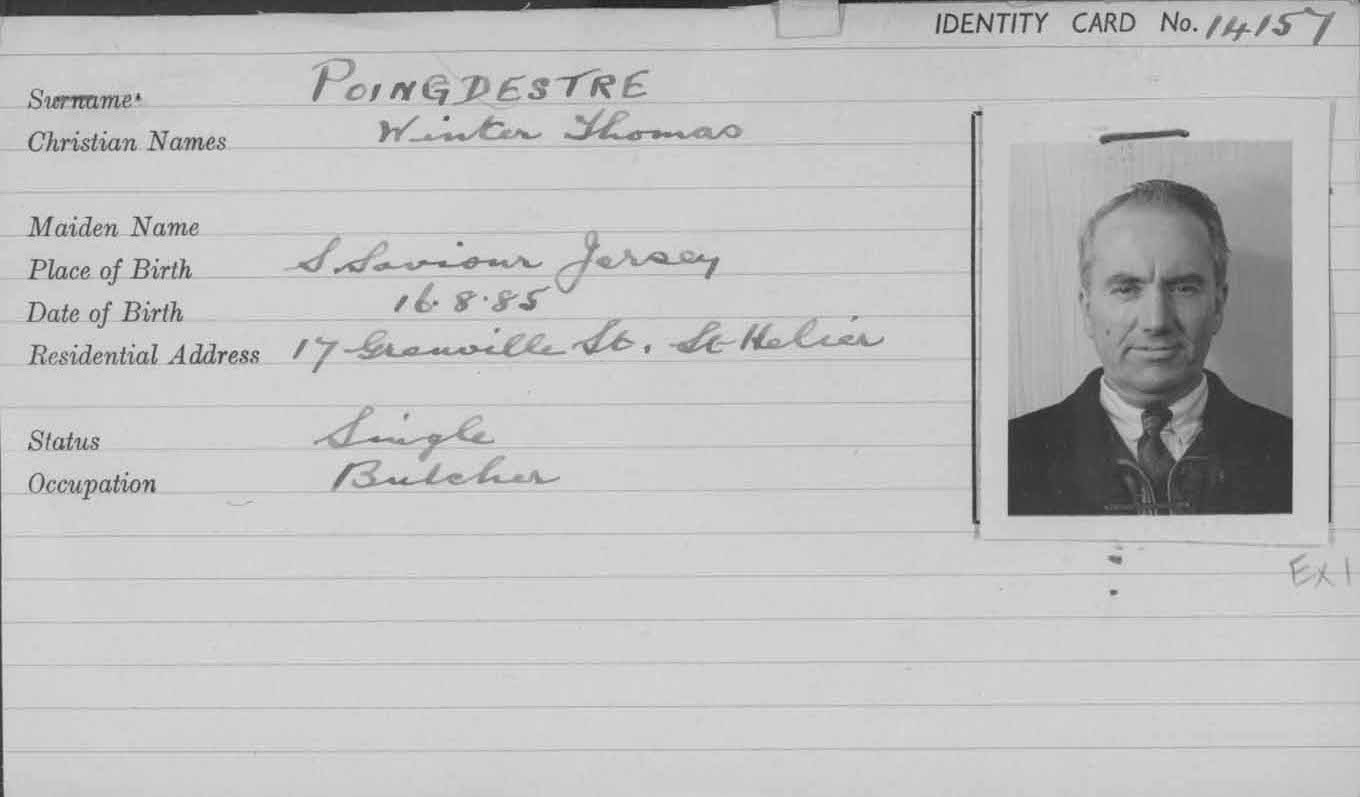 The Tribunal papers of Winter Thomas Poingdestre, a butcher who worked for John Cory, show the importance of the Pigeon Officer during the period.

The original application in Poingdestre’s file was from Cory and stated that the work that his employee carried out could not be done by a “woman, lad or old man”, as it included the movement of over 200lbs of beef and needed a strong man. Winter was granted a temporary exemption until the end of July 1917.

Cory appealed the decision and it was noted that he had been the Honorary Pigeon Officer for Jersey for the past two years. He told the Tribunal that this voluntary role meant that he had less time to spend on his business and therefore it was essential that he kept Poingdestre in his employment. He pointed out that as part of his work as Pigeon Officer, he had issued 450 permits and carried out nearly 500 inspections all over the Island.

Poingdestre eventually became a gunner in the Royal Jersey Artillery, survived the war and was still working as a butcher during the Occupation.

Although initially regarded with suspicion, pigeons were later used by the Army and Navy to communicate between troops and ships and became an important part of passing messages during the First World War.