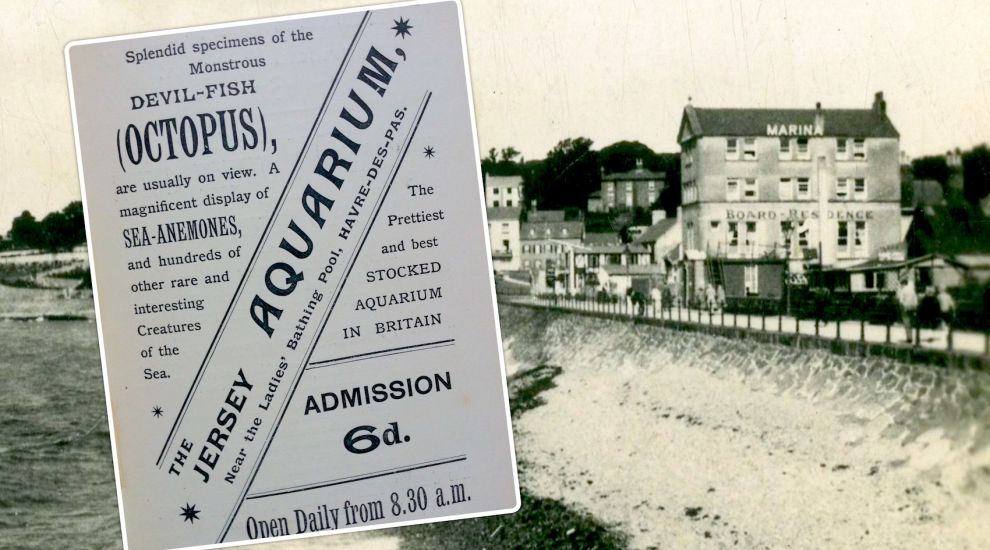 One of the most destructive gales in living memory has wrought havoc at Havre des Pas, badly damaging one of Britain's "prettiest and best stocked" aquariums.

That was the unfortunate news in 1899 that paved the way for the closure of Jersey Aquarium, which went on to become the Marina Hotel.

In this article, archivists dig into the history of spectacle along the Promenade...

An exciting new attraction always draws a crowd and it was no different in 1893 when an aquarium opened at Havre des Pas, displaying local marine life that many islanders would have never seen before.

The Jersey Aquarium and Biological Station was based in the building on the Promenade that was to later become the Marina Hotel, and it was opened by the Bailiff, Sir George Bertram, on 22 May that year.

Run by local naturalist Joseph Sinel and his son-in-law, James Hornell, the aquarium was intended as both somewhere for the public to see local fish close up and a place of study for researchers to learn more about local marine wildlife. 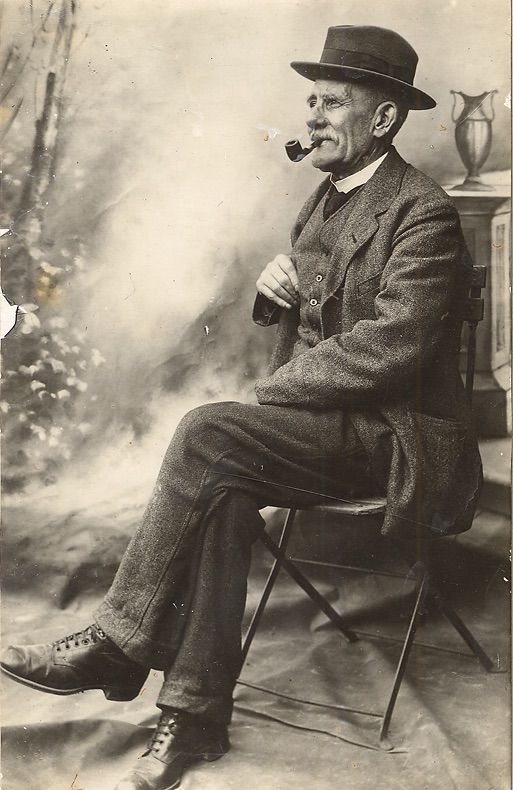 In his remarks at the Aquarium’s opening, the Bailiff said: “Henceforth young Jersey men and women who had been fired by reading of the discoveries of such men as Darwin would find the first steps of such a career within their reach.”

The Aquarium comprised three storeys, with the first being home to nine glass-fronted tanks on three walls, filled with local sea-life. The centre of the room was dominated by an enclosed pond, 20ft by 7ft in size, decorated with rocks and with a fitted fountain jet. Some of the species on display included anemones, crabs, rock gurnards, squid and dogfish.

Reporting on the opening, the Jersey Independent and Daily Telegraph, said: “Some of the fish rival in splendour those of tropical seas, and are but little known to the public, being never brought to the markets.”

It was also noted that the ground floor was being fitted for tanks for reptiles and green tree frogs. 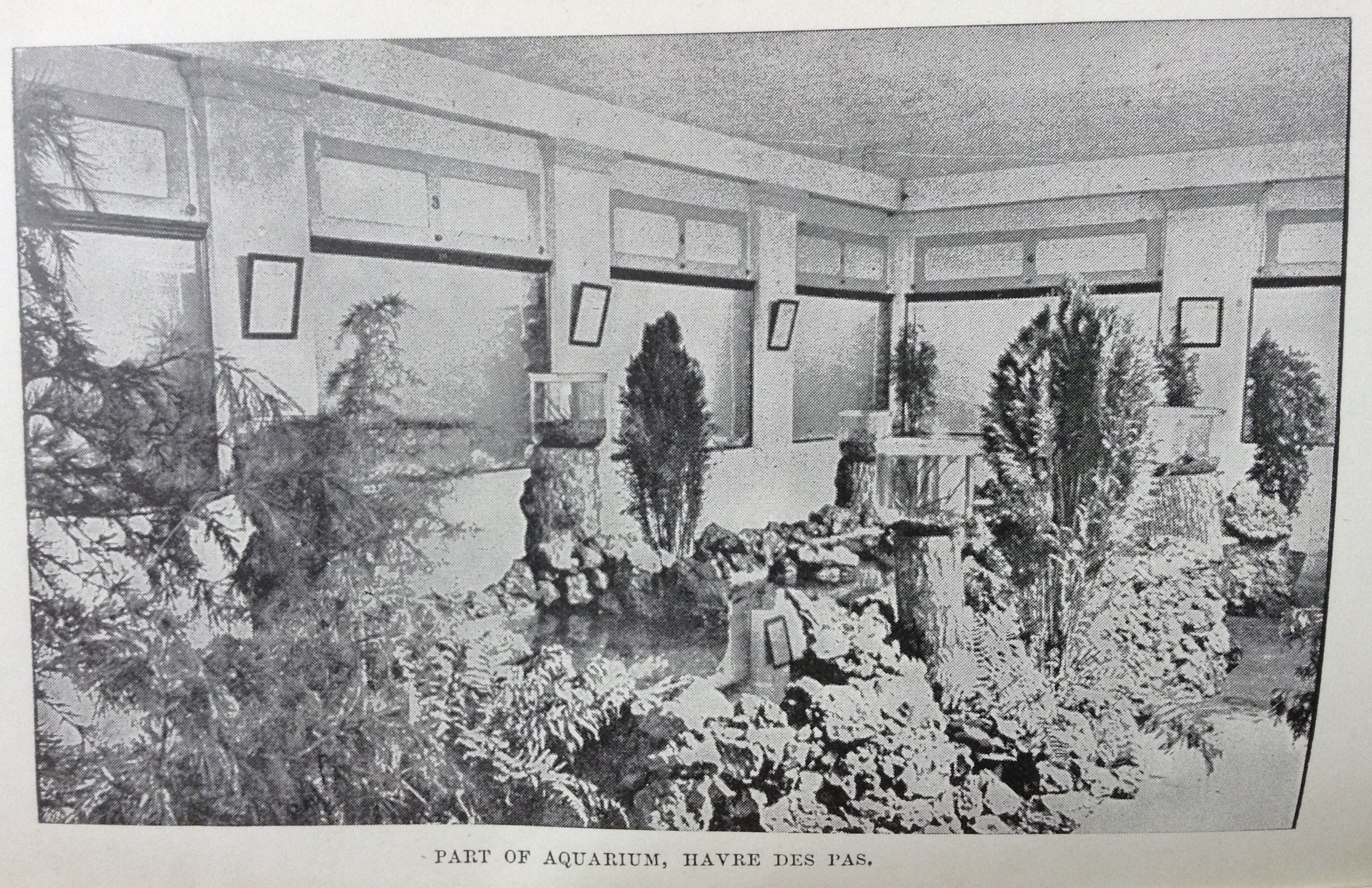 Pictured: An image of the aquarium featuring in a guidebook to the Channel Islands from 1896. (Jersey Heritage)

On the first floor, there was a series of small marine and fresh water aquaria, together with preserved specimens, as well as a library of scientific texts that could be accessed by members.

The top floor was a laboratory set aside for Sinel and Hornell to continue their scientific studies, and space for nine students to research.

The Aquarium proved to be popular with both islanders and visitors and it was noted in the local press on a number of occasions how busy it was on holidays and during the summer season.

Sinel and Hornell also continued their research, examining local tidal flow and studying interesting species found in local waters that were passed to them. 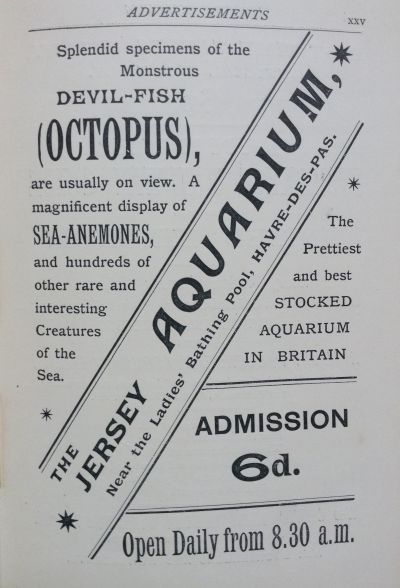 Pictured: An advertisement for the attraction promised "splendid specimens", like the devil-fish octopus, and billed it as the "prettiest and best stocked aquarium in Britain."

Unfortunately, the sea was to prove not only the making but also the downfall of the visitor attraction.

In February 1899, one of the most destructive gales that had been known to living memory took place, causing damage along the coast.

The Jersey Independent reported that the Aquarium suffered a massive amount of damage: “The big doors were broken open with the force of the huge seas driven against them; the windows were smashed and the iron hand rail leading down stairs was twisted up like a corkscrew. The fish tank was destroyed and a large number of fishes lost. The place this morning is a complete wreck.”

By 1901, it had been fitted out with equipment for the manufacture of aerated water. It was eventually put up for sale in 1903 and was sold to become the Marina Hotel. 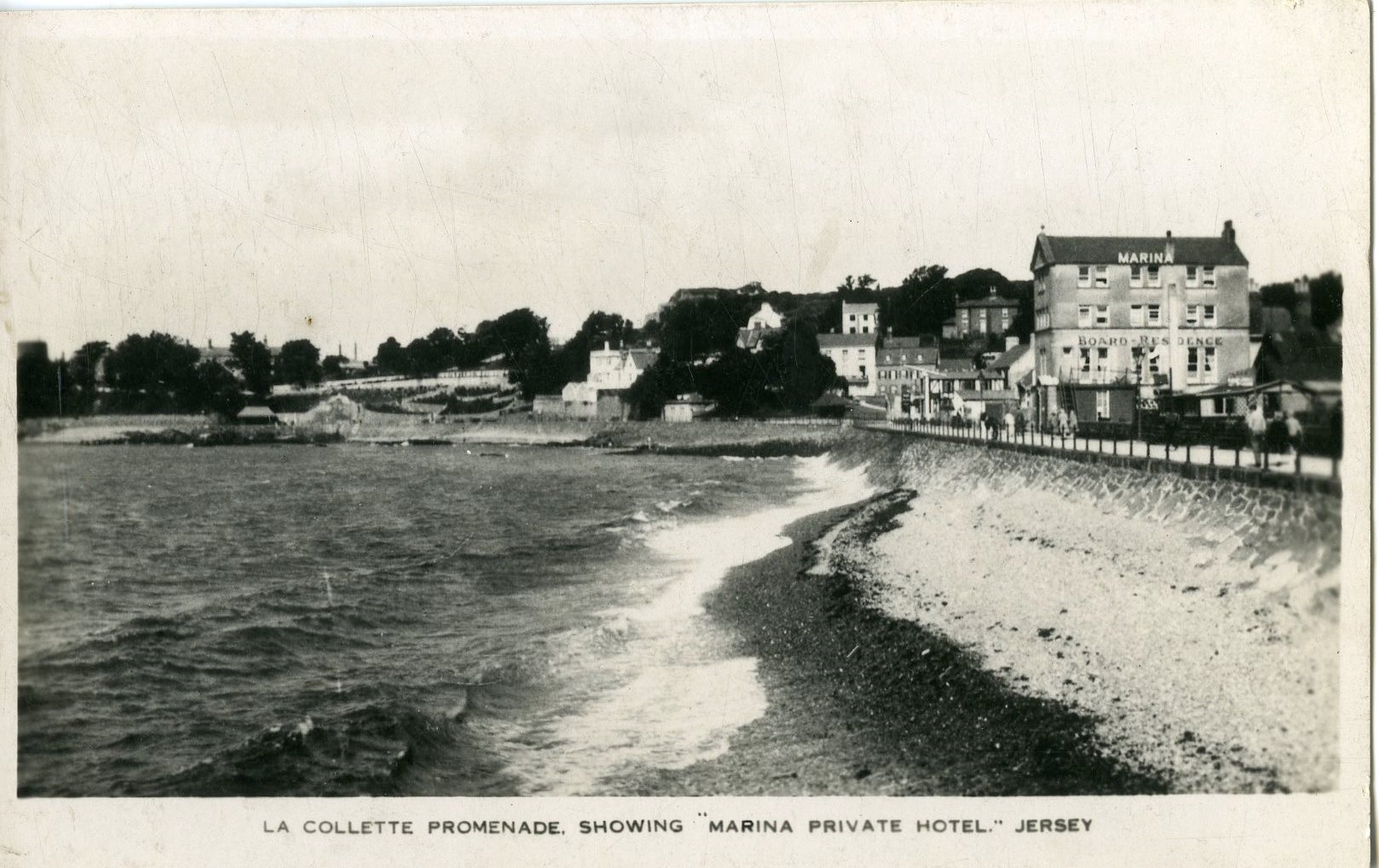 Pictured: The Jersey Aquarium was eventually put up for sale in 1903 and became the Marina Hotel, pictured here on a postcard. (Jersey Heritage)

James Hornell took up an appointment with the British Government in 1900 to investigate the pearl fisheries in Ceylon (now Sri Lanka). He remained in the region and studied fisheries, as well as becoming an expert in indigenous boats.

Joseph Sinel went on to become the Curator of the Société Jersiaise Museum in 1907, and he remained as such until his death in 1929, contributing greatly in that time to local historical research.