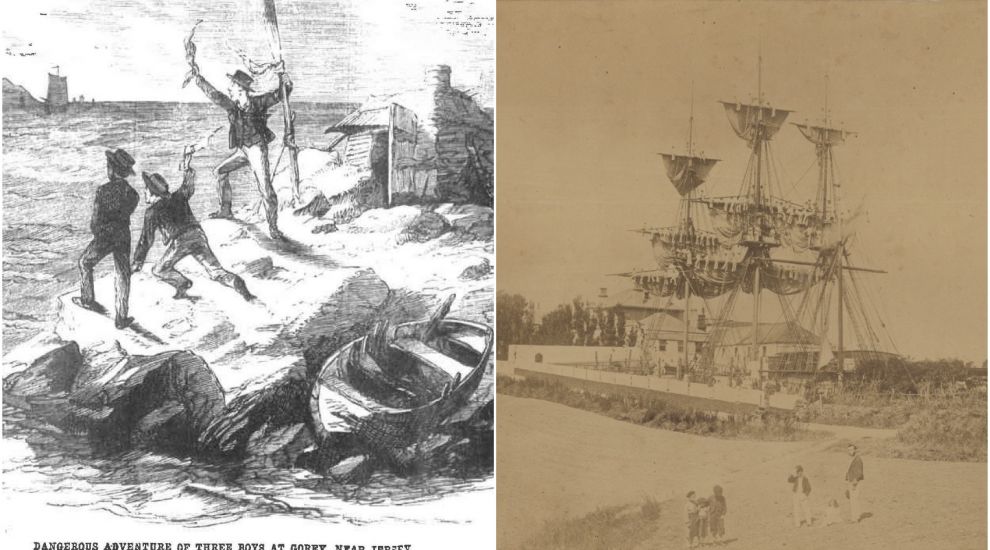 When daily life at a naval training school in Gorey proved to be too arduous for a trio of boys in 1867, they planned their escape - but their route to freedom took a dangerous turn.

The boys were part of a group of about 60 students at the naval training school, half of which were training to become pilots and the other half in ship drill. The school had opened in 1862 following the establishment of other naval schools, such as the Royal Naval School at Camberwell, London. 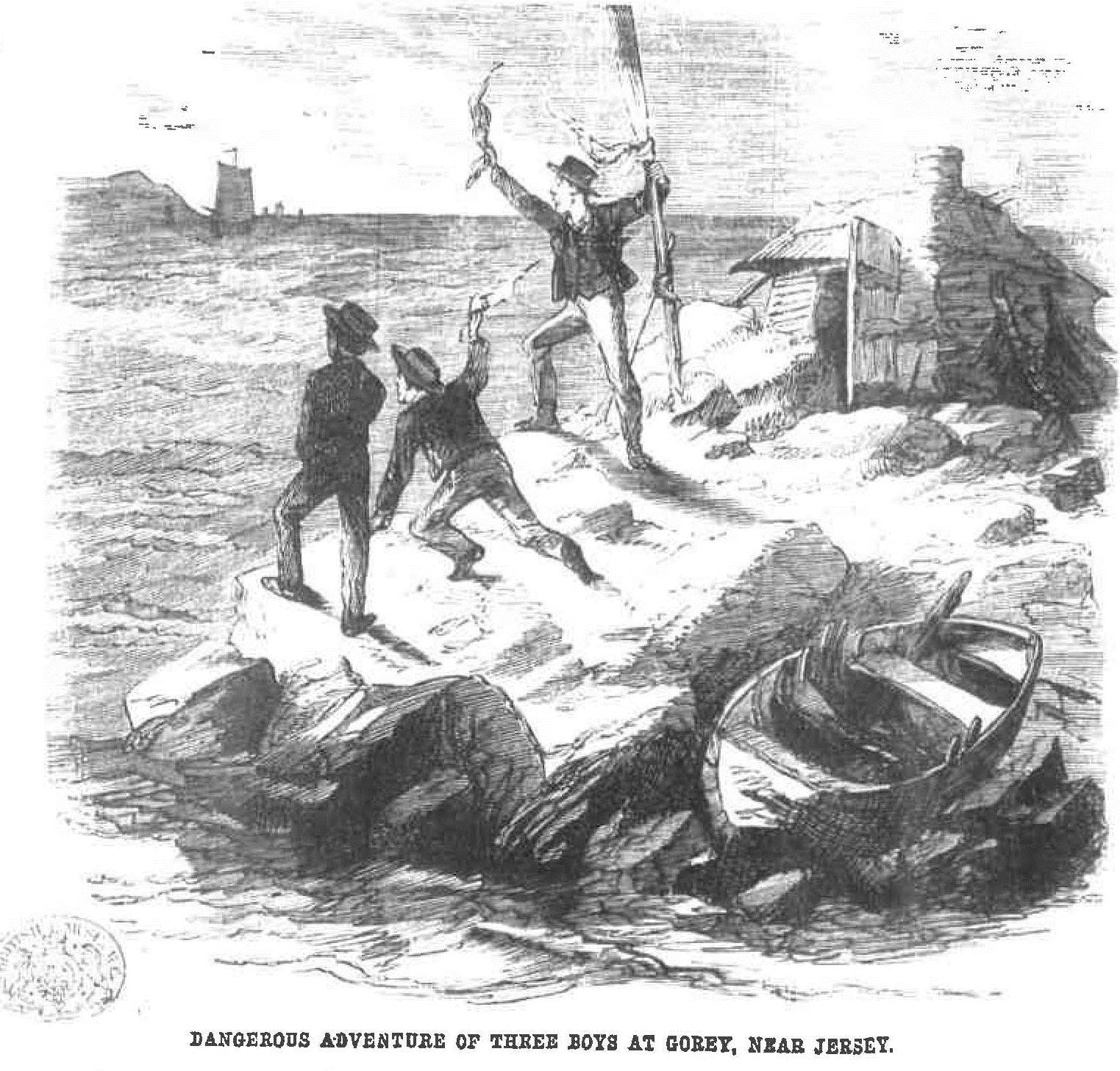 Pictured: The three boys took shelter in the Ecréhous after the weather turned rough. (Jersey Archive)

The Naval School aimed to produce boys who had the appropriate experience for life at sea – a common profession for many Jersey men in the 19th century. It included a fully rigged training ship, built in a field next to the school.

On Saturday 31 May 1862, the daily routine for the boys was described in an edition of The Jersey Independent: “Beside a daily rifle and cutlass drill of a thorough description, the young tars are initiated into the mysteries of making and shortening sail, reefing, shifting spars, sending yards up and down, etc.

“In the rigging house, the lads are taught knotting and splicing, the use of the palm and needle – and indeed all the knots, twists, splicing that appertain to a seaman’s duty.

“Occasionally an eight-oared cutter (of which there are two kept in the Bay for the purpose) is entered by Young Jack, and here he is taught how not to catch crabs...  and how to feather dexterously and pull lustily.”

But this strict, daily routine clearly didn’t agree with everyone who attended the school. When the three boys decided to abscond, they each took with them a revolver belonging to the institution. They stole a boat from Fliquet Bay and decided to make for the coast of France.

Unfortunately, they had chosen the end of October to make their escape and, as they set out, the weather turned rough, forcing them to take shelter on the Écréhous. Once they had landed, they sought refuge in one of the fishermen’s huts and remained there for two days with no food until they were seen by some fisherman who passed their temporary shelter. 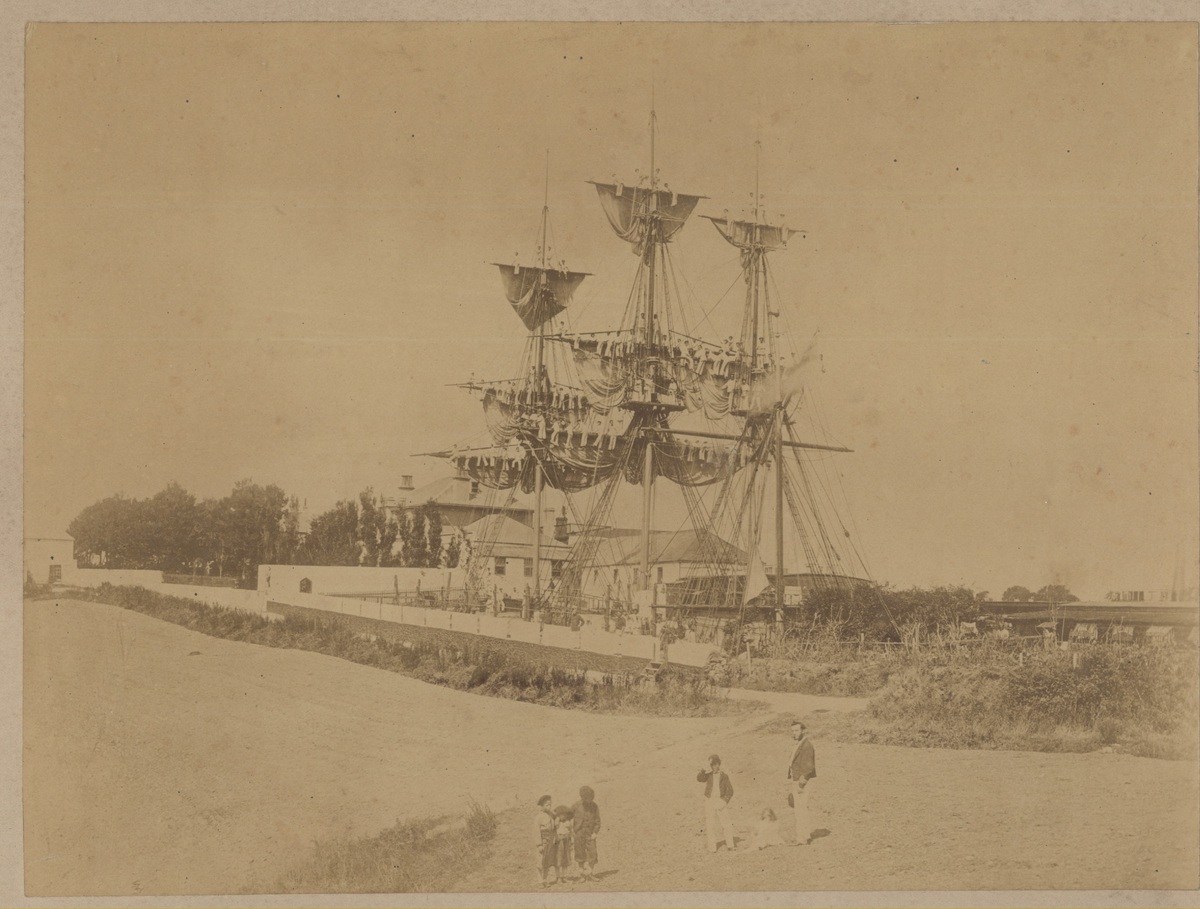 Pictured: The boys attended a Naval ship training college at Gorey. This photo of it dates back to the 1860s. (Jersey Archive)

The fishermen took pity on the boys and gave them their remaining food. However, they did not give them a lift back to Jersey, instead leaving them on the reef and returning to Jersey to inform the authorities at the Naval School that the boys were there.

The following day, the Naval School sent HMS Jersey to bring back the delinquents,who had kept a fire going for warmth using the boards of the boat in which they had made their escape. It’s not known what punishment awaited them on their return to Jersey.

In July 1869, the British Government announced that it was removing one of the Navy ships from Gorey and reducing the number of men on the other. By the end of the month, it was reported in the British press that the Naval School in Gorey had closed.